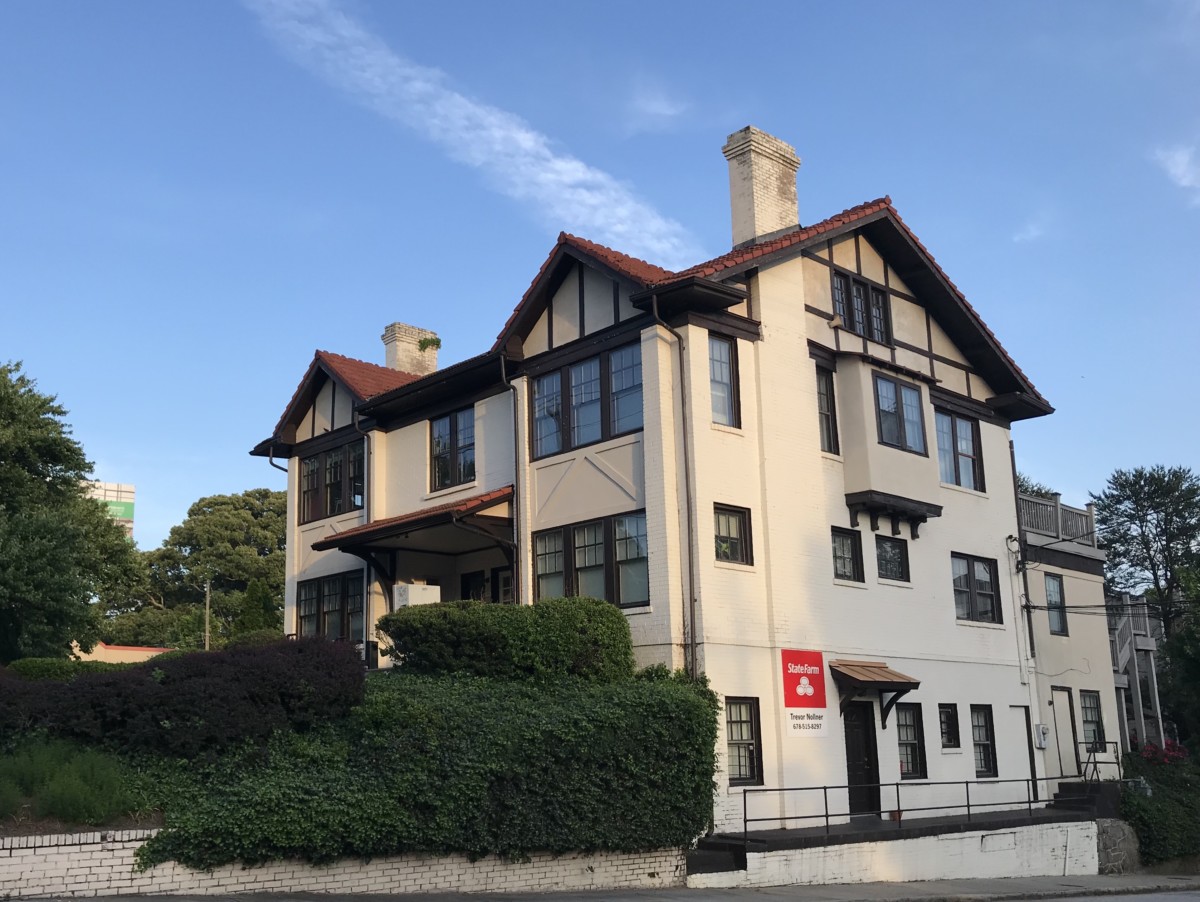 A century-old building on Ponce de Leon Avenue has a new lease on life.

The property owners of 881 Ponce de Leon had applied to the City of Atlanta for a demolition permit for the building at the corner of Ponce and Barnett streets so a JP Morgan-Chase bank branch could be built on that site.

But the city moved to have the structure, built between 1913 and 1918 as an apartment building, be protected with a historic designation. The Atlanta Urban Design Commission will vote on that designation on Wednesday afternoon. 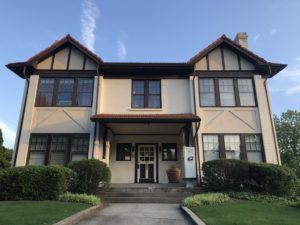 Instead of fighting the designation, the property owners have “embraced” the designation, according to Matthew Levin, a senior advisor for SVN who is representing the family that has owned the building since 1995.

“The nomination caught them off guard,” Levin said. “They had no idea there was historic significance to the building. After considering it, they decided to embrace the designation. They want to work with the city and the neighborhood to figure out what can be done with the property.”

For Tim Keane, the city’s planning commissioner, the property owners should be commended for their willingness to preserve the building.

“A bank branch is as cookie cutter as cookie cutter gets,” Keane said. “People need to preserve, protect and redevelop these buildings. They are part of Atlanta’s fabric. Preserving historic buildings gives a city so much more depth.”

The building has had a colorful history over the past 100 years. 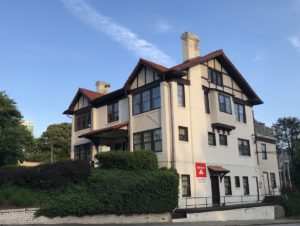 Shortly after it was built, the building was named the Virginia Court Apartments. At the time, there was a “proliferation of speculative residential apartment development” along corridor – spurred by the expansion of a streetcar along Ponce de Leon, according to the city’s report on the building’s significance.

It is the only historic building on the block between Barnett Street and Linwood Avenue. It was designed by architect DeFord Smith Sr., an important local architect who became well-known for his historical revival residential designs in several close-in neighborhoods, such as Druid Hills, Atkins Park.

The building “is an exceptionally fine example of a style, type, and period of construction that is typical of the City of Atlanta,” according to the city’s report. “Completed in 1918, the frame and brick veneer constructed building is an example of a ‘hotel type’ apartment designed in the English Vernacular Revival style. Low-height apartment houses / garden apartments became a common residential building type in Atlanta during the late-nineteenth and early twentieth centuries for moderate and middle-income city residents who primarily lived in neighborhoods and along major corridors serviced by streetcar transit.” 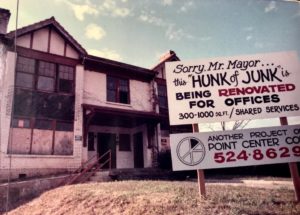 The city went on to say the building conveys a sense of time and place, retaining the feel of an early 20thCentury apartment building that once characterized the streetcar-oriented, mixed commercial and residential urban setting along Ponce de Leon.

By the mid 1980s, the apartment building at 881 Ponce had become dilapidated.

“The building was on its last legs,” said Kelly Jordan, who along with other partners, bought 881 Ponce in 1986 and renovated it 1987. It then became the home for his development company as well as 10 other small businesses.

Andrew Young, then Atlanta’s mayor, had made news – calling the Castle, a historic building on 15thStreet off Peachtree Street, as a “hunk of junk.” Young was supporting the redevelopment of that site into a major corporate development.

Jordan poked fun at the mayor when he put up a sign in front of 881 Ponce: “Sorry Mr. Mayor… this ‘HUNK of JUNK’ is being renovated for offices.” That ended up being covered by the New York Times – complete with a photo of the building and the sign. 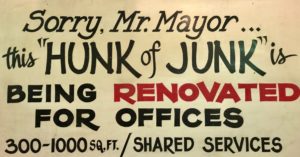 By the way, Jordan is now the photographer for SaportaReport.

In 1995, Jordan entered into a real estate transaction with the current owners of 881 Ponce, a deal that involved a property exchange as well as the sale of the adjacent drug store, now a Rite Aid.

Levin said the family now is taking a fresh look at the property – including a possible redevelopment of the adjacent land to complement 881 Ponce.

“Up until the nomination, the owners had not considered it to be an historic building,” Levin said. “The building is going to be there past their lifetime. There could be some great possibilities.” 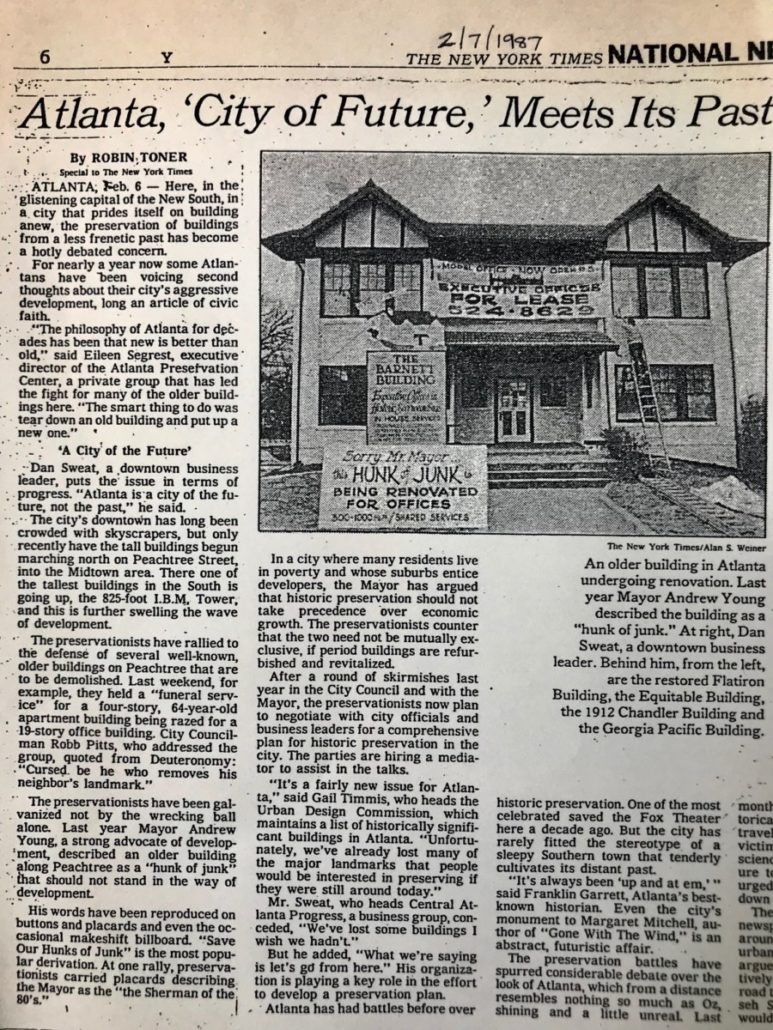 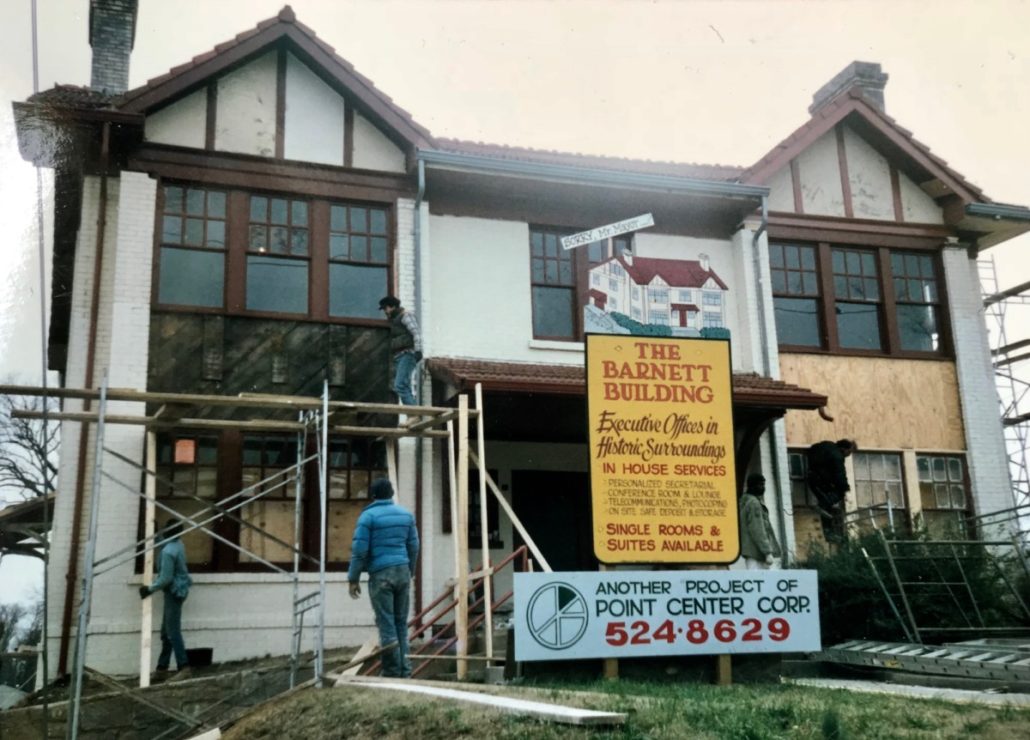 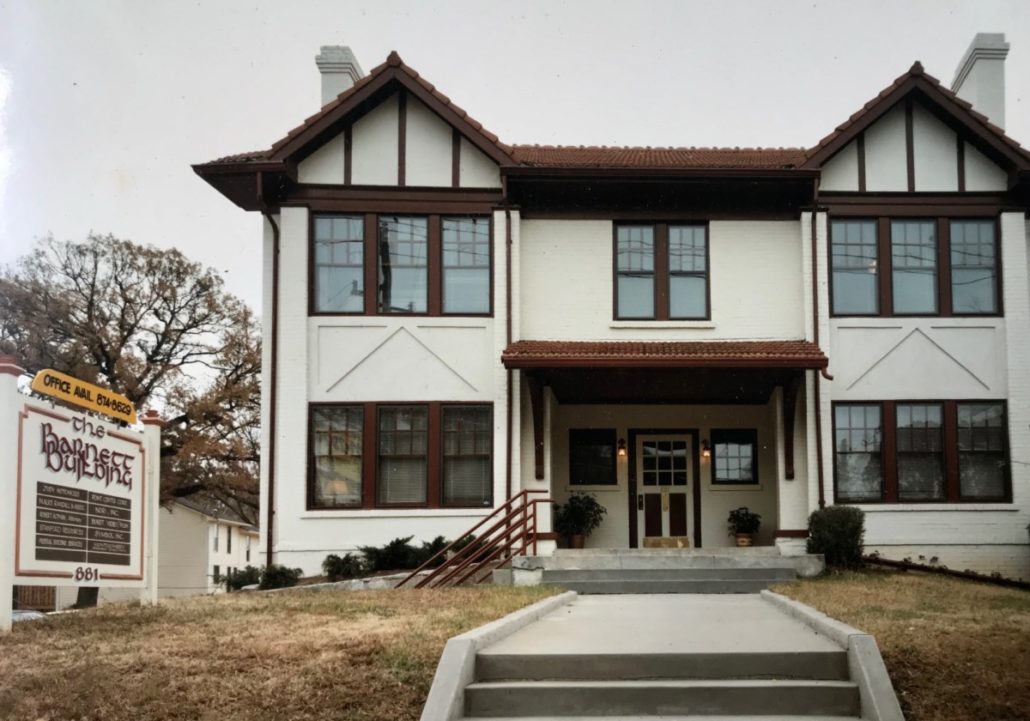