What began as a modest pumpkin stand in 1972 has since taken root and grown into a farm boasting 70 acres of the classic autumn vegetable. Burt’s Pumpkin Farm — a family-run business owned by Johnny and Kathy Burt — recently turned 50 years old. 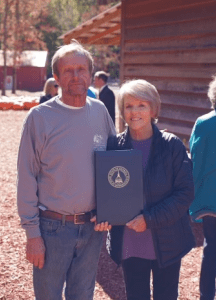 Today, the North Georgia farm features countless rows of pumpkins and other fall-time classic activities. And while the Burts’ pumpkin farm dates back five decades, the history of the farm goes even further.

In 1826, Johnny’s great, great-grandfather settled onto 1,600 acres with permission from the local Cherokee Nation tribe, where he made and sold whiskey. The land was later confiscated by the federal government due to failure to pay taxes, but he was able to buy back around a third of his original plot. The other portion of the land is now part of Amicalola Falls State Park.

Keeping the land in the family, Johnny and Kathy started the pumpkin stand in 1972 in the front yard of his grandfather’s home. For the next twenty years, the Burts sold pumpkins from their yard, along with their three children.

“[The North Georgia mountains are] the only home I have ever known,” Johnny said. “I love the land.” 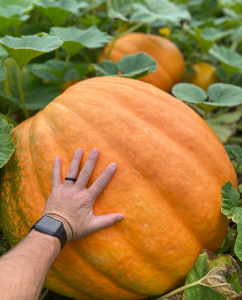 Today, the family-run business sells up to 150,000 pumpkins each year. Their peak season is September to November, growing around 30 varieties of pumpkins — oversized “prizewinners,” the blue “jarrahdale,” “pink dolls” and sizable “polar bear” pumpkins.

The “prizewinners” are giants in the pumpkin world, with Burt’s largest weighing around 360 pounds. The pumpkins at Burt’s Farm reach that enormous size naturally, Johnny explained, compared to record-breaking pumpkins that are grown specially and can weigh over 1,000 pounds.

Burt’s Farm includes other autumn classics, like a hayride — featuring talking pumpkins — and a country store. For the store, the team makes pumpkin-based foods, like calabash stew, and their own patented beauty care products. The team “grinds up and juices” the pumpkins to craft face moisturizer, body lotion, shampoo and body wash. One year, T.V. host Mike Rowe and his production crew visited the farm and helped make shampoo. “That was a trip,” Johnny said with a laugh. 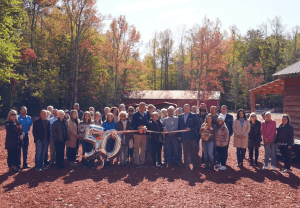 After fifty years of business, Johnny is proud of the farm and its legacy.

“It’s quite an accomplishment,” he said. “I look back and sometimes say to myself, ‘How did we get this far?’ It took time but we’ve come a long way. God has really blessed us; It’s been a good life.”

Now in his seventies, Johnny intends to pass the farm to the next generation, keeping alive the farm that is meant for families, by the Burt family.

“We have some people that still come who [were here] when we first started in our yard,” Johnny said. “We try to keep it family-oriented because I love the idea of all these kids coming back and bringing their children or grandchildren.”