By the shortest of straws, Democrats win the week in the South 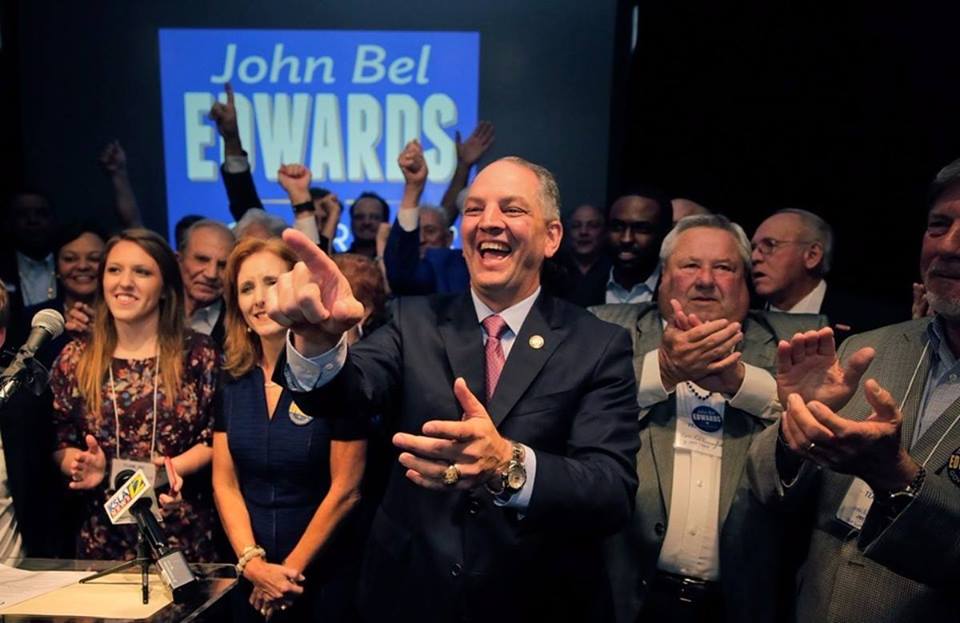 Not for the first time, an election in Mississippi, this an important one, came down last week to a solemn game of chance.

Mississippi law requires that a tie in a multi-county legislative race is to be settled by the drawing of lots — for this occasion, green and red plastic straws in souvenir silver cases — in the presence of the governor and secretary of state.

“Not that I would say that I would agree with it,” Republican Gov. Phil Bryant said Friday, as he looked on sternly at the drawing to decide a 4589-all tie between incumbent Democrat Bo Eaton and Republican challenger Mark Tullos. A win by Tullos would give Republicans a super majority in the state House of Representatives, allowing the GOP caucus to completely bypass Democrats on most issues.

“I’m a Southern Baptist, but I have about a quarter Presbyterian in me, so I believe whatever will be will be,”  Eaton, obviously a politician with a keen sense of both dogma and demographics, quipped before the drawing.

It was. Eaton pulled the case with a long green straw out of a velvet bag, saving his party from the final stage of legislative collapse. This closest of victories could be short-lived, because there may be a House challenge to the election. But for the moment, that green straw served as a colorful embellishment to what by Saturday night was the best week Democrats in the South have had in a while.

Democratic state House minority leader John Bel Edwards solidly defeated U.S. Sen. David Vitter, once considered a prohibitive favorite in the Louisiana governor’s race. The victory was somewhat of a salve to Democrats for the loss of the Kentucky governorship earlier this month to Republican Matt Bevin.

But maybe only somewhat. The first thing to note about Edwards’ victory Saturday is that it extended one of the most consistent patterns in modern politics. With a single kink in the chain, no two governors of the same party have succeeded each other in Louisiana since Edwin Edwards succeeded John MeKeithen in 1972. The only kink is Buddy Roemer, who broke the string when he entered office as a Democrat in 1988 but soon switched parties.

It’s hard to see Edwards, a pro-gun, anti-abortion Democrat who made good use of the state’s unique general primary system, as much of a harbinger for Democrats elsewhere in the South, but that doesn’t mean his election was unimportant for the region as a whole.

The biggest impact is that Edwards has pledged to move quickly to accept the federal Medicaid expansion, and has signaled his seriousness by naming another strong proponent of expansion as his chief of staff. This was not a referendum on Medicaid expansion, since Vitter also said he might consider the idea. But it will put more pressure on states elsewhere in the region, such as Georgia, to reconsider the brutal arithmetic of standing pat.

The election also confirmed an old lesson which must be relearned from time to time, that arrogance will ultimately demand its fee. All the early confidence in Vitter was based on the assumption that his involvement in a 2007 prostitution scandal, which, based on other accusations, may have been part of a longer pattern, wouldn’t hurt him, anymore than it did in his 2010 Senate reelection campaign.

Edwards, a West Point graduate, waited until after he’d finished ahead of Vitter in the first round of the primary to pull out the heavy guns, then leveled one of the toughest attack ads of recent years, with a healthy buy during the Alabama-LSU game.

Edwards isn’t related to Edwin, but family ties helped him in this race. His father and brother are parish sheriffs, and sheriffs figured big in this race, particularly after the arrest of a private investigator linked to Vitter for spying on the Jefferson Parish sheriff and other politicos at a Metarie coffee shop. Local political factors can still, sometimes, work in favor of Southern Democrats.

Lastly, there could be something to be learned from Vitter’s failure, in the closing days of the campaign, to move the race by raising the Syrian refugee issue, complete with footage in a late-breaking ad from the Paris terrorist attacks. With more time or another candidate, such appeals might have worked. But not last weekend.