The Captain Planet Foundation has named Leesa Carter as its new executive director.

Carter has been executive director of the Georgia Chapter of the U.S. Green Building Council, will take over the organization “dedicated to high quality programs that empower youth to become global environmental change-makers,” according to a news release.

She has had years of experience in executive-level nonprofit management and sustainability programming in schools.

“I am very excited about Leesa joining the Foundation as the new executive director,” said Laura Turner Seydel, chairperson of the Captain Planet Foundation. “The Captain Planet mission continues to grow in the U.S and around the world. Leesa’s passion and energy will allow the Foundation to teach and inspire a whole new generation of kids about the environment.” 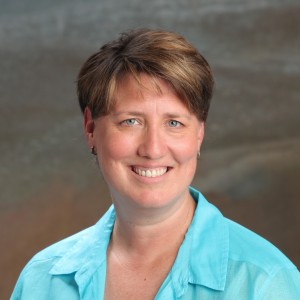 Interim executive director and longtime board member Christina Stevens will continue to serve on the Foundation’s board.

“It has been an honor to serve as the Captain Planet Foundation’s interim executive director,” said Stevens. “We are excited for Leesa to step in and take the Foundation to new heights.”

“I believe the work of the Captain Planet Foundation is a vital part of the solution for our planet. Like the Captain Planet Board, I believe we can’t afford to raise another generation without honoring and supporting the fact that every child holds a key to solving the environmental problems plaguing our communities,” Carter said in a statement. “In their fertile and imaginative brains lie the solutions to pollution, widespread implementation of renewable energy, water quality and access for every human, a healthy food economy, habitat protection for all the world’s inhabitants, and the means to a ‘sustainable global future’ in the true sense of the phrase. It is our job to give these student change-makers the tools, funding, and best practices to solve and implement their answers.”

The Captain Planet Foundation was co-founded in 1991 by Ted Turner and Barbara Pyle.

The mission of CPF is to promote and support high-quality educational programs that enable children and youth to understand and appreciate the world through learning experiences that engage them in active, hands-on projects to improve the environment in their schools and communities.

CPF is committed to making a global impact, with a history of more than 3,000 projects throughout the United States and around the world.

For more information about the Captain Planet Foundation, visit captainplanetfoundation.org.