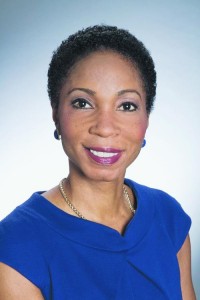 The outgoing CEO of CARE – Helene Gayle – will become the inaugural CEO of the McKinsey Social Initiative, a new nonprofit arm of the consulting giant.

Gayle, who had announced in October her intention to step down as CARE’s CEO at the end of June, sent an email to her colleagues Thursday morning informing them of her next career move.

“MSI is a new nonprofit organization founded by the global consulting firm McKinsey & Co.,” Gayle wrote. “It aims to apply the knowledge and resources of McKinsey to the world’s most critical and challenging social issues with a focus on developing pioneering public/private solutions.  MSI will develop programs targeting a range of global social issues, the first of which is Generation, focused on reducing global youth unemployment.  Besides being able to contribute to an inspiring mission, it is exciting to have the opportunity to help shape and build a new organization.”

After a Metro Atlanta Chamber board meeting Thursday morning, Gayle said the new position would mean that she would be leaving Atlanta.

Her new position will be based in Washington, D.C., she said, but she quickly added that “I will make sure I come work out of the Atlanta office regularly.”

Gayle said she had explored opportunities to stay in Atlanta, but in the end she was most passionate about continuing her work in the field of global social change.

Gayle serves on the board of the Atlanta-based Coca-Cola Co., and she has spent large portions of her professional career in Atlanta working at the Centers for Disease Control and Prevention and CARE.

She has been a driving force behind getting the numerous global health and development organizations in Atlanta working together to address the issues of poverty, water, international aid and women’s issues in the developing world.

In her email to CARE employees, Gayle said that when she announced her intention to retire in October, she did not have any specific plans.

“I knew I wanted to continue being able to contribute to creating positive social change globally,” she wrote.  “I also wanted to find a role that would allow me to leverage my experience working across the government, private philanthropy, NGO and private sectors.  Having explored a range of possibilities, I was excited to find a role that I believe will allow me to uniquely fulfill those objectives.”

Gayle purposefully gave CARE a long lead time to find a replacement so that the international organization would not be without a leader.

“In the meantime, until I step down from CARE at the end of June, I will be dedicated to continuing to meet our key goals for fiscal year 2015 and laying the groundwork for a smooth transition in leadership,” she said. “The search process is on track to name the next CARE CEO within this timeframe.”

In an interview when she announced her resignation, Gayle said she felt it was important for organizations to have new leadership every seven to 10 years. She joined CARE as its CEO in 2006 after serving as for the Bill & Melinda Gates Foundation as director of its programs on HIV/AIDS and other global health issues.

“As I mentioned to you in October when I first announced my plans to step down as CEO, the decision to leave CARE was far from easy,” she wrote to colleagues. “I am constantly inspired by our people and the work that we do around the world. I still wake up every day proud to be a part of such an incredible organization. But as I also know, change is good for people and for organizations.”