A new CEO of the Carter Center has been named by its board of trustees, according to an announcement made Tuesday afternoon by the Atlanta-based organization.

Ambassador Mary Ann Peters will become the Carter Center’s new CEO on Sept. 2, succeeding Dr. John Hardman, who has held the position since 1992. 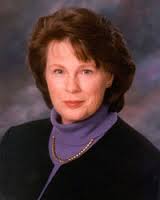 As the new CEO for the Carter Center, Peters will provide vision and leadership for organization, which has a host of programs and operations all over the world.

The Carter Center is the not-for-profit, nongovernmental organization founded by former U.S. President Jimmy Carter and his wife, Rosalynn, in 1982 to “wage peace, fight disease, and build hope” worldwide. The Center has improved the quality of life for many millions of people in 80 nations by resolving conflicts; advancing democracy, human rights, and economic opportunity; preventing diseases; improving mental health care; and teaching farmers in developing nations to increase crop production.

“Ambassador Peters brings a lifetime of experience in global affairs to fulfilling the Carter Center’s mission to advance human rights and alleviate human suffering,” said Oz Nelson, chairman of the Carter Center’s board of trustess, in a release. “We look forward to her counsel and leadership as the Center furthers the courageous and ambitious charge set by Jimmy and Rosalynn Carter to do all we can to build hope for those most in need.”

Ambassador Peters’ commitment to world peace and human rights and her diplomatic expertise bring principled and experienced leadership to the Center’s critical mission to secure basic human rights worldwide,” President Carter said. “I also wish to thank Dr. John Hardman for his many years of effective and passionate service to The Carter Center, which has made a profound difference to our programs and ultimately to the lives of many millions of people.”

Before becoming provost of the U.S. Naval War College, Peters was dean of academics of the College of International and Security Studies at the George C. Marshall European Center for Security Studies in Garmisch – Partenkirchen, Germany.

Prior to becoming dean of the college, Ambassador Peters served as associate director for international liaison at the Marshall Center.  She also spent more than 30 years as a career diplomat with the U.S. Department of State including her four year tenure as the U.S. ambassador to Bangladesh.

There she led the mission’s efforts in support of the war on terrorism and other key U.S. foreign policy goals. Peters received a Presidential Meritorious Service Award in 2003 for her work in Bangladesh. Prior to her posting in Dhaka, Ambassador Peters was the deputy chief of mission at the U.S. Embassy in Ottawa, Canada, responsible for the management of the embassy and supervision of the six U.S. consulates general in Canada.

From 1995 to 1997, Ambassador Peters served in the White House as director for European and Canadian Affairs at the National Security Council. Among other portfolios in this position, Ambassador Peters worked on the diplomatic and security aspects of the search for peace in Northern Ireland.

From 1993 to 1994, Ambassador Peters served as deputy assistant secretary of state with oversight responsibility for U.S. relations with 19 Western European countries and Canada. In this capacity she acted as the U.S. chair of the U.S. – Canada military coordination body, the Permanent Joint Board on Defense.

A senior diplomat, Ambassador Peters also has served in Sofia, Bulgaria, as deputy chief of mission; in Moscow as economic counselor; and in Mandalay, Burma, as principal officer. From 1988 to 1990, Ambassador Peters was the deputy director of the Office of Pakistan, Afghanistan, and Bangladesh Affairs in the State Department. She began her career as a vice-consul in Frankfurt, Germany, in 1975.

Ambassador Peters holds a Bachelor of Arts degree from Santa Clara University and a Masters of International Studies from the Johns Hopkins School of Advanced International Studies. Her formal education also included courses at the Institut d’Etudes Politiques in Paris.

Ambassador Peters is a member of the Council on Foreign Relations and Women in International Security.