Catholics to have role in determining Senate runoff results

By Guest Columnist SUSAN VARLAMOFF, retired director of the University of Georgia’s Office of Environmental Sciences

As Georgia is the political epicenter of the nation with two U.S. Senate runoff races, the 1.2 million Catholics in the state may play an outsized role in deciding which party controls the Senate. 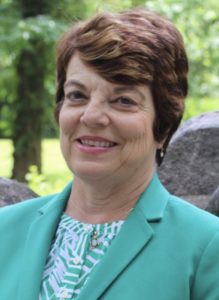 In a Nov. 11 op-ed published in The New York Times, Michael Wear states that President-elect Joe Biden won Catholics nationally – an 8-point, 3-million vote swing from 2016, in the preliminary accounting.

It seems Pope Francis, leader of the Roman Catholic Church, and Catholic President-elect Joe Biden, share several common priorities – climate change, caring for the poor and immigration. In fact, when Pope Francis congratulated the president-elect on winning the electoral college vote, he expressed an interest in working with Biden on these issues.

Five years ago, Pope Francis issued an environmental encyclical, Laudato Si, calling on the people of the planet to “hear the cry of the earth and the cry of the poor.” He emphasized our interconnectedness with the earth and one another and the imperative to act on climate change. 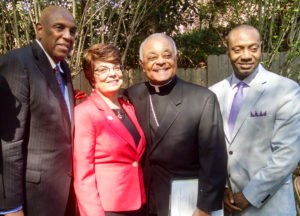 In Georgia, we took his plea seriously. A group of University of Georgia faculty of various faiths and disciplines developed a Laudato Si Action Plan, commissioned by former Archbishop Wilton Gregory, who is reassigned to Washington D.C. and promoted to cardinal. The Action Plan provides practices – from simple and inexpensive to more complex and costly – for parishes, schools, and those in the pews, to mitigate climate change and minimize their environmental footprint. From planting native trees to turning off the lights and water, recycling and eating lower on the food chain, everyone can do something and have an impact. “All of us can cooperate as instruments of God for the care of creation, each according to his or her own culture, experience, involvements and tradition,” said Pope Francis. 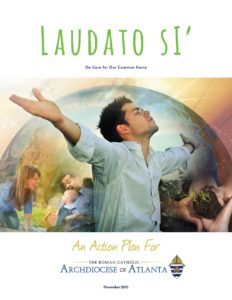 The environmental ‘Action Plan’ for the Roman Catholic Archdiocese of Atlanta builds upon Pope Francis’ second encyclical letter, which identified the ‘urgency of the challenge we face’ regarding ‘the present ecological crisis.’ Special: Susan Varlamoff

Every parish in Georgia is engaged in some aspect of caring for creation. Sustainability Coordinators Brian Savoie and Leonard Robinson work for the archdiocese and are funded by local Catholic philanthropists. While helping to lead and coordinate a wide range of sustainability efforts across the archdiocese, they organize energy, water, and waste audits through Georgia Interfaith Power and Light and have the data inputted into EPA Portfolio Manager, which measures reductions throughout the archdiocese. Matching grants are offered through GIPL to upgrade facilities based on the recommendations in the audits to reduce energy and water use. Three-year sustainability plans are drawn up by parishes undergoing audits. Partners and funds are being actively sought to sustain the project aligned with the Pope’s Laudato Si initiative.

Catholics in Georgia have learned through their priests at Mass the moral and spiritual imperatives of caring for the earth and one another. Creation Care Teams are actively seeking ways, with input from parishioners, more efficient ways to operate their churches, schools, and facilities and to green their campuses. During his time in Georgia, Archbishop Gregory showed leadership on climate change by appearing on a panel at a 2017 Georgia Tech Climate Change Conference to speak about the moral importance of mitigating climate change and re-engaging in the Paris Climate Accord. Recently, Cardinal Wilton Gregory stressed, “This is not a Catholic issue, this is a human issue.” 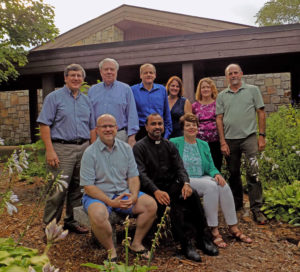 Georgia is also engaged in implementing Drawdown Georgia, modeled on the acclaimed book Drawdown by Paul Hawken, which provides and priorities the top 100 scientifically researched solutions to “draw down” carbon from the atmosphere. Drawdown Georgia was developed by the state’s top scientists who chose 20 of Drawdown’s solutions to reduce carbon emissions by one third by 2030. Even though the Laudato Si Action Plan was written five years earlier, 10 of the 20 areas targeted in Drawdown Georgia overlap. Remarkably, the visionary leader John Lanier of Drawdown Georgia is Catholic.

Most Georgians are aware that climate change is upon us as we see coastal sea levels rise, and experience more and fiercer hurricanes, tornados, wildfires, and extreme temperatures

I now ask the question posed by Pope Francis in Laudato Si: “What kind of world do we want to leave our children?” How Catholics and others cast their vote in the Jan. 5 runoff election will determine the outcome of the Senate races in Georgia and thereby determine which party controls the Senate. Vote for the candidate that makes climate change a priority. The stakes have never been higher. The moral imperative has never been greater. Future generations depend on us to make the right choice.

NOTE TO READERS: Susan Varlamoff, biologist and retired director of the University of Georgia’s Office of Environmental Sciences, serves on the advisory board for Georgia Interfaith Power and Light and is co-author of Laudato Si Action Plan, and author of Sustainable Gardening for the Southeast