By Maria Saporta
Published in the Atlanta Business Chronicle on September 13, 2013

As CARE and Atlanta celebrate their 20th anniversary together, both the international relief organization and the community are publicly recommitting to each other.

It was 1993 when CARE rocked the global nonprofit world by announcing it was moving its headquarters from New York City to Atlanta. The move was estimated to save the nonprofit about $11 million in operating expenses each year.

At the time, the Atlanta business and civic community was keenly focused on attracting nonprofit headquarters to Atlanta. As part of the community effort to bring CARE to Atlanta, the Robert W. Woodruff Foundation contributed $2.5 million so the nonprofit could buy a downtown Atlanta building at the corner of Ellis Street and Piedmont Avenue.

Twenty years later, the Woodruff Foundation has made another $2.5 million grant to CARE as a way to reaffirm its commitment to having the organization in Atlanta. The grant will go toward upgrading the building’s facilities and workspaces as well as improving CARE’s exposure and signage at its location.

In an interview, Dr. Helene Gayle, who has served as CARE’s president since 2006, says the significance of the Woodruff grant goes far beyond the dollars involved. 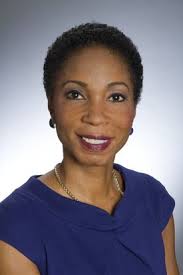 Even after 20 years, Gayle said, “a lot of people don’t even know we are here” — a situation she would like to change.

When CARE moved to Atlanta in 1993, it had about 7,200 employees worldwide; today it has 10,185. Its operating budget then was $428 million, with about 75 percent of it coming from the public sector. Today its budget is $586 million with less than a third coming from public sources. In 1993, it operated in 71 countries and touched the lives of 30 million people. Today it operates in 84 countries and touches the lives of 83 million people.

Gayle said that being based in Atlanta has its pros and cons.

“New York is the center of the financial universe, and it’s an important place for fundraising,” Gayle said “We have maintained a presence in New York, and several of our board members are from New York.”

The Washington, D.C.-New York corridor also is a hub of international nongovernmental organizations (NGOs) that also provide similar relief services, so CARE might be “at a slight disadvantage” by not being located nearby.

That said, Gayle said Atlanta has several other benefits. “The real advantage of being in Atlanta is that Atlanta is a city on the move, and we are growing with Atlanta,” Gayle said. “It has one of the most extraordinary airports in the world. We have wonderful corporate partners — Delta, UPS, Coca-Cola and others. We have strong partnerships with other institutions. One of the reasons the Woodruff Foundation wanted CARE to move here was Emory University, the CDC, the Carter Center — so we can draw on those partnerships and it has made our work stronger.”

In addition to the two $2.5 million bookend grants, the Woodruff Foundation has made five other grants to CARE over the 20 years totaling $4.44 million, including $2.79 million in 1996 for joint programming with the Centers for Disease Control and Prevention.

The work of Emory University’s Rollins School of Public Health, the CDC, the Carter Center, Habitat for Humanity International and the Task Force for Global Health do not overlap extensively with CARE’s global initiatives.

And Gayle believes that CARE could do more to build its presence in Atlanta.

“Overall, we feel it was a great decision [to move to Atlanta] and that we have benefited greatly by the generosity of the Atlanta community,” said Gayle, citing the ease of travel and living conditions. “What we have not taken advantage enough is the Atlanta community itself looking at its issues of inequities and how to lessen those inequities. Atlanta has pockets of poverty … We could be better about sharing our expertise.”

She is certainly becoming more entrenched in the Atlanta business and civic world. Earlier this year, she joined The Coca-Cola Co.’s board of directors. Also, Alexander Cummings, executive vice president and chief administrative officer of Coca-Cola, has recently joined CARE’s board. He also is co-chairing CARE’s 20th anniversary festivities in Atlanta.

On Oct. 11, CARE will hold an art exhibit and silent auction at Mason Murer Fine Art Gallery. And on Friday, Oct. 18, CARE will have its “Atlanta Celebration Gala” at the Atlanta History Center.

“In today’s world, we are learning that for-profits and not-for-profits have a lot in common,” Gayle said, explaining that Coca-Cola and CARE both care about generating wealth in emerging markets. “Companies realize that to grow commercially, they have to give back. The partnerships between companies and NGOs can be very valuable. They have the ability to do incredible social good.”

CARE also has changed over the past two decades. It is less of a “hands-on” organization that goes out into the field doing the work for others. Instead it is an organization that works to develop the capacity of its partners, of the communities on the ground. It also has shifted its focus to women and girls, who often are “disproportionately held back.” Studies have shown that when organizations invest in women and girls, lasting change is more likely because they tend to invest in their families and their communities while men tend to spend money on themselves.

CARE has been putting a big focus on policy and advocacy — sharing its knowledge of what saves lives — such as clean and safe water. “We don’t expect that we as CARE are going to end extreme poverty by ourselves,” Gayle said. “But we do feel as though we can make a huge contribution. Stable governments make a difference. Countries at the bottom rung tend to be unstable environments. We are helping bring the bottom up. Ultimately the solution is people. That’s why we spend a lot of time trying to strengthen civil society. When people are educated, that’s when countries start to become more stable.”

That’s why Gayle believes is so important to be a “voice in Washington” to help people understand why foreign aid is important. “Many times it has an impact on our global stability,” she said.

“Many people say CARE is one of the best secrets in Atlanta,” she said. “I want to go out there and ring the bell and let people know that CARE is in Atlanta.”