Central Atlanta Progress, the influential downtown business organization, is moving from the Hurt building to a lesser known historic building in the Fairlie-Poplar district.

CAP, which has been a visible tenant on the street level of the Hurt building along Edgewood since 1988, is moving to the top floor of 84 Walton St.,  a building that dates back to 1907 when it was built as the headquarters for the Atlanta Birmingham and Atlantic Railroad. 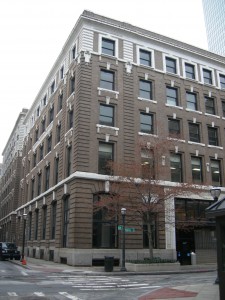 CAP President A.J. Robinson made the announcement about the move at the organization’s annual meeting at the Georgia World Congress Center on Wednesday morning.

“We feel that we, as an organization, our job is to help attract private capital, to promote adaptive reuse,” Robinson said in an interview before the annual meeting. “We, as a redevelopment agency, felt we could lead by example. We came across this opportunity at 84 Walton.”

The building, which is owned by the Selig Enterprises, was leased for many years by the Georgia Department of Family and Children’s Services. But after the agency moved out, Robinson said the Selig organization asked CAP about whether it had any ideas of how it could market the building. 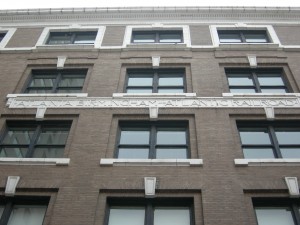 CAP’s lease was up for renewal in July, and the business organization already had entertained the possibility of moving to another building and helping revitalize downtown. It had put in a bid to buy the historic Olympia building at Five Points from the state of Georgia. But a company that will develop an urban Walgreen’s in the building submitted a significantly higher bid than CAP.

Charles Beard and Scott DeMyer of CBRE Atlanta are spearheading the leasing of the adjoined buildings for the Selig organization, which owns the twin buildings —  84 Walton and 75 Marietta. — connected by a bridge of offices.

In the not too distant past, rail tracks could be seen entering the space between both buildings. The buildings were designed by one of Atlanta’s most pre-eminent commercial architects at the turn of the 19th Century — Thomas H. Morgan. His business associate when he designed 84 Walton was John Robert Dillon. 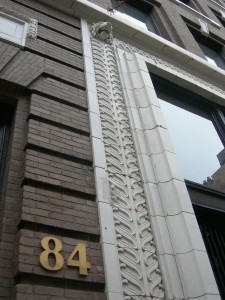 Decorative finishes on the building’s facade

The building has several ornate, decorative features including detailed stonework and stone lion heads punctuating different floors. It also has unique features that hint of its railroad past.

“It was like a streetcar station, and it was open to the top with a skylight on top,” Robinson said. “Our office has a skylight, but the building has been filled in below. We’ll be on the top floor.”

Robinson said the experience of being on the top floor will be quite different than being on street level, meaning people will have to go out of their way to find CAP. But it will give the organization an opportunity to consolidate its employees, who are now spread out on two floors, on one level. Each floor of 84 Walton has about 10,000 square feet. 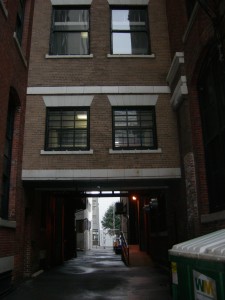 The building also is conveniently located about mid-way between Centennial Olympic Park and Woodruff Park. It also is about two blocks away from the new Atlanta Streetcar, which will start operating later this year.

Of Selig, Robinson said: “I think the landlord treated us right. They are eager to showcase the building.”

In a statement, Steve Selig said he was delighted to welcome CAP as a tenant of 84 Walton / 75 Marietta.

“We are excited about CAP joining us and their commitment to the continued revitalization of Atlanta’s historical downtown business district,” Selig said. 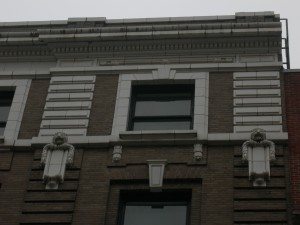 CAP has been representing the downtown business community for more than 70 years to work on issues with the City of Atlanta, the region and the state.

It is the latest in a number high profile tenants that have moved out of the Hurt building in the last couple of years. They include the Robert W. Woodruff Foundation, Coxe, Curry & Associates, the CDC Foundation and the upcoming move of the Georgia Research Alliance.

Hurt Building owner Boxer Property has looked at various ideas to fill up the building in the wake of losing the nonprofits. Grady Health System has continued to expand there.

Last year Boxer talked to Georgia Tech’s Advanced Technology Development Center about offering space to its startups, with flexible leasing terms for a year or possibly less. Boxer Property could also chase one of the big tenants considering downtown buildings.

Douglas Sams, a staff writer for the Atlanta Business Chronicle, contributed to the article.