The meeting will be a one-hour “Good Morning Downtown” television-styled news and entertainment program beginning at 8 a.m. It will give viewers an opportunity for catch up on news and developments from the influential downtown business organization during a year when large groups of people are not able to gather in person because of the COVID-19 pandemic. 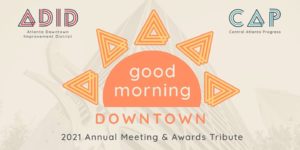 Wilma Sothern, CAP’s vice president of marketing, said the annual meeting is an important tradition that needed to occur despite the pandemic.

Also, this is the 80th anniversary of CAP, which was founded in 1941. CAP President A.J. Robinson – who has playfully worn different headgear at CAP’s annual meetings over the years – will don a 1940s-style fedora to pay homage to the organization’s milestone.

Honoring Alicia Philipp, who led the Community Foundation for Greater Atlanta for more than four decades until she retired last year, will receive the prestigious 2021 Dan & Tally Sweat Award (it was renamed last year to include Tally Sweat, the widow of Dan Sweat). 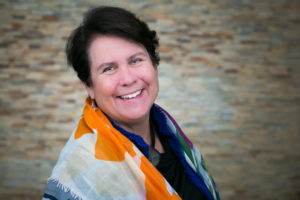 Philipp was one of Dan Sweat’s mentees, and he was instrumental in her becoming president and CEO of the Community Foundation.

Sothern said honoring Philipp with that award this year was a no-brainer. Because Philipp currently is living in Portugal and was unlikely to fly to Atlanta to accept the award, Sothern said this was the perfect year to honor her because of the virtual, pre-recorded program.

“Alicia has been Tally’s date at all our annual meetings,” said Sothern, who added that Philipp had served on CAP’s board for decades. “Not only would Alicia always show up for CAP, but she has been known to kick off her shoes and start dancing. She’s consistently been there for CAP.”

The 2021 WarnerMedia Community Leadership Award (formerly named the Turner Award) will go to downtown Atlanta’s frontline healthcare workers “for their incredible bravery and commitment to the community during the novel coronavirus pandemic.” 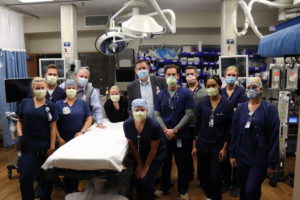 Downtown has a concentration of healthcare workers with the presence of Grady Hospital, WellStar and Emory University.

“We couldn’t come up with any group more deserving than our frontline healthcare workers downtown,” Sothern said.

Ressler will accept the award on behalf of State Farm Arena during “Good Morning Downtown” program.

“When we had a gathering economy, the number of people coming to events at State Farm Arena was a major economic generator for downtown,” Sothern said. 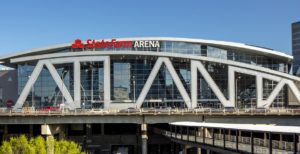 When the pandemic put a stop to the “gathering economy,” State Farm partnered with Fulton County to become an early voting location for the Nov. 3 general election and Jan. 5 runoff election – thought to be one of, if not the largest, polling precincts in the country.

Pollstar consistently ranks State Farm Arena among the top 10 concert and event venues in the world, hosting about 170 events and bringing in up to 2 million guests in a normal year.

Eddie Meyers, the Georgia regional president of the PNC Financial Services Group, is in the middle of his two-year term as CAP’s chairman. He led a group of six board members to designate the 2021 award winners. 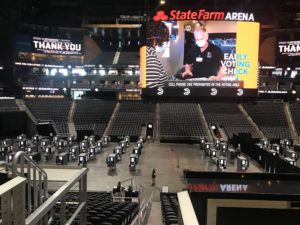