I am a city planner and a native Atlantan. Like any effective planner, I’m an optimist by nature, seeking potential in every situation. It’s in my genes to convert community goals and expectations into action plans.

Like all native Atlantans, I was trained to promote what we want people to believe we are.

So, after the decisive failure of the Transportation Investment Act (TIA) referendum or what the media referred to as the T-SPLOST, many of us planners were genuinely surprised at how quickly the sentiments like the rising Phoenix and the “We are the heart of the South” have faded in the public discourse. 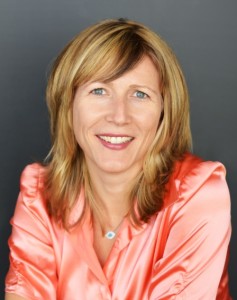 Imagine my shock when overhearing notoriously unnoticed 20+ year-olds contesting the suburban sentiments and boasting who could move out of Georgia quicker.

The transportation crisis we face is still here and is very serious. The TIA voting results were so dramatic that our region has actually stopped in mid-stride to wonder who “we” really are and what went wrong. I wonder what we do next. Since the late ‘40s the region has prioritized and created project lists (see page 13 from the 1946 Highway and Transportation Plan).

Given a project list to approve last year, there was unprecedented attention given to the TIA list all across metro Atlanta. Meanwhile, the regular regional planning process was cruising along and a five-year $7.2 billion project list was approved with little debate about the merits of each county’s projects.

My biggest take-away is that whatever is next must be profoundly different. As a planner, I believe we need to broaden our characterization of costs and benefits. Here are a few myths and tips to keep our conversation on track:

1) “Only 3 percent of people take transit so it’s not worth the money.”

Reality: The majority of the population does not live near transit. In the City of Atlanta, where frequent train and bus routes exist ridership is 30+ percent. Using diluted percentages to justify the rejection of transit is a dangerous business case for the future of our region and state. Every successful city in the future is building a choice of roads and transit, and they are not mutually exclusive. 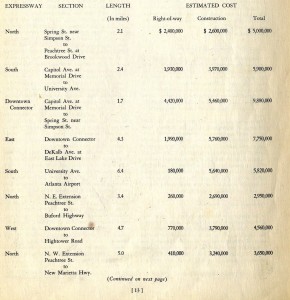 Page 13 from the 1946 Lochner Highway and Transportation Plan

2) “We will save x amount of fuel and time with x road project.”

Reality: X project may save shave off some seconds for that segment of the roadway, but as a driver – or customer – you are now stuck on the side road that absorbed X road’s congestion. Ramp meters are meant to reduce delay on interstates, but consequently back you up on the local road. An improved signal timing for a thoroughfare also delays traffic on the local side street. At the end of the day, you pay gas tax for projects that essentially are passing the problem onto another jurisdiction. Overall, you still aren’t getting home any faster, but lots of money has been spent in the name of time savings.

Reality: That may have held more water in the past, but those sentiments don’t reflect the current reality. The percentage of 16-year-olds getting their license is steadily falling. The number of one-car households is growing. Mixed-use developments do have more people walking. Indeed some people sitting in traffic, with higher prices at the pump are getting out of their cars or sharing a ride.

4) “The Atlanta BeltLine is not a regional project and is only about economic development.”

Reality: Every transportation project is about access and economic development. A new exit ramp has economic consequences for nearby landowners. A project that affects large numbers of people for work and personal trips is regionally significant, not simply if it crosses county lines during the 9am rush. The Beltline will attract new residents and jobs that will provide the city an increased tax base in districts with access to all modes of transportation, eliminating the need for future roadway expansions.

5) “My county needs roads not transit.”

Reality: County and city boundaries are not good indicators of the type of area someone lives in, or what kinds of transportation solutions are going to be most effective. There are very low-density, sprawl-style areas even in the City of Atlanta, and there are town centers like Marietta or Lawrenceville that actually did have successful rail transit before the highways dominated. So, the physical development type is a better indicator of the appropriate transportation solution.

No more can we afford to assume the project prioritization process of the past will get us to that ever-elusive cherished future.

No more broken records blaming the “other Georgia” – another tired sentiment.

From now on, every gathering we complain at, every business meeting we are late for and every soccer game starting short of its full team cannot be blamed on transit lovers and gas guzzlers.

We must measure additional costs and benefits of a transportation project and the associated land development changes.

It must include voices that are different, younger, and new residents who are unburdened by the racial politics of our past and unimpressed by the arguments of inevitable sprawl and continued auto-dependency.