Economy and changing portrait of Atlanta to drive housing choices

Eventually, Atlanta will emerge from this devastating recession, but it will not look the same when it does. Now retrenching from an over-fed housing sector, the new economic and geographic landscape will impact many housing-related business sectors, entire neighborhoods, thousands of families, and land development patterns.

In this larger context, what will become of affordable housing in Atlanta? 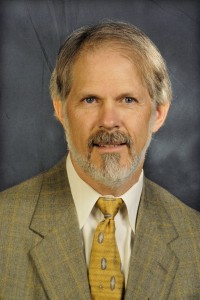 Credit standards are tightening for all borrowers, and the reform of Fannie Mae and Freddie Mac, when it occurs, will almost surely result in a pull-back of these government sponsored enterprises from subsidizing anywhere near the level of affordable housing they did in the past. A greater reliance on private mortgage financing will result in an upward pull on interest rates and more selective lending.

Under any likely scenario, lower income families will find it harder to get a loan to buy a house, and it will take more up-front cash to do so. The net is that the homeownership rate, which peaked during the Clinton administration at over 69 percent, will settle in probably below 65 percent.

More people will rent. Long term, this is healthy as we rebalance the nation’s housing policy. Currently, $6 for every $1 in federal housing subsidies goes to promote owner-occupied housing, a bias that has certainly contributed to the housing bubble and devastating crash that followed.

The local job market is another major factor shaping all housing trends. In Atlanta, concern is now being openly expressed not only at the pace of slow job creation but at the quality (wage levels) of new jobs.

Atlanta, ever since the Olympics, has seen both slower job creation and lower paying ones. This does not bode well for the region, but it does mean that apartment owners should see increases in occupancy rates and, eventually, rents. Job growth drives housing, and though other fundamentals are strengthening, such as the supply-demand balance, substantial new production will not occur until job growth returns to a semblance of health. We do not see that yet.

Finally, demographics will impact housing as much as finance and economics. Aging baby boomers—growing in size relative to the population–will move out of single family homes into smaller condominiums or apartments. Given the relative lower incomes of seniors, this trend also indicates a larger demand for affordable housing, and it might also drive the construction of smaller size units, a sensible development toward increasing the size of the affordable housing stock.

The “affordability reset” in Atlanta is ongoing and dramatic. In both the case of house prices and apartment rents, prices have been going down, only now beginning to stabilize. This means more affordable housing availability in Atlanta for those that have low-to-moderate incomes.

Unfortunately, the very poor have not benefitted, as their incomes have declined almost as much as rents. Families at 50 percent of the Average Median Income, approximately $35,000 for a family of four, have trouble finding quality housing as much as before. Only this time, the neighborhoods in which they are searching are in worse shape, given the large number of foreclosures that have occurred and the higher incidence of vacant and abandoned buildings.

Another difference this time around is that these neighborhoods are not all concentrated in pockets in the inner city; rather, lower income families have migrated to the suburbs over the past ten years, as in-town Atlanta became more and more gentrified and expensive.

We see several emerging trends that could help characterize affordable housing in the years ahead:

• Preservation of rental housing will become more important, as public policy will tilt to preserving what housing inventory we already have compared to incenting new construction. This is a more cost-effective approach; an inherently “green” practice; and doesn’t add to the bloated supply that will take some years to whittle down.

• Supportive Housing, combining resident services on-site, is a proven and cost-effective approach for housing very low income individuals that need health or job training type services. However, a small niche already, there will be only a few of these specialized housing facilities developed, as they require virtually 100 percent equity.

• Transit oriented developments, or “TOD”, is fast becoming the hottest residential real estate trend going, as it recognizes the inherent cost savings when housing is located near transit nodes. (Transportation is the second highest cost item in the family budget.) TOD combined with affordable housing makes enormous sense, and is a logical extension of the rapidly mainstreaming of the environmentally sustainable aspects of housing.