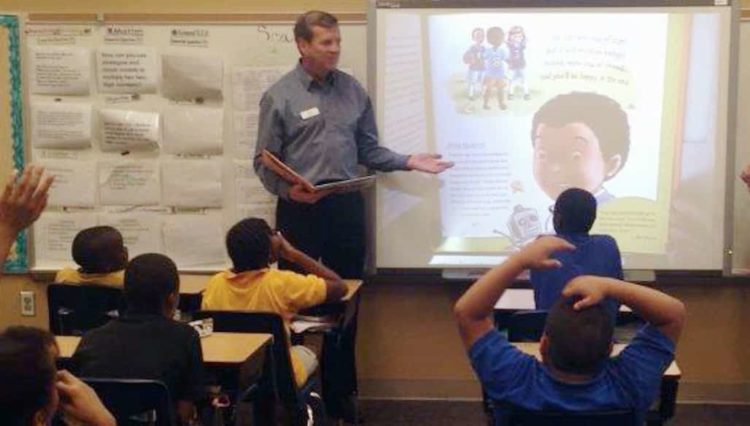 I’ve always believed that to whom much is given, much is required. Throughout my business career, I’ve held fast to this principle, so when I was offered the chance to head the SunTrust Foundation, it was the perfect opportunity to turn my passion for giving into a full-time career.

From my years with SunTrust Bank, I was aware of the many accomplishments of the foundation. Yet as a business leader, I also knew that sometimes even the most successful organizations need to be challenged in order to attain new heights. 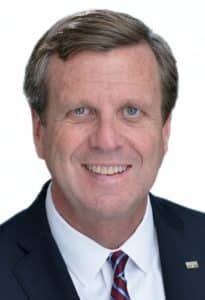 Since inception in 2008, the foundation has awarded more than $100 million in grants throughout the Southeast and Mid-Atlantic states. Just last year, we provided support to more than 1,500 nonprofits. While we receive regular feedback that the impact made has been widely felt throughout our communities, I sought to discover if there was a way to channel our philanthropy more productively to do even more good.

For me, this was an opportunity to tap into the learnings from my 32-year business career in banking. As bankers, we work with companies of all sizes to implement varying strategies to spur growth and enhance profitability. In many cases, I’ve seen how helping companies clearly identify their focus and develop a well-defined purpose can energize every aspect of a business. What would happen if SunTrust applied these same strategies to its corporate philanthropy to help fine-tune giving initiatives?

SunTrust took a hard look at its donation history and recognized that while it was certainly supporting exceptional missions, it could improve its strategic focus to allow it to take full advantage of its knowledge as a purpose-driven financial institution.

In addition, the foundation identified an opportunity to better align its purpose with SunTrust’s purpose of Lighting the Way to Financial Well-Being to increase the foundation’s overall effectiveness. This meant focusing our giving on helping people and businesses reach financial confidence and alleviating the stress that often accompanies financial challenges. 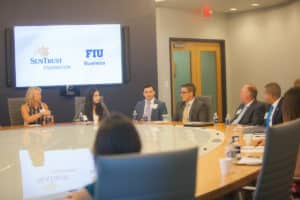 The SunTrust Foundation established the bilingual SunTrust FIU Financial Wellness Clinic at Florida International University through a $600,000 grant to FIU’s College of Business. The center’s mission is to educate and empower FIU students, their parents and low- to middle-income residents of Miami-Dade County’s multicultural communities. Credit: SunTrust Foundation

With this newly refined direction, the foundation is now attacking the issue of financial literacy on all fronts – focusing on programs to educate young children, students, families and adults. And it’s working. Through the foundation, we are addressing financial stress on a local level by empowering smaller organizations who share our purpose so that they can make a greater impact on their communities. Additionally, SunTrust is harnessing the expertise of its teammates and providing an outlet for them to engage in these efforts.

Just this year, the foundation has awarded $15.3 million in grants with a primary focus on financial well-being and education initiatives. For example, we provided grants that have helped open financial wellness programs at several major universities, including a unique bilingual financial literacy center at Florida International University and a first-of-its-kind Student Financial Management program at Georgia State University. The grant to GSU also will fund research into predictive analytics to identify students at risk of leaving college for financial reasons, as well as create a national playbook to help other universities benefit from the research. 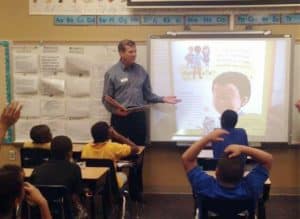 We also partnered with a non-profit to offer a series of workshops and valuable tools designed to answer the most pressing financial questions facing families with children of special needs. And, we launched the inaugural SunTrust Foundation Lighting the Way award to recognize nonprofits for the positive impact they make building financial confidence in their communities. Eight organizations, including Project Community Connections, Inc. in Atlanta, received a $50,000 grant to support their programs dedicated to advancing financial education.

Seeing the impact of the foundation’s efforts creates a sense of pride for SunTrust teammates. They understand that the work they do connects to something larger than themselves. For us, this is just the beginning. SunTrust has always believed that when you build your community, you build your bank. 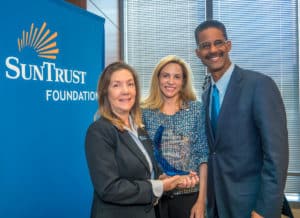 The SunTrust Foundation presented Atlanta-based Project Community Connections, Inc. with its inaugural Lighting the Way Award. The award comes with a $50,000 grant and recognizes non-profit organizations for their support of sustainable financial well-being initiatives. PCCI was selected for the positive impact their rapid re-housing program has had in helping homeless individuals and families reestablish themselves in the community and find a place to call home. The ceremony included Margaret Schuelke (left), PCCI’s executive director; Allison Dukes, president and CEO of SunTrust Bank’s Atlanta division; and Samuel Bacote, PCCI’s chairman. Credit: SunTrust Foundation

The SunTrust Foundation will continually review our philanthropic initiatives and measure effectiveness, and we encourage other companies and their foundations to do the same. Assess your areas of expertise. Ask what skills have made you successful; these can be valuable assets to a nonprofit. Clearly define your purpose and the reason your organization exists. Then, take a look at your giving strategies and determine if they align with your purpose. For instance, just as the SunTrust Foundation is directing its efforts towards financial well-being, a tech company’s foundation may consider empowering local nonprofits that make technology available to those that can’t afford it. By directing limited resources toward the same purpose, you can make a greater impact.

Helping build strong communities is a responsibility of every individual, but especially for executives who have an opportunity to impact the lives of those who are struggling. For organizations already involved in corporate philanthropy, it’s imperative that efforts are continually evaluated to ensure funds are being allocated to affect the greatest change.

Note to readers: In addition to his work with SunTrust Foundation, David E. Fuller chairs the Orlando Economic Development Commission Board; is a member of the Metro Orlando Economic Development Governors Council; serves as the vice chair of the Heart of Florida United Way Board of Directors; serves on the United Way Worldwide Global Corporate Leadership Council; and served as the 2010-2011 campaign chair for the Heart of Florida United Way.