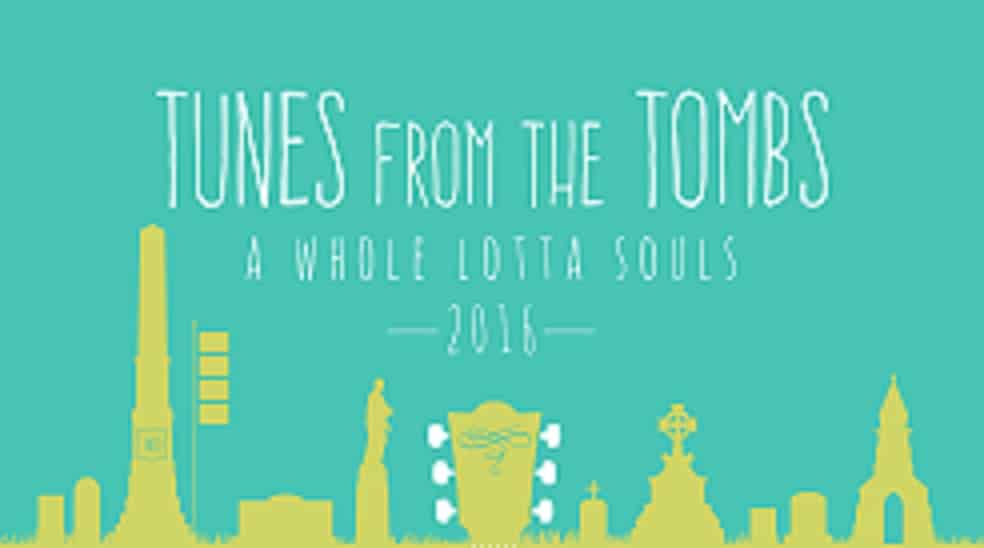 This week, ALLISON HUTTON, program coordinator at Georgia Humanities, shares the story of the special relationship between Atlanta’s oldest cemetery and its oldest brewery. 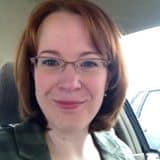 Every fall Atlanta’s Oakland Cemetery puts its supernatural resources on full display with the popular Capturing the Spirit of Oakland Halloween tours. Oakland is more than its residents, however. It is 48 acres of greenspace and natural resources, including an arboretum full of flowers and trees, some of which are nearly 200 years old.

Designed as a rural garden cemetery, Oakland was a departure from older, traditional cemeteries crowded with graves and tombstones. It was meant to be a place where people could honor their loved ones while enjoying natural (albeit carefully planned) beauty. In the 19th century, families visited Oakland not only to tend their loved ones’ graves but also to use the cemetery as a park, bringing picnic lunches and taking carriages rides through the grounds. 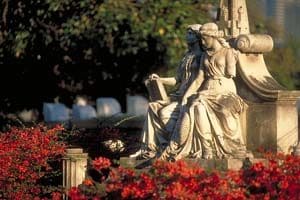 A headstone at Oakland. Courtesy of Georgia Department of Economic Development

Today, Oakland is enjoyed much the same way: the gardens are still lovingly tended, and visitors are encouraged to enjoy the cemetery grounds in a variety of ways. Tours and special events that span the entire year, as well as a focus on restoring the cemetery to its former glory, have given Oakland a chance to resurrect (pun intended) the idea of the cemetery as a park.

The fundamental elements of the cemetery’s special events harken back to original Oakland traditions: families and friends coming together to celebrate their ancestors. Food and drink in the cemetery, the picnic fare of yesteryear, certainly have a place in today’s Oakland, too, making events like Sunday in the Park (Oakland’s Victorian street festival), Tunes from the Tombs (an annual music festival), and the Malts & Vaults of Oakland: Where Beer Meets History specialty tour all the more memorable.

What truly makes these events unique, however, are the limited-edition beers created by Red Brick Brewing Company in collaboration with Oakland and its staff. In 2015 Atlanta’s oldest cemetery and its oldest brewery first partnered to create a series of special brews, including Rosemary’s Boneyard Brew and Oakland’s Casket Ale. 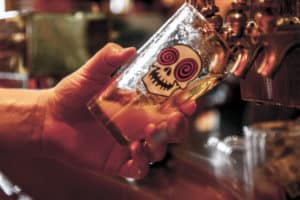 While catchy names and a limited-edition status (the Oakland beers are only available for sale at the cemetery for as long as they last) add to the beers’ cachet, even more impressive is the fact that the beers are brewed with ingredients grown and gathered in Oakland Cemetery.

Other Atlanta breweries may use local ingredients in their beer, but Red Brick’s Jason Topping wagers that the Oakland beers his company creates are the only beers in town that are served on the same premises on which their ingredients grew.

Rosemary, a plant often found in cemeteries because of its symbolism (leaving a scent on the hands of those who touch it, rosemary stands for remembrance), was the first Oakland ingredient to debut in a Red Brick beer. Chips from the cemetery’s eponymous oak trees were infused into Oakland’s Casket Ale, which was featured during Capturing the Spirit of Oakland in 2015. On June 18, concertgoers at Oakland’s Tunes from the Tombs will have the opportunity to sip Berried Skull Persimmon Lager, created with persimmons picked from Oakland trees.

Why cemeteries and why beer? For Oakland and Red Brick, the answer is “why not?” The partnership between the two grew out of a mutual appreciation that developed when Oakland held a staff retreat at the brewery. Thanks to its popular Malts & Vaults of Oakland: Where Beer Meets History tour, which includes a post-tour tasting, Oakland was already aware of the uptick in public interest that beer provides. It just made sense, too, that a collaboration could benefit both partners, and as Atlantans are wont to say, if it’s good for business, it’s good for Atlanta, too. 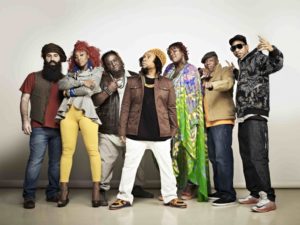 Tunes from the Tombs will feature music by Arrested Development. Courtesy of Oakland Cemetery

According to Topping, there’s a natural connection between community and beer. “If you can’t do something to raise awareness for your community, why are you in the business?” Topping asks.

As a nonprofit, Oakland believes community investment is critical. “Oakland is not only a public City of Atlanta park, but it is also a nonprofit foundation that relies on the support of the community to create a space of natural and artistic beauty downtown,” says Hunter Hanger, former manager of special events at Oakland. “It’s an honor to partner with Red Brick Brewery for special events throughout the Oakland season. The folks at Red Brick share in Oakland’s love of the city’s rich history. The oldest existing brewery in Atlanta creating a special brew for the oldest existing cemetery? You don’t taste that every day, but it is oh so good!”

Let’s raise a glass to collaboration:

Here’s to a long life and a merry one.
A quick death and an easy one.
A pretty girl and an honest one.
A cold pint and another one!