Chick-fil-A, Coca-Cola and City of Atlanta give $7.5 million to City of Refuge for job training 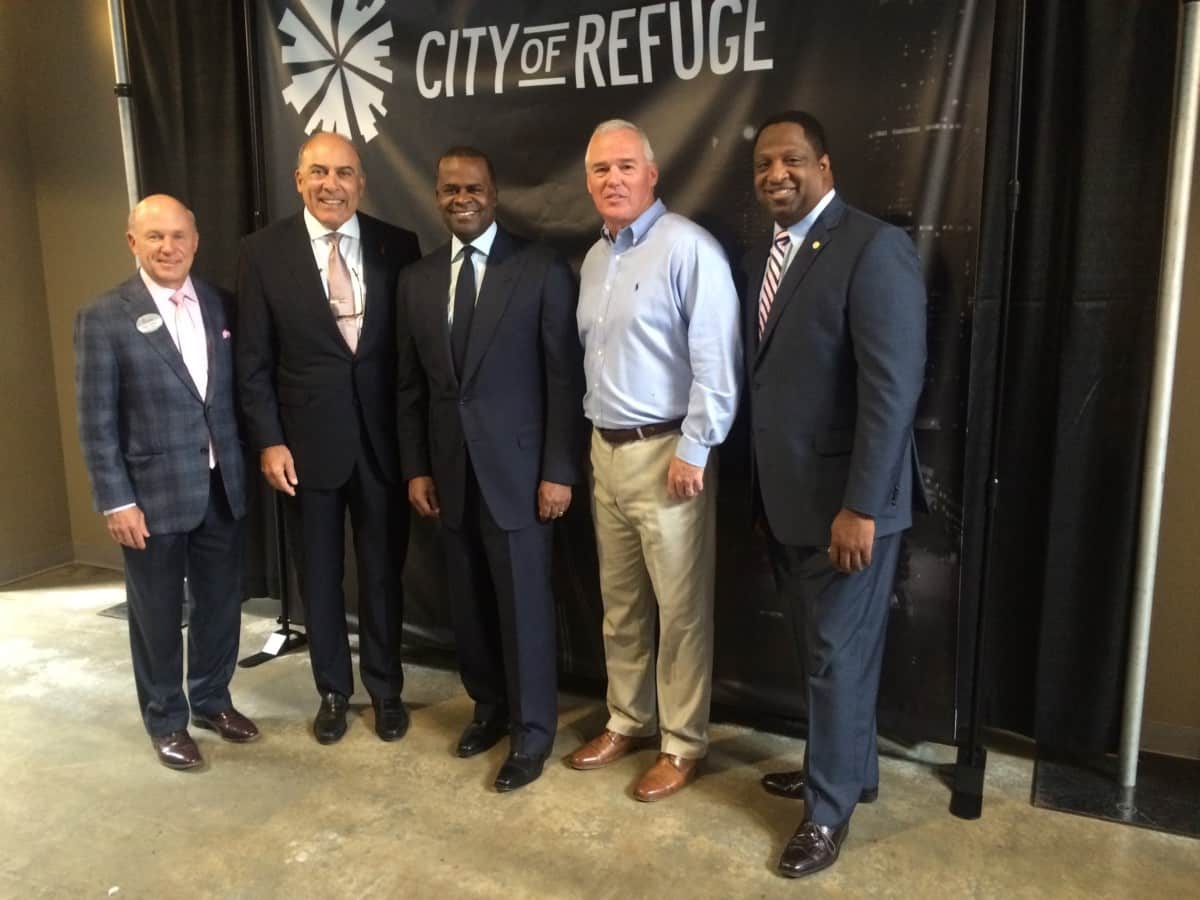 The City of Refuge, a 20-year-old nonprofit serving Atlanta’s westside, will be expanding its vocational training and entrepreneurial services through $7.5 million in donations from the Chick-fil-A Foundation, the Coca-Cola Foundation and the City of Atlanta.

The donations were being announced today at a press conference at the City of Refuge with Coca-Cola CEO Muhtar Kent, Atlanta Mayor Kasim Reed, Dan Cathy, CEO of Chick-fil-A and Bruce Deel, the founder of the City of Refuge. 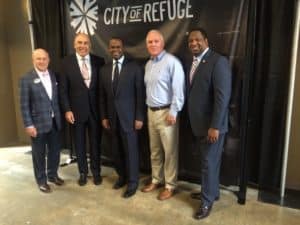 The grants will be used to establish a Workforce Innovation Hub, which will teach people skills to prepare for careers in auto tech and retail, the culinary arts, landscaping, security services and HVAC (heating, ventilation and air conditioning) installation and repair. A computer-coding academy will also be created for young adults along with a small business incubator and accelerator for aspiring entrepreneurs.

Planning for the Workforce Innovation Hub is underway, with construction anticipated to commence in the coming months and conclude September 2019.

The Coca-Cola Foundation is providing $1.25 million to support the vocational training, job readiness and entrepreneurial skills for about 400 women through the 180º Kitchen Culinary Arts Academy, NAPA Auto Training Center, and the development of a Women’s Business Incubator and Accelerator Program. The grant will also support training for more than 150 men, and help them find employment in food service or automotive maintenance and repair, and provide education and training for entrepreneurs. 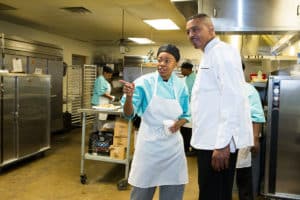 “We are excited we are able to respond,” said Helen Smith Price, president of the Coca-Cola Foundation. “We have seen all the work that needs to happen on the Westside.”

In addition to the job training grants, Price said the company’s bottling partner – Coca-Cola Refreshments, USA, Inc. – will be providing in-kind services, including training people to become truck drivers as well as learning how to maintain and repair its fleet of commercial trucks. It also will provide supply chain management training and expertise in food service quality and delivery.

Price added that the different organizations came together so they could better respond to the needs of the community and help the City of Refuge expand its offerings. 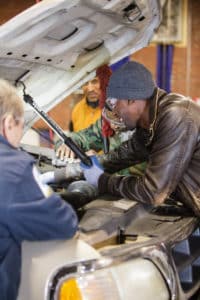 Bullard said the job training programs at City of Refuge will complement those being offered by Westside Works, an effort that has largely been funded by the Arthur M. Blank Family Foundation. The Foundation’s gift also will go towards expanding the vocational training services of the City of Refuge.

“The personal relationship (between Chick-fil-A executives) with City of Refuge is very strong,” Bullard said. “Dan is personally vested. It’s a great outlet and opportunity for us to give back. The chair of the board is our chief marketing officer – Jon Bridges. And I also serve on the board.”

Terry Tucker, chief strategy officer for the City of Refuge, said the public announcement is focusing on the job training piece.

“We want to expand opportunities to women who are on our campus and to people beyond our center,” he said. “We want to become a one-stop shop for business owners. And we want to make sure we are offering training opportunities that are diverse, such as computer coding. Hospitality is another area for us.”

The combined investment lays a solid foundation for the launch of City of Refuge’s capital campaign, “Shining the Light,” with a goal to raise $25 million by 2018 to support organization programs.

Housed in a 210,000 square foot warehouse in Westside Atlanta, City of Refuge has served as a vehicle for the transformation for many of Atlanta’s most marginalized individuals and families for nearly 20 years. The organization offers an emergency shelter and transitional housing, which features three hot meals every day, on-site health care, activities for children and youth, as well as vocational training and staffing services.

While City of Refuge’s primary goal is to equip individuals with vital resources to overcome obstacles and embrace independence and self-sufficiency, the organization is also aiming to provide comprehensive services necessary to reach middle class by middle age and attain self-sufficiency.