The Atlanta Ronald McDonald House Charities announced Friday that it has named Beth Howell as its new president and CEO.

Howell currently is vice president of academic administration at Children’s Healthcare of Atlanta. She succeeds former CEO Linda Morris who passed away in April 2013 after leading the organization for two decades.

According to a release from the Ronald McDonald House Charities, Howell will be responsible for growing the organization as it seeks to increase temporary housing and support services to families of ill and injured children being treated at local hospitals.

Howell will be in charge of completing Phase II of the organization’s capital campaign to expand the Ronald McDonald House near Children’s Healthcare of Atlanta at Scottish Rite. Her other key priorities will be growing annual fundraising revenue and diversifying the organization’s donor base. Howell’s new leadership role will be effective Nov. 4. 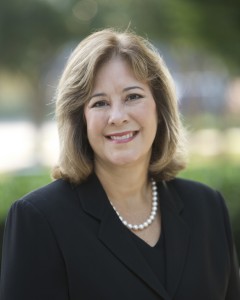 Howell was selected out of 160 candidates during a comprehensive five-month search for a visionary leader with expertise in fundraising.

“Beth brings a wealth of expertise, which will be instrumental to the future growth of our organization,” said Jeff Wansley, chair of the Atlanta Ronald McDonald House Charities. “Her heart for the mission and proven leadership skills make her a perfect fit for the ARMHC family. We are confident she will enhance and strengthen our partnership with Children’s Healthcare of Atlanta.”

During her 23-year career with Children’s Healthcare of Atlanta, Howell led the expanding efforts related to research and teaching in collaboration with academic partners, such as Emory University and the Georgia Institute of Technology.

She also served as the administrative director of the Pediatric Center of Georgia, a non-profit corporation supporting Children’s Healthcare of Atlanta and Emory University.  The Pediatric Center includes more than 300 Emory University School of Medicine faculty working in more than 20 specialties and subspecialties that are actively involved with pediatric clinical care, teaching, research and child advocacy efforts in Georgia and throughout the Southeast

“I’m excited about this opportunity and I feel the experience I’ve gained in the last 20 years prepares me to lead the growth of this exceptional organization,” Howell said in the release. “The greatest joys of my career have come from knowing that I’m making a difference for children and families. I look forward to working closely with the board, staff, volunteers and key stakeholders as we look to expand our reach and improve the lives of children and families in desperate need of comfort, hope and healing,” she added.

Prior to Children’s, Howell worked for the Centers for Disease Control and Prevention (CDC) and Deloitte & Touche USA.  She joined Children’s in 1990 to assist with program planning.  In 2001, she became chief compliance officer and was promoted to vice president of corporate oversight in 2004, before being named vice president of academic administration in 2008.

Since the first Ronald McDonald House opened in Atlanta in 1979, the organization has expanded to houses. They have provided a home away from home to more than 42,000 families of ill and injured children since 1979. Today, the two Houses serve about 2,000 families a year, representing every county and Georgia and other Southeastern states.