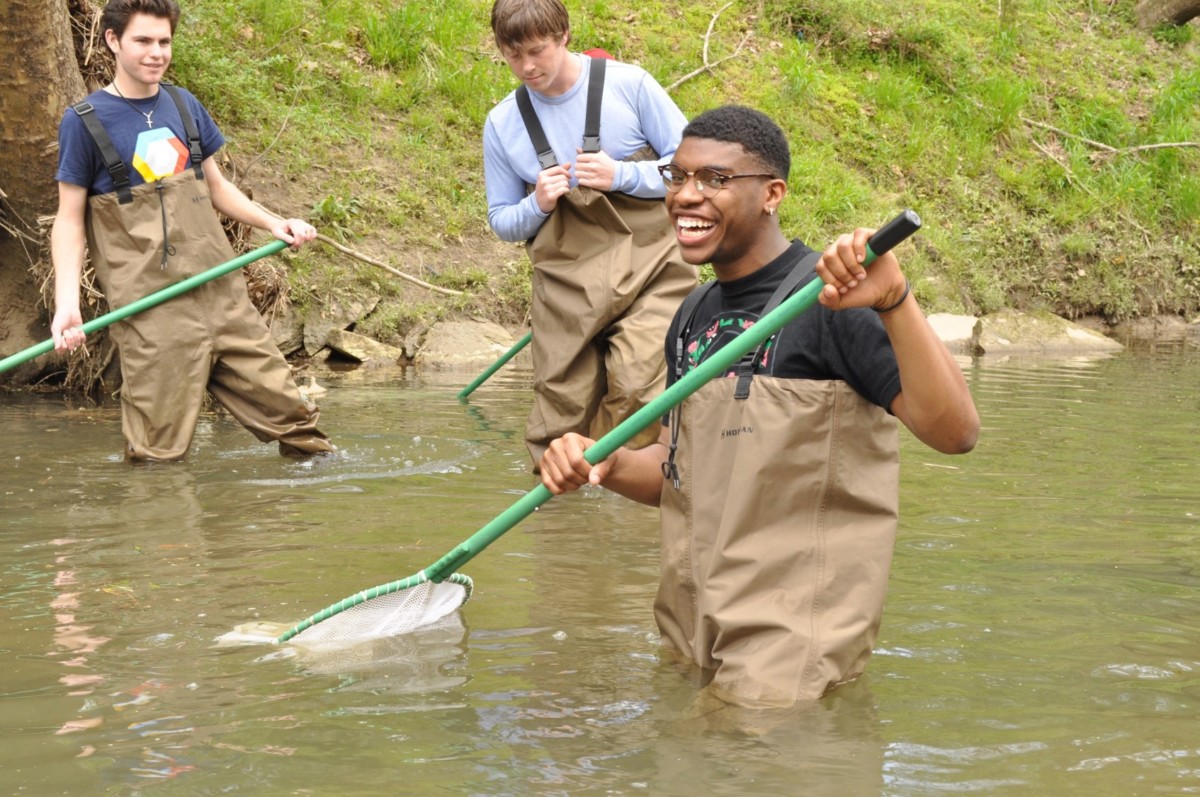 “I didn’t know crawfish lived in Atlanta!” Peering into the palm of U.S. Fish and Wildlife biologist Tamara Johnson, a student’s eyes grew wide at the wriggling resident of Proctor Creek. Proctor is a tributary of the Chattahoochee River; it lends its name to the only watershed located entirely in city limits. And its crawfish matter … more than you might imagine. 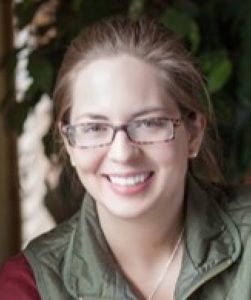 Johnson, who frequently engages students and community members in the “lab” of their local watershed, talked the huddled group of wader-clad students through Crawfish 101 as they oohed and ahhed. The students turned up snakes, turtles, and tadpoles that offered insight into the improved stream health at Pet Heaven Memorial Park in West Atlanta. But what does one stream’s denizens have to say about equitable development in our rapidly transforming city?

Community-led stream testing is an important lens on how ecosystems register Atlanta’s massive growth and on the role of community-based citizen science in fostering the data-gathering – and decision-shaping – power of local folks. However, creek revitalization isn’t the only story about eclectic Atlantans leveraging science to advocate for more equitable and sustainable development.

It isn’t crawfish that are counted at the site of Georgia Tech’s Kendeda Building for Innovative Sustainable Design – a Living Building Challenge project that broke ground this past winter. Instead, local biology students are turning to botany, bird-watching, and bug traps to discover diverse creatures calling the site home. Modeling the use of widely-available apps and tools, such as iNaturalist and drones ordered on Amazon, students captured a red-winged hawk’s cry, and documented six different species of ants living at the site.

But the idea is bigger than this. 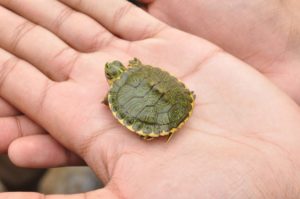 This tiny turtle makes its home in Proctor Creek. Credit: Center for Serve-Learn-Sustain

Over the past year, supported by equity-focused initiatives aimed to make the KBISD an inviting community hub, these students have worked hard to understand biophilic designs and inclusive community: Exactly “who” lives on the site and how a “biological community” can change during and after construction. Students demonstrated how, when armed with the tools of citizen science, people outside Ivory Tower labs could collect data that seeds critical questions about who and what constitutes a thriving, sustainable community.

Plagued by sewage, trash, debris, and stormwater pollutants in some areas, yet alive with fish, crustaceans, and even beaver in others, Proctor Creek is a living testament. Its history speaks to degradation and neglect, as well as to unyielding community-led research and advocacy efforts to restore the watershed and protect quality of life for all its residents.

As a source of pride for West Atlanta communities, historically Proctor Creek was a place where neighbors played, swam, fished and even baptized their flocks. Anecdotally, community stories still abound of people who consume fish caught in the creek despite its failure to meet state water quality standards required to maintain its designation as a fishable stream. Just last year a report published by the U.S. Environmental Protection Agency Region 4 revealed that legacy chemicals – those used or produced by industry, which remain in the environment long after they were first introduced – were recently found in the tissue of some fish in the creek. 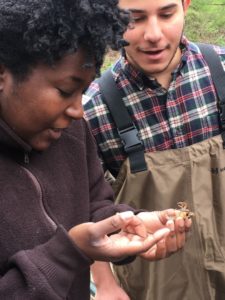 In spite of Proctor Creek’s challenges, community leadership on behalf of the watershed, spanning decades, is an exemplar of community-driven research, collaborative problem-solving between community residents and academic and non-profit partners, and plain old stubborn persistence. Proctor Creek Watershed residents have invested significant local knowledge, sweat equity, and solutions-focused advocacy to return the Creek to its former glory – a playable, fishable, swimmable resource for West Atlanta communities – once again.

A Community on the River

Whether at building sites, in local streams, or throughout whole neighborhoods, community-based citizen science, science done by citizens for citizens, offers new methods for taking action around the impact of Atlanta’s rapid and uneven development on communities historically dispossessed and marginalized. So how might community-based citizen science positively shape green infrastructure plans with the dangerous potential to displace longtime denizens?

Next year, a partnership of the Georgia Conservancy, Georgia Tech’s College of Design, and the West Atlanta Watershed Alliance is taking on a major stormwater and green infrastructure project in a northwest Atlanta community that faces manifold challenges: High vacancy rates, high poverty, and some of the city’s highest levels of pollution from closed landfills, nearby brownfields, and the presence of I-285.  The partnership prioritizes community engagement through education and data collection with citizens. 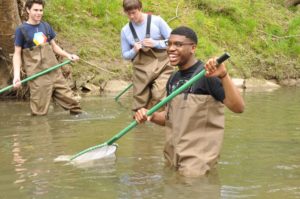 Sporting waders and broad smiles, students search for wildlife in Proctor Creek as part of the effort to determine the species who call the place home. Credit: Center for Serve-Learn-Sustain

Using low-tech tools for measuring soil and river health (the neighborhood borders the Chattahoochee River) residents can be equipped to tell the stories of the biological communities around them – from ants, to crawfish, to children playing in backyards. Such community-produced data could play an integral role in watershed management projects that would reflect residents’ knowledge, desires, and experiences, and support the health of the streams, the soil, and most crucially the local people in ways that don’t set the stage for displacement.

Community-based citizen science in part helps us reimagine the roles of data, expertise, and storytelling. Stories of transforming communities – whether they be hawk or human – are best told by those with the deepest investment in these changing places. Eye-level with crawfish is a view that takes into account the fragility of our natural environs, the complexity of “inclusive” community, and the wonder and excitement with which we might approach an agenda of truly equitable development in the years to come.

Note to readers: Emily Weigel is an academic professional in Georgia Tech’s School of Biological Sciences. Na’Taki Osborne Jelks is a visiting assistant professor of public health at Agnes Scott and the board chair of the West Atlanta Watershed Alliance. Ruthie Yow is the service learning and partnerships specialist for the Center of Serve-Learn-Sustain at Georgia Tech. This article came out of the authors’ collaborative work on the Center for Serve-Learn-Sustain’s spring 2018 short course for students, community members, and faculty on Citizen Science and Stream Monitoring. 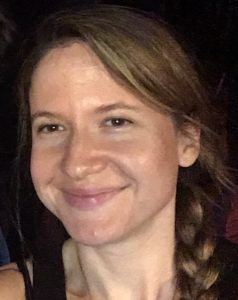 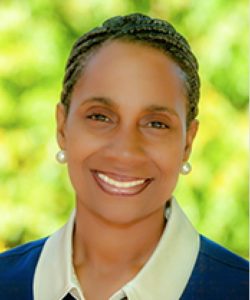