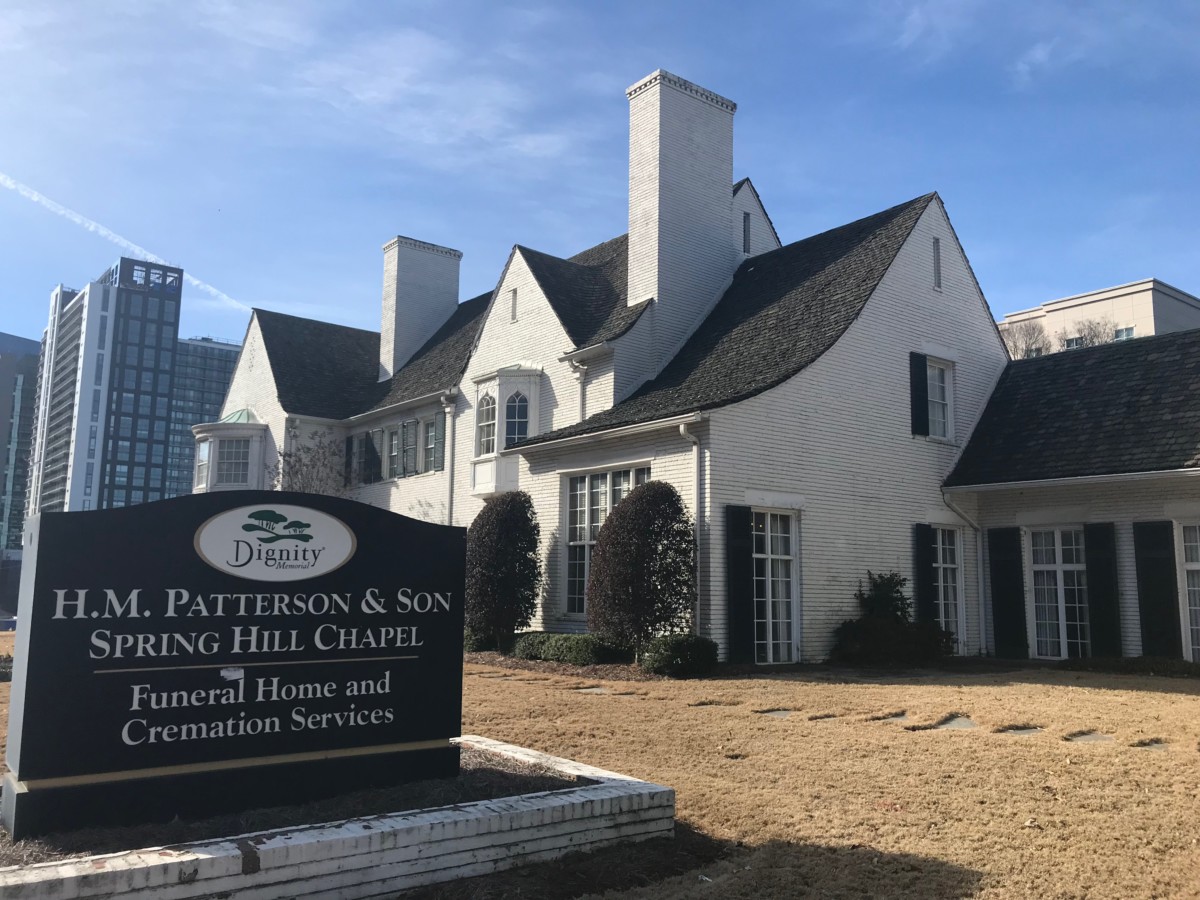 Update: The Urban Design Commission, at its Jan. 24 meeting, deferred action on this designation until its meeting on Feb. 14 at the request of the owner. The protections will remain in place during this period.

An Atlanta landmark built to serve the dead will soon get a new lease on life.

The City of Atlanta is seeking to give the H.M. Patterson Funeral Home on Spring Street near 10th Street landmark status – a move that will protect the unique building from being demolished for new development. 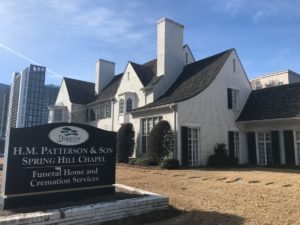 The proposal to give the Patterson Funeral Home – Spring Hill landmark status will be heard by the Atlanta Urban Design Commission at its Wednesday meeting on Jan. 24.

Tim Keane, planning commissioner for the City of Atlanta, said the property is now owned by SCI Management Houston-based, which bought the funeral home from the Patterson family. Because of all the development pressures in Midtown, Keane said the city became concerned the majestic property would be sold and redeveloped.

“We understand it is in an area of the city that is becoming more urban and more dense,” Keane said. “The protection of this historical resource will make the property more valuable in the future.”

Keane said it is important for Atlanta to blend the old with the new to make sure the city does not lose its individual character.

Doug Young, executive director of the Atlanta Urban Design Commission, said the Patterson Funeral Home is being protected for two reasons – its architectural history as well as its significance to the history of commerce in Atlanta. 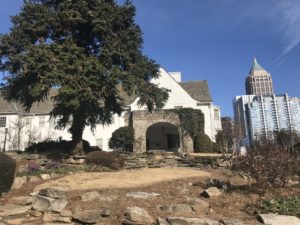 The Spring Hill building was designed by Philip T. Shutze, one of Atlanta’s premier architects who had initially practiced with Neel Reid. The funeral home, built in 1928, is considered to be one of Shutze’s primary buildings in Atlanta. Others include the Rhodes House (1926), the Swan House (1928), Rich’s (1924), the Temple (1931), Boy’s High – now Grady High School (1924) and the Academy of Medicine (1940).

The Spring Hill Landmark building was developed by H.M. Patterson and Sons and designed to “provide a full range of modern mortuary services to an upper class clientele, complete with the convenience of automobile accessibility in a bucolic, home-like setting,” according to the application prepared for the Urban Design Commission.

When it opened in October 1928, Spring Hill was described in publications of the day as “one of the finest mortuaries in the South” and “one of the most modern institutions of its kind in the entire country.”

It also was the funeral home of choice of some of Atlanta’s top citizens – former Atlanta mayors William B. Hartsfield and Ivan Allen Jr. as well as author Margaret Mitchell and Berry College founder Martha Berry.

“We believe it was the first purpose-built mortuary building in Atlanta,” Young said. “It was designed by the Patterson family to provide the full services of a modern mortuary.” 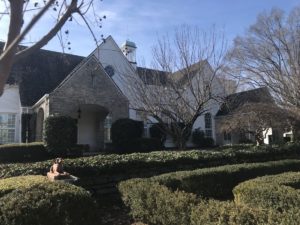 Although the funeral home was designed to look like a traditional country manor, Frederick W. Patterson conceived of Spring Hill on a 3.25 acre lot as having “all of the conveniences of a modern mortuary by incorporating body preparation and embalming workspace facilities, funeral reception and guest rooms, a chapel, and the business offices of H.M. Patterson & Son into one complex that was easily accessible to clients via the automobile.”

It is strategically located on one of the highest spots in Midtown.

Giving the building landmark status would place it into a special zoning category, and if the property were sold, it would continue to have that designation. If the owner wanted to demolish, modify or redevelop the building and the grounds in any way, those plans would have to be reviewed and approved by the Urban Design Commission.

“It is the highest form of protection the city has to offer,” Young said.

That said, the property does include a surface parking lot as well as other areas that could be redeveloped. 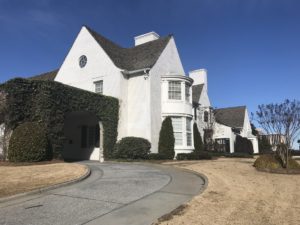 “The rear and each side of the property are open,” Young added. “One could do a development there without redeveloping the buildings or the gardens.”

As Keane said: “There’s no question that there could be a development plan for the site that would not involve the demolition of the building. They could take a more nuanced approach.”

The landmark designation of Spring Hill is yet the latest example of the City of Atlanta’s willingness to take a stronger stand in protecting the city’s historic structures.

“The city is more interested in proactive preservation work these days,” Young said. “We want to make sure we have the best preservation tools  – regulatory tools and incentives.”

The city is working on a new Preservation ordinance as part of the Atlanta City Design Project, which also will include an urban ecology framework, a new tree ordinance, a new transportation plan as well as a revamped zoning ordinance.