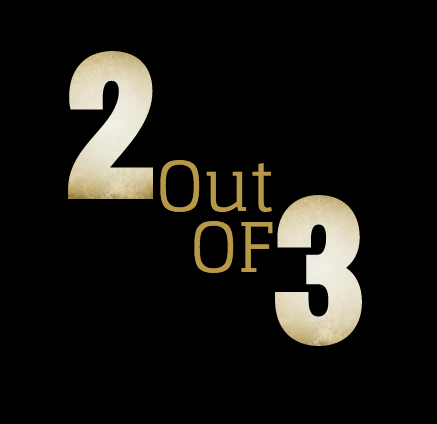 Despite pleas from constituents to slow down the train, the Atlanta City Council voted Monday evening 11 to 4 to approve a funding plan for a new $1 billion football stadium in downtown Atlanta.

The City Council vote, which did not go through the normal multi-week committee process, was pushed through on a super fast track on Monday after a six-hour meeting of the whole council.

That approval followed Friday’s unanimous vote by the Georgia World Congress Center Authority that endorsed the new retractable roof stadium for the Atlanta Falcons. Only one more governmental body is needed to approve the deal — the board of Invest Atlanta.

Invest Atlanta had been scheduled to vote on the project at a meeting Tuesday morning — making it the third vote in as many business days, but Monday night those plans changed.

“We want to take a minute and look at the amendments,” Brian McGowan, president and CEO of Invest Atlanta, wrote in an email explaining why the decision had been made to have his board delay voting on the stadium deal.

Still, it is likely that the most contentious and agonizing vote was Monday’s Atlanta City Council vote.

“We are grateful for the Council’s vote of support today,” said Atlanta Falcons owner Arthur Blank in a statement Monday evening. “The agreements approved today represent the fruits of more than two years of collaborative discussions leading to a solution that serves the best interests of all involved, including the neighborhoods surround the stadium.”

Atlanta City Councilwoman Felicia Moore, who chairs the finance committee, consistently argued for more time to analyze a deal of such magnitude. She said it was “unprecedented” for City Council to act with such haste after only receiving a detailed copy of the agreement last Wednesday.

Moore did say she understood that there was some urgency to get the deal completed, but that was never fully explained.

At-large Councilmember Michael Julian Bond made the motion for the council to approve issuing $200 million in bonds that will be backed by hotel-motel taxes collected in the city as the public financing to build the stadium. The remaining construction costs will be covered by the Atlanta Falcons, the National Football League, seat and suite leases as well as game revenues.

Moore made a substitute motion, which was defeated in a 10 to 5 vote. The five council members who wanted to defer the vote were: Kwanza Hall, Natalyn Mosby Archibong, Alex Wan, Howard Shook and Moore.

When the final vote came to approve the stadium deal, the no votes were: Hall, Wan, Shook and Moore.

Atlanta Mayor Kasim Reed entered the Council Chambers for the final vote, which took place at about 7 p.m. after a meeting that began at 1 p.m. After the vote, Reed asked if he could address council.

“We are going to build a terrific stadium. It’s going to be world-class,” Reed said, adding that what was most significant is that Atlanta was able to keep its football team downtown. “You did the right thing.”

Reed told the members of City Council that he was watching the proceedings in his office library with former Atlanta Mayor Andrew Young. At the end of his term as mayor, Young had used the power of eminent domain to acquire several black churches to build the Georgia Dome.

“There are so many scars,” Reed said. “The people from Vine City and English Avenue, they have deep pain and deep hurt. Many of us candidly were not around. We actually have an opportunity this time to get it right. We have a five-year runway this to actually honor these commitments that we have made together.”

Before the vote, the City Council listened to dozens of supporters and opponents the stadium project voice their opinions about the project.

The project has been on a fast track since March 7, when Mayor Reed announced the city had reached a deal with the Falcons and GWCCA. Reed and Invest Atlanta took the initiative this winter after the General Assembly proved reluctant to move the project forward with state funding.

But for many of the speakers during a public comment period before Monday’s vote, a decision couldn’t come too soon.

“I know first hand what the economic impact would be for our city,” said Dwight McQueen, former national sales manager for the Atlanta Convention & Visitors Bureau. “This project would keep us on the world stage.”

Other speakers criticized the stadium as unnecessary considering the age and condition of the Georgia Dome. William Perry, executive director of Common Cause Georgia, said a review of GWCCA projections shows the public would be on the hook for $882 million through 2050, including long-term financing costs, not the $200 million promised.

“The council needs to take careful consideration and not decide this in three business days,” he said.

Residents of the surrounding neighborhoods said they weren’t given a chance for input into the deal.

“The community would simply like to slow down the train so they can engage in the democratic process,” Rodney Mullins said.

Besides the funding directly related to the stadium, the agreement calls for the Arthur M. Blank Family Foundation and Invest Atlanta to contribute $15 million each toward redevelopment of the Vine City, English Avenue and Castleberry Hill communities.

The Falcons agreed to pay up to $50 million for related infrastructure costs and $20 million to acquire additional property outside of the stadium footprint needed to realign Martin Luther King Jr. Drive.

The Falcons would start playing football in the new stadium in 2017.

At the meeting, the Atlanta City Council also passed an amendment calling for another $20 million in contingency funds that could go to stadium-related infrastructure costs if there were to be a surplus.

Incidentally, Moore had scheduled a work session for the council’s finance and executive committee for Thursday had the vote been deferred so it could go through the normal process.

“I grew up near the train tracks,” Moore said, adding that her mother always told her never to stand in the middle of the tracks in case a train might be coming. “I’m going to stand on the platform and wave y’all all adieu.”