Members of the Community Benefits Plan Committee learned Nov. 20 that a draft version of a redevelopment plan for neighborhoods surrounding the new Falcons stadium had been submitted to the Atlanta City Council without the consent – or knowledge – of the committee. Already a tense process, this turn of events angered community representatives who had been involved in this work since July of 2013.

The plan is currently working its way through the council process, with a full city council vote on Monday, Dec. 2. If approved and unchallenged, the city will be able to move forward with its financing plan for the new stadium. Any future involvement by residents will be minimal and mostly symbolic, as the city will have accomplished its key objectives and won’t need to involve the community in a serious way.

However, let’s imagine for a moment that the city becomes severely hindered in its efforts, and it reaches the point where it genuinely needs community support to continue. This could happen if legislation is blocked by council members serving that district, or if civic leaders launch a successful lawsuit challenging the city’s actions.

With the distrust engendered by the announcement the plan had been submitted to council without the committee’s consent or knowledge, the city could not return to community groups and start over again with a clean slate. The city would need a dramatically different approach to working with the residents. 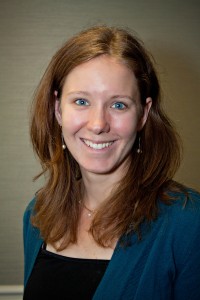 Should the city find itself in this position in the months ahead, below is an overview of four steps it would need to take in order to begin to effectively rebuild its credibility and position itself to successfully lead re-development efforts.

First of all, the city would need to bring in a new consultant to lead the community engagement efforts. The previous process was facilitated by Invest Atlanta, the city’s economic development authority. Invest Atlanta’s interest and expertise lies in enhancing economic development opportunities for the city, not in building consensus or addressing conflicts between stakeholders. Invest Atlanta deserves a spot at the table, but they should be serving as an interested stakeholder, not as the committee’s facilitator.

Going forward, the city would need to partner with community members to hire a neutral, third- party mediator focused on providing a transparent and collaborative process to guide their joint work. Unless the community members play a role in the hiring process, they won’t be able to trust that the mediator is truly working to reconcile both sides.

The city’s problem is less that it chose a low-level of engagement than that it acted as though it was collaborating with the community, only to down-shift into a consultation model in the final project stages. If the city and the residents had developed a shared understanding of the actual level of community involvement, then it is likely that the Nov. 20 committee meeting would have ended with significantly less hostility.

Because of the increasingly contentious nature of this conflict, if they city were to attempt to re- engage the community, it would need to commit to a strategy based on a higher-level of community inclusion. Furthermore, at this point, the city would not be able to unilaterally inform the community of its new stakeholder engagement strategy. It would need to work with the community members to garner their alignment around and support for a joint plan.

Third, the city would need to recognize that future engagement efforts would not be based on a foundation of mutual trust amongst stakeholders. And that’s OK. In an ideal world, stakeholders trust one another to be honest, to tell the truth and to work towards a greater good.

However, we don’t live in an ideal world. Rather than bemoaning that fact, as part of step three, the project stakeholders would need to figure out a way to work together so that they could trust a joint process, even if they did not trust one another.

This means developing an explicit understanding about how committee-level decisions would be made, creating a shared understanding of the interests, needs and expectations off all stakeholder groups, and building ownership for and alignment around each aspect of the committee’s work together.

Finally, the city would have to view and treat the stadium development as an opportunity for joint gains for all stakeholders.

Currently, stakeholders are treating the stadium development as a zero-sum game in which one side wins at the expense of another side. This position limits stakeholders abilities to creatively identify and develop new solutions that could benefit all parties. Moving forward, the city would need to approach the issue from a win-win mindset.

Negotiators ofter refer to the term BATNA: Best Alternative to a Negotiated Agreement. In the case of the Community Benefits Agreement for the westside neighborhoods, the city’s best alternative appears to have been moving forward without an agreement in order to meet the bond financing deadlines and to keep the construction project on schedule. The mayor is juggling many projects to move the city forward and continue to redevelop in a positive way.

In these instances, the city would be best served by adopting a new model based on transparency, collaboration, and stakeholder engagement best practices. The city would likely find that collaboration can be quicker; it can be cheaper; and it can provide better, more enduring outcomes. After all, as the saying goes, you can catch more flies with honey than with  vinegar.