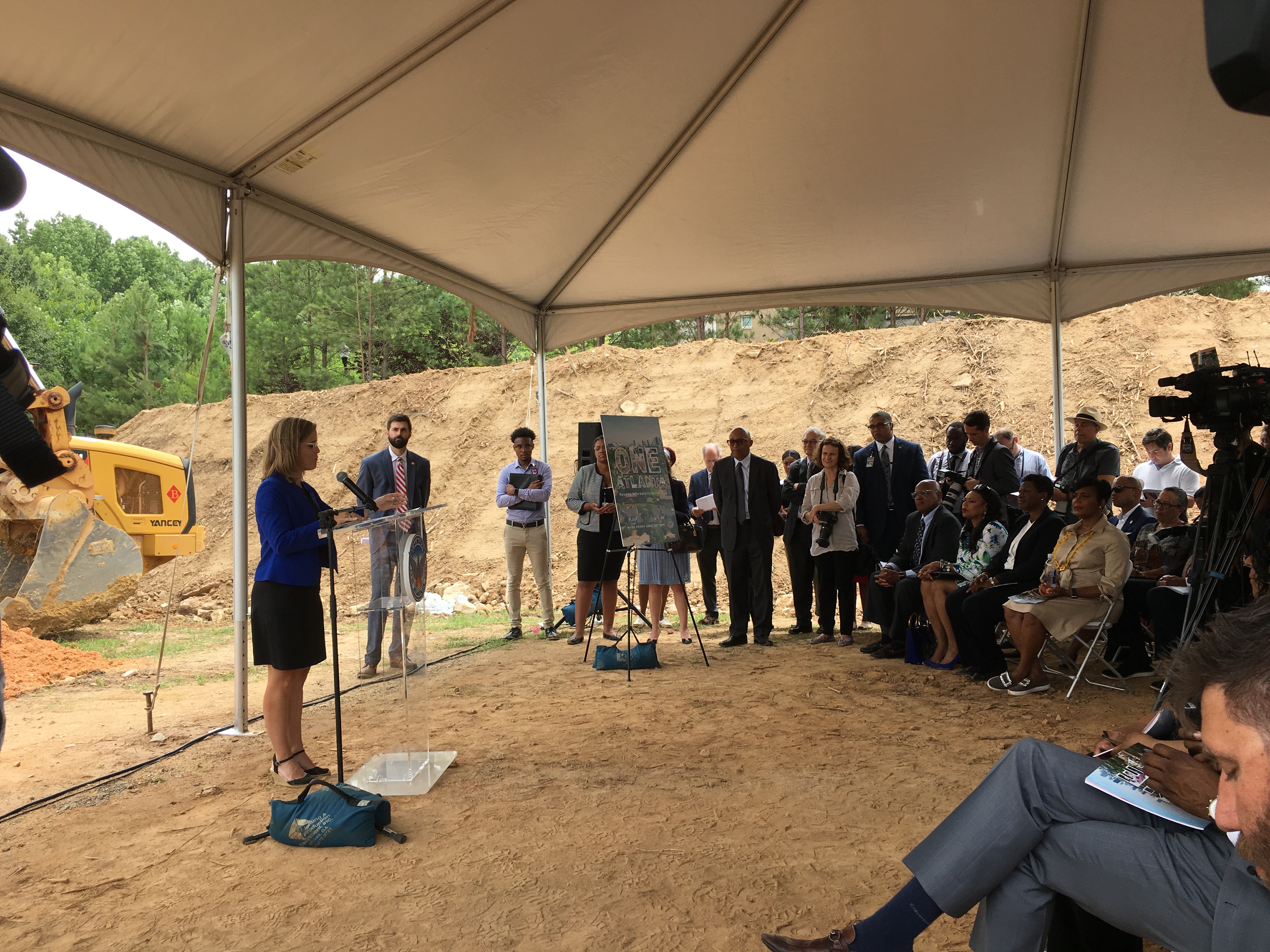 Sarah Kirsch of ULI Atlanta addresses the crowd, including Mayor Bottoms (leftmost), at a press conference at Creekside at Adamsville. (Credit: Saporta Report)

Mayor Keisha Lance Bottoms announced a plan today to steer city policy around affordable housing, targeted at fulfilling the 2017 campaign promise she made of $1 billion toward the issue.

“We recognize that a ‘one size fits all’ model will not address our challenges,” she said. “The reality is, no city has gotten this right. And in true Atlanta fashion, I truly believe we will be the first.”

The plan builds on the work of HouseATL, a group of public and private housing developers and advocates who released a plan for Mayor Bottoms’s approval last August, though there are many details still to come. (The report says the city is still “exploring” about a dozen of the action items in the plan.) 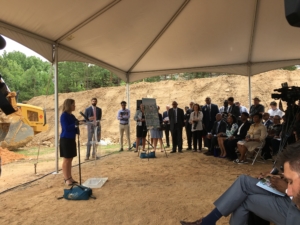 Sarah Kirsch of ULI Atlanta addresses the crowd, including Mayor Bottoms (leftmost), at a press conference at Creekside at Adamsville. (Credit: Saporta Report)

Here are the biggest takeaways: