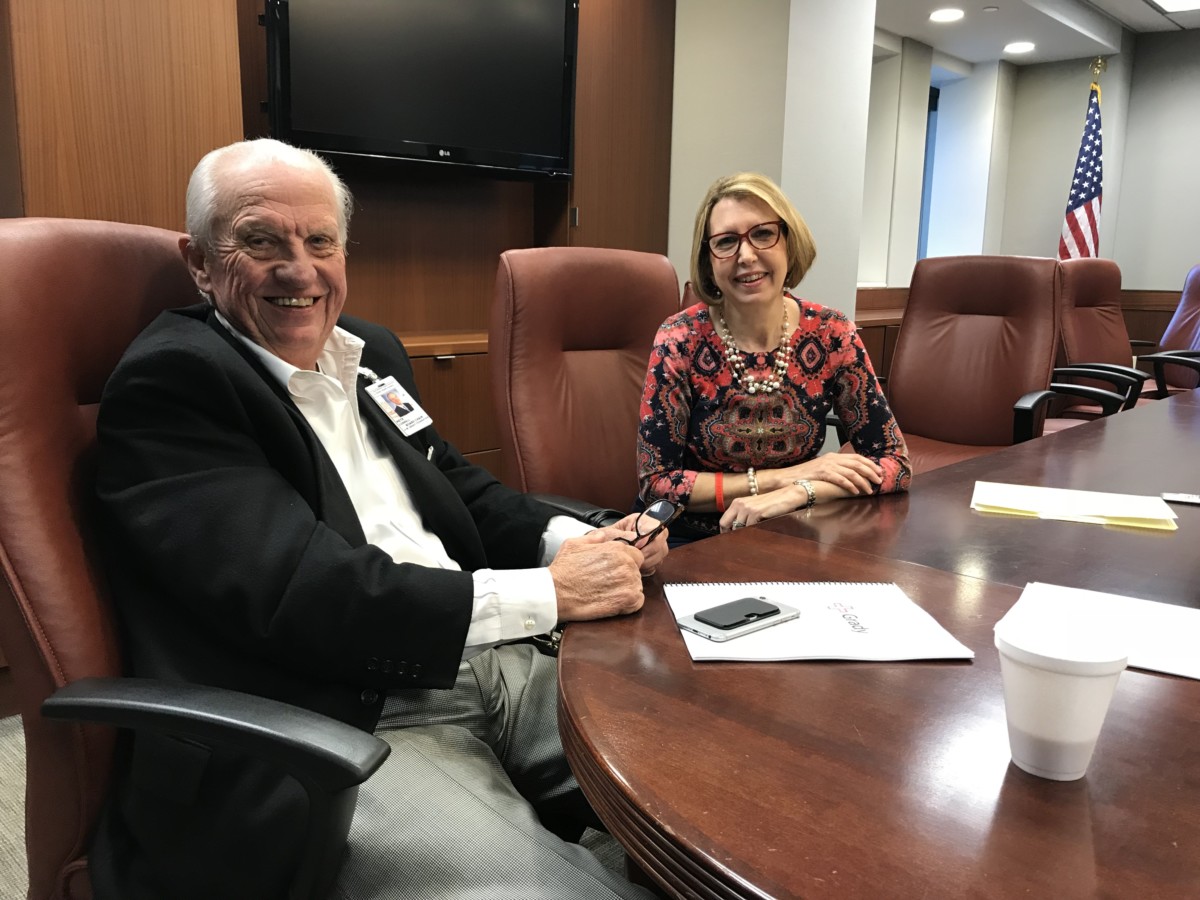 A.D. "Pete" Correll, chairman of the Grady Health Foundation, in 2018 with Renay Blumenthal, then president of the foundation (Photo by Maria Saporta)

Correll, who retired as CEO of Georgia Pacific in 2005, served in top civic roles – chair of Central Atlanta Progress, chair of the Metro Atlanta Chamber and chair of the Atlanta Committee for Progress. 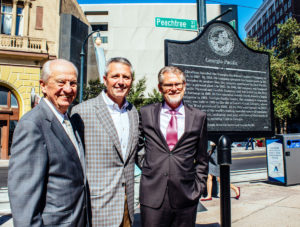 But more importantly, Correll was willing to tackle the region’s most racially-sensitive and intractable, such as saving an almost-bankrupt Grady Hospital, changing the Georgia state flag and honoring the late Atlanta Mayor Maynard Jackson by renaming Atlanta’s airport to include the Jackson name.

“In the 21 years I’ve been in Atlanta, when an issue came up that needed external leadership, he was the guy to go to,” said Tom Bell, who was Correll’s friend, business partner and co-conspirator in civic causes. “He was willing to do what had to be done. He was the guy I went to about Grady. By the third drink, Grady was our problem, not someone else’s. It was one of the most rewarding things we had ever done.”

Beginning in 2007, Correll and Bell were able to raise hundreds of millions of dollars to turnaround Grady Hospital. Top business and philanthropic leaders invested in the institution and make it a leading center for health care – a safety net for the uninsured population for Atlanta.

“He had the gruffest exterior to mask his enormous heart of almost anyone I have known,” Ann Curry, former owner of the Coxe Curry & Associates fundraising firm, said of Correll. “He got the importance of Grady when almost no one else did.  He wasn’t drunk when he took it on, as he liked to joke. Instead, he was strategic in understanding what was possible for Grady.”

“If there ever was a model of bold leadership, it was Pete Correll,” Blumenthal said. “Pete understood he had both a corporate responsibility and a civic responsibility.”

Correll also had a blunt style of leadership. 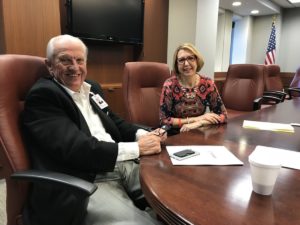 A.D. “Pete” Correll, chairman of the Grady Health Foundation, in 2018 with Renay Blumenthal, then president of the foundation (Photo by Maria Saporta)

“Pete was wickedly smart and caring, but you better not bullshit him,” Blumenthal said. “He didn’t suffer fools or idiocy easily.”

She recounted a few of her favorite Correll stories. When the Georgia Pacific human resources team was taping an interview with him about leadership, Correll was asked: “What do you look for in a leader?” Correll answered: “Followers.” Then he declared the interview was over.

She remembered giving him updates about Grady. “Darling, don’t tell me what’s working. Tell me what’s not working,” Correll told her. “Bad news doesn’t get better with time.”

Another one of her favorite Correll quotes was: “Sometimes it’s easier to change the people than to get the people to change.”

And she remembered when health care professionals would give a presentation full of medical jargon.

“I have no idea what you just said,” Correll told the presenter. “Can you say it again so I can understand it?”

Sam Williams was tapped by Correll in 1993 to become president of Central Atlanta Progress, and then Correll was a key player behind Williams being named as president of the Metro Atlanta Chamber three years later. 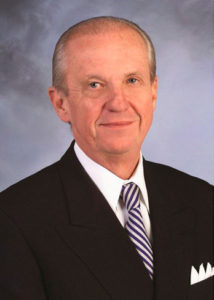 While chairing CAP, Correll helped launch the downtown Atlanta Ambassador Force. And leading the Chamber, Correll helped Gov. Roy Barnes change the state flag from one that featured the Confederate stars and bars.

Williams remembered attending a meeting at the state capitol with Correll, the late John Williams of Post Properties and Allen Franklin of Georgia Power when the Gov. Barnes said he wanted to change the flag.

“Pete said to me, that not going to happen unless business people get behind it,” Williams said Wednesday. “I remember the day when Georgia Pacific and Georgia Power took down the state flag with the Confederate emblem.”

Williams stayed in close touch with Correll until the very end. On his 80th birthday (April 28), Correll sent friends an email telling them he was no longer going to accept medical treatment. Williams visited Correll at his home on Sunday, just a couple of days before he died, when they reminisced about some of their battle stories.

“He still had his sense of humor,” Williams said. “He really loved Shirley Franklin. He talked about her when we were together on Sunday.”

“As a product of a stratified and divided America, Pete Correll grew to be an inclusive leader in the dynamic times of the late 20th and early 21st centuries,” Franklin wrote. “His candor, his intellect and his integrity were evident as he brought business experience and expertise to his civic work. Oh, I loved working with him on a host of Atlanta initiatives from Clean Water Atlanta to renaming the city airport. His legacy in Atlanta is huge and will last for generations. May he Rest in Peace.” 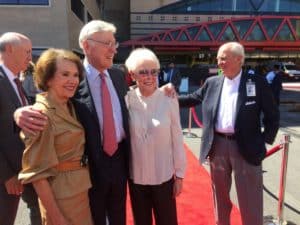 On his way to work one day, Correll heard on the radio that Ebenezer was shutting down its building program because it had run out of money. In one afternoon, Correll got 10 companies (including Georgia Pacific) to donate $100,000 to Ebenezer, and construction resumed.

Correll would stick with his civic endeavors until the end – inspiring others to join in by saying: “We’re going to do this,” according to Williams. “He was not shy about asking people to do really big, important things. He would say: ‘I need you to join me.’”

In addition to all his philanthropic work in Atlanta, Correll and his wife, Ada Lee, supported efforts in their respective hometowns of Brunswick and Statesboro. In addition to his wife, Correll is survived by two children – Elizabeth Correll Richards and Alston Correll – and five grandchildren.

“Pete was a courageous guy who was just as grumpy as he could be,” Bell said. “But he got stuff done. Pretty much every citizen in the greater metro area owes Pete Correll a debt of gratitude.”

Note to readers: A service for Pete Correll will be held Wednesday June 2 at 2 p.m. at the First Presbyterian Church of Atlanta at 1328 Peachtree St. NE.