The Civic League for Regional Atlanta will have a new chairman as of Jan. 1 — Robert Inman “Trey” Ragsdale III.

Ragsdale manages government and community relations for Kaiser Permanente. He also has been involved in a variety of government, business and civic groups in metro Atlanta including the Bank of North Georgia, the Children’s Museum of Atlanta, People to People International as well as several chambers of commerce.

“Atlanta is once again at a pivotal crossroads in its history,” Ragsdale said in a statement. “We have very little room for error, and that is why it is so important to have a strong Civic League that will educate, engage and empower residents of metro Atlanta.” 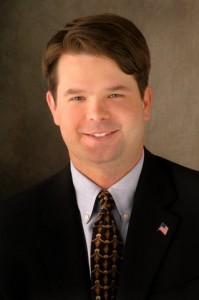 Among the key issues in 2012 will be transportation, water and education. The League will hold programs about those topics to encourage strong civic participation.

For the first half of the year, the League will focus on the regional transportation sales tax referendum that will go before voters on July 31.

Ragsdale also said that ideally 2012 will be the year “leaders put Metro Atlanta back on track for prosperity and economic growth for generations to come.”

The Civic League also named Denise Billups, an executive coach and consultant with C. Robinson Associates, as its vice chair.

Josh Rowan, who handles transportation program and construction management for Jacobs Inc. in the Southeast, has been named treasurer.

The secretary will be Patty Smitherman, president and co-founder of Communicata Language Services.

The outgoing chair of the Civic League is Clair Muller, who was an Atlanta City councilwoman for 20 years and served on the Atlanta Regional Commission for 14 years. will continue to serve on the League’s executive board.

On Jan. 24, the Civic League is scheduled to approve a new set of guiding principles for 2012 that will hone in on its mission to promote collaboration and transparency in regional decision-making and focus on issues, plans and policies that cross county lines and city limits.

“Sometimes, we can be so balkanized,” Muller said. “If we could talk to each other better, it would advance what we are trying to do in all of Georgia.”