The Midtown Alliance has selected its next president and CEO — Kevin Green, currently executive director of the Clean Air Campaign.

Green will succeed the well-respected Susan Mendheim, who has served as president of the Midtown Alliance (originally the Midtown Business Association) since 1982. 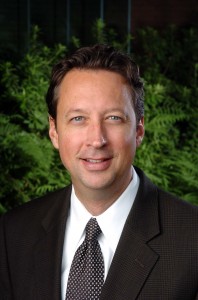 Kevin Green was named president and CEO of Midtown Alliance.

Green has been executive director of the Clean Air Campaign for the past four years. The organization helps implement innovative transportation and air quality programs for employers, commuters and schools througout the Atlanta region.

The Clean Air Campaign also tracks the level of the region’s air quality — particularly during the summer smog season.

Green graduated from Emory University with a law degree and practiced law for 11 years. He then became vice president of environmental Affairs for the Metro Atlanta Chamber, where he advanced regional policy initiatives for water resources, air quality and sustainable development.

Larry Gellerstedt III, chairman of the Midtown Alliance and CEO of Cousins Properties, said Green will bring a wide range of experience that is critical to the continued success of organization.

“With his strong background in Atlanta-based organizations, a career filled with accomplishments and a commitment to uphold the mission of Midtown Alliance, Kevin is an exceptional choice for this instrumental role,” Gellerstedt said in a statement. “The board could not have been more pleased when Kevin agreed to lead Midtown Alliance.”

The 33-year old Midtown Alliance has been credited with revitalizing the corridor along the Peachtree spine into an area that’s become a major office market, the city’s leading arts and cultural district, a new campus for Georgia Tech, an upscale retail corridor and a revived residential neighborhood with hundreds of new highrise condominiums and apartments.

It has become a true live, work, study, shop and play community.

“I look forward to joining the Midtown Alliance and building on the amazing successes that Susan and her team have accomplished,” Green said. “In terms of great community visions come to life, Midtown is unparalleled. It’s a great urban experience today, and with continued bold vision and hard work, Midtown can only get better. That is exciting.”

The search for president and CEO of the Midtown Alliance began in December 2010 when Mendheim announced her retirement during the organization’s annual meeting at Atlanta Symphony Hall.