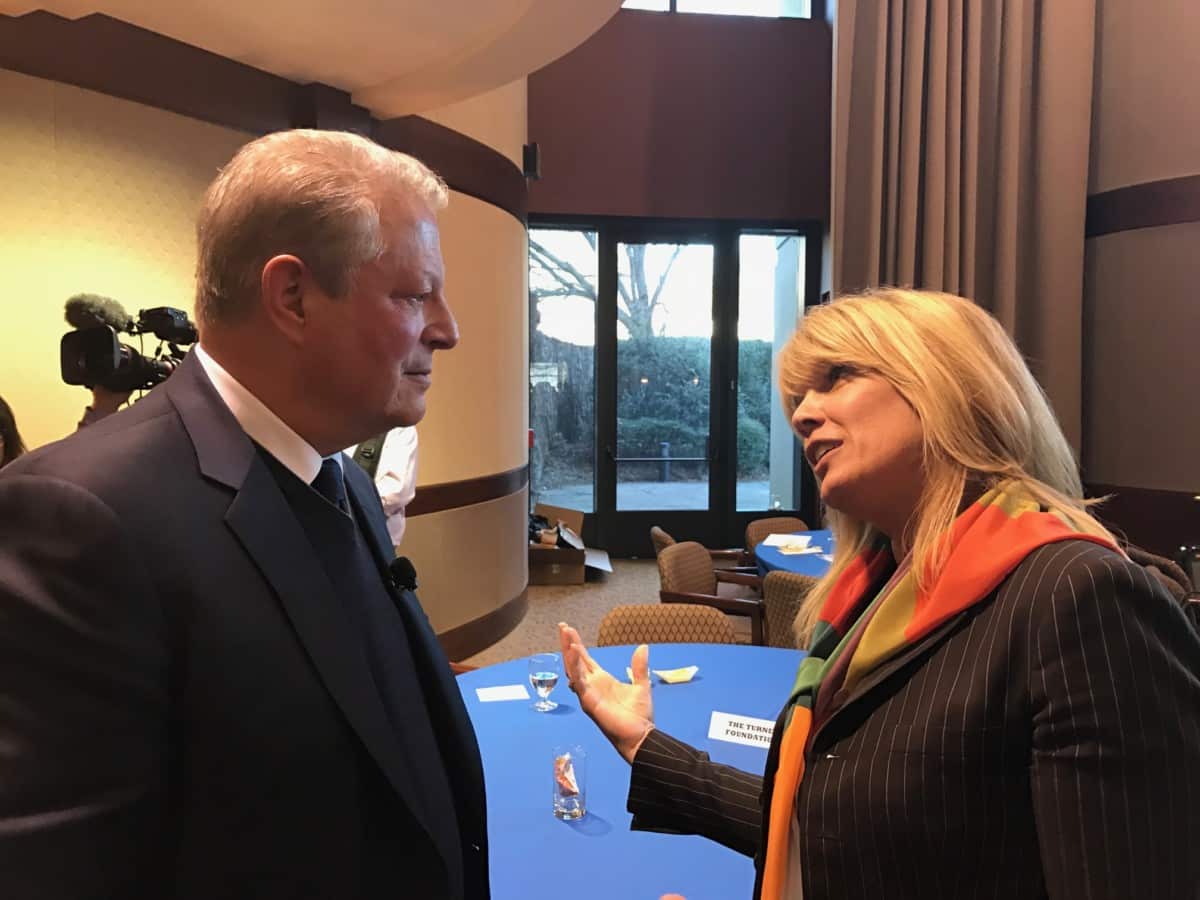 Originally, the meeting was supposed to have been a three-day session held at the Centers for Disease Control and Prevention. But the CDC cancelled the event on the eve of Donald Trump being inaugurated into office, likely for pre-emptive political reasons. 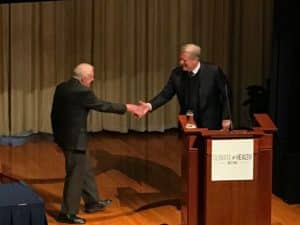 During the campaign, Trump once referred to climate change as a hoax, and he said he was not a big believer in man-made climate change.

In his opening remarks, Gore said the all-day meeting would be grounded in science.

Gore then thanked former President Jimmy Carter for being willing to host the meeting at the Carter Center at the last minute. He also thanked Ted Turner and his daughter, Laura Turner Seydel, for providing  financial support through the Turner Foundation.

“I called President Carter first,” Gore said. “Then I called Laura’s dad and Laura…and they said, ‘Absolutely.’ When you want to get something done in Atlanta, you know who to call.”

In the early afternoon, Gore introduced a surprise guest – President Carter, who was greeted by a long standing ovation.

“The CDC has to be a little more cautious politically, the Carter Center doesn’t,” Carter said explaining that the CDC is vulnerable because it receives funding from the federal government. 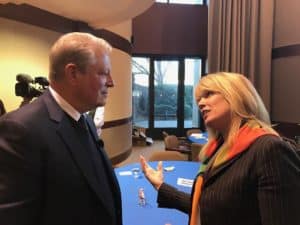 Carter went on to say he has secret service protection for the rest of his life, and he has no plans to run public office.

In another ironic political twist, Gore announced that two of the speakers had been denied visas because they had been to Iran. They had been impacted by Trump’s travel ban. Instead, Dr. Diarmid Campbell-Lendrum of the World Health Organization and Dr. Nick Watts of the UK Health Alliance on Climate participated at the meeting via a video.

But climate change threatens to change that, Gore said. The past three years have each been the hottest year in history.

“Climate change is tilting the balance,” said Gore, who said it is posing a crisis to human health.

Gore then outlined the many ways climate change can impact public health. It leads to extreme climate events, which are happening more frequently. Climate change contributes to drought, which makes food and water less accessible for people. 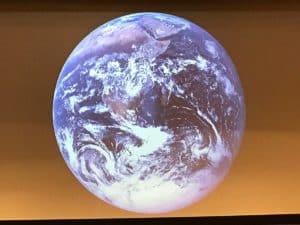 It is estimated that air pollution kills 6.5 million people a year around the world.

Climate change also can increase the incidences of diseases, for example giving mosquitoes a longer lifespan to infect a population.

Coal burning plants also contribute to increased carbon emissions, which are leading to a rise in global temperature. Gore said the goal is to keep the earth’s temperature from rising more than 2 degrees Celsius – a goal that emerged out of the Paris Climate Agreement of 2016.

Gore said the Paris Agreement was a major reason to hope people would tackle global warming as a priority. “Virtually every nation in the entire world signed on,” Gore said.

But Gore did not mention that Trump has vowed to scrap the Paris agreement.

The meeting also focused on the how climate change would especially impact people living in poverty, a concern that Carter echoed. 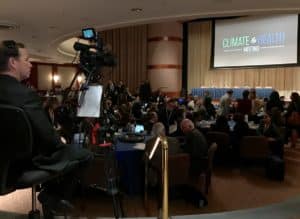 People gather at the Climate & Health Meeting at the Carter Center on Feb. 16 (Photo by Kelly Jordan) 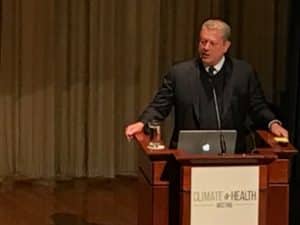 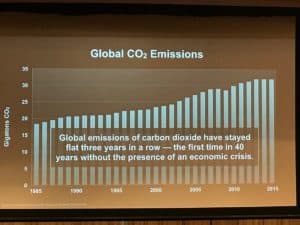