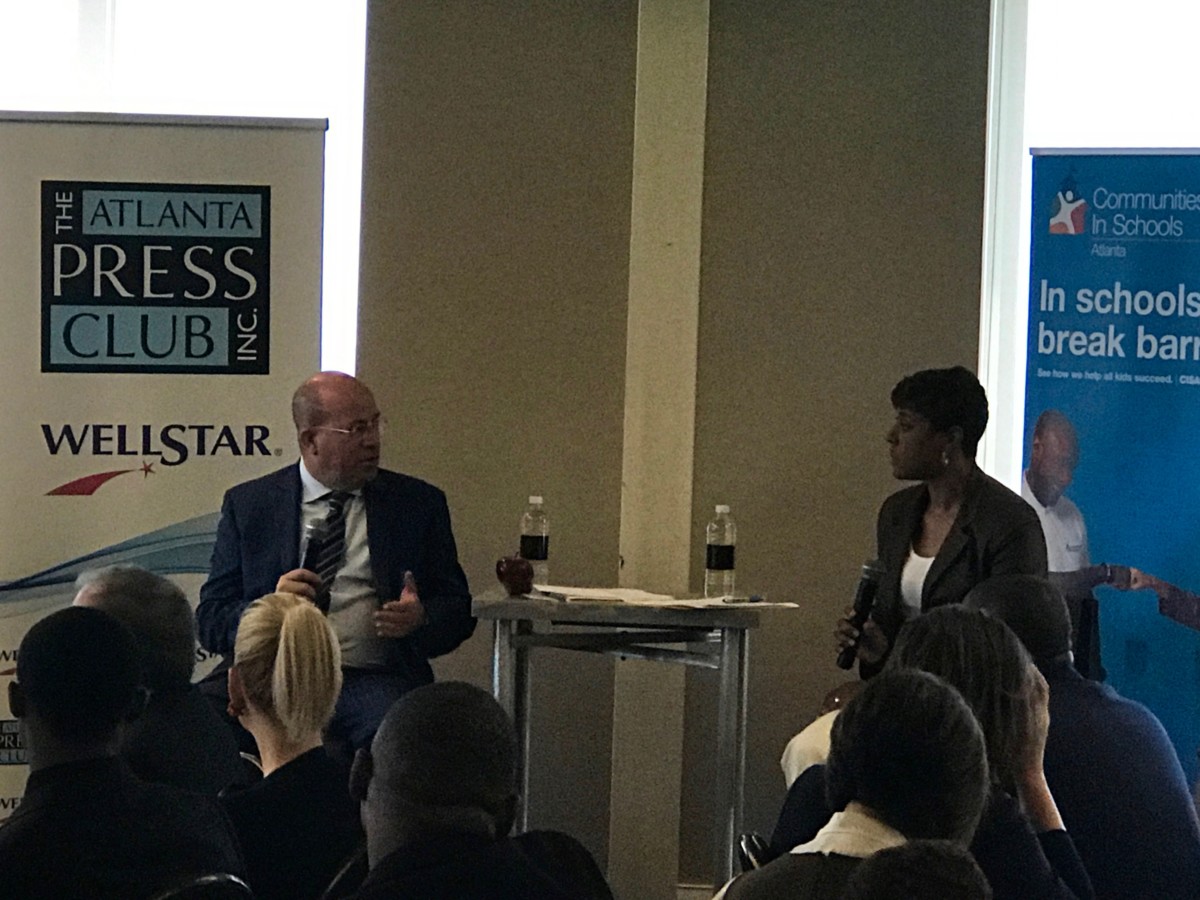 One outcome of President Donald Trump’s tirade against CNN and other news organizations is probably not the outcome the White House wanted.

Viewership is up at CNN and virtually all the cable news networks, according to Jeff Zucker, president of CNN Worldwide, who spoke at an Atlanta Press Club Newsmaker Luncheon Tuesday at the Commerce Club.

“Donald Trump has made American journalism great again,” Zucker told the audience of about 200 people.

Throughout the presidential election and the Trump presidency, Zucker said the cable news network has stayed true to its mission. “We are about the facts. We are about the truth… I don’t think the core mission has changed at all in 37 years. We have tried to hold those in power accountable.” 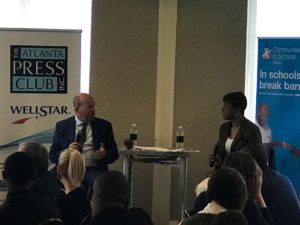 And contrary to what some might try to say, CNN is stronger than ever. It has annual profits of $1 billion – a big change from when Tom Johnson was president of CNN.

Then CNN was operating with a $2 billion debt, Johnson said at the APC lunch.

Zucker, however, said that much of CNN’s viewership is through its digital platforms.

“More people consume news and information from our digital products than will ever watch us on television,” Zucker said. “No one touches us in terms of traffic. People are going to get their news from twitter, but they will come to CNN to find out if it’s true.”

Moderator Crystal Edmonson, broadcast editor of the Atlanta Business Chronicle, asked Zucker CNN’s future in Atlanta and what impact the pending acquisition of Time Warner (parent of Turner Broadcasting and CNN) by AT&T would have on cable news organization.

Zucker said he’s been asked that question every year for the past five years, and the answer is always the same.

As to the AT&T acquisition, Zucker said he expects it to be completed by the end of the year.

“We actually think it’s potentially very exciting for CNN,” Zucker said. “AT&T has been very vocal. It has said they think the future of video is mobile; and the future of mobile is video. If they can help us facilitate that and speed up that transition, then I think this could potentially be fantastic for us.”

“It’s actually pretty good,” Zucker said. “You wouldn’t know that by what say. But that’s meant for the consumption of their base. They call on our correspondents. They answer our questions as much as they answer anybody’s questions.”

Zucker did acknowledge that CNN is the only major news organization that has not had a sit-down interview with President Trump. But he didn’t sound bitter about it.

“We are not having to play the game of access journalism,” Zucker said. “It has been very liberating and freeing.”

Despite not getting a Trump interview, CNN”s impact is as great as ever, Zucker said. “CNN is the one network that’s seen in every major city in the world.”

And Trump’s efforts to malign CNN are not working.

“We have done so much brand research because I’ve been worried whether all the attacks from the White House have had an impact on CNN,” Zucker said. “CNN remains the most trusted source of news in the United States.”

Zucker was asked if he could predict the headlines coming out of the White House a year from now.