Atlanta-based CNN Worldwide will be veering back toward its journalistic roots with the naming of Jeff Zucker, the former president of NBCUniversal, as its new president.

But one major difference is that for the first time ever the president of CNN will not be based in Atlanta.

Ever since the network was launched more than three decades ago, Atlanta has been the center of gravity for the news organization. But in the past decade, more and more of CNN’s programming and talent are being broadcast out of New York and Washington, D.C.

In an interview Thursday, Phil Kent, chairman and CEO of Turner Broadcasting System — which owns CNN, said that it was inevitable that the next president of CNN would be based in New York.

It was Kent who lead the search for a successor to Jim Walton, said Kent said he identified a dozen of executives who fit the job requirements and narrowed that down to a handful of finalists.

“Everybody I talked to about this position, maybe with one exception, would have been based in New York,” Kent said. “It was a given in my mind that the president of CNN would be based in New York.”

Kent added that much more of the decision-making of CNN has been taking place in New York and Washington, D.C. compared to when nearly all of the network’s executives and decision makers were in Atlanta.

“It’s a virtual global network,” Kent said. “The president of CNN will live and work in New York. There are components of CNN in New York, Washington, D.C., London, Atlanta, Los Angeles and Hong Kong. 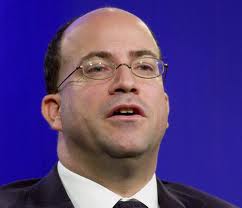 “Atlanta will remain the global news headquarters of CNN,” Kent added. “The fact that the president of CNN will be in New York is not a tectonic shift. His family is in New York. Atlanta isn’t going to know the difference. People who work for CNN in Atlanta have nothing to worry about. Their voice will be heard as much as it is heard today.”

Kent went on to say that Zucker “is going to be in Atlanta very often.”

Still, for Atlanta, the change is significant, even if it’s mainly symbolic. When CNN was launched in 1980 by media maverick and visionary Ted Turner, the fact that it was being based in Atlanta instead of New York or Washington was one of its selling points. Turner wanted to provide a fresh news voice in the country that was not part of the media establishment based in New York or Washington, D.C.

Turner saw Atlanta as being more in tune with the rest of America than with the traditional news operations based in the nation’s capitol and the Northeast. 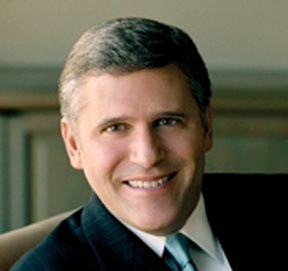 Tom Johnson, who retired as CNN’s top executive in 2001, moved to Atlanta to take over the network in 1990 — becoming an integral part of the local community.

“Personally, I regret that Jeff will not be headquartered in Atlanta,” Johnson said in an interview Thursday afternoon. “I think he would love Atlanta, and I believe that it would mean a great deal to the staff and the community if he were based in Atlanta. However, I know that the network can be run quite successfully from New York with all the new technology that’s available today that wasn’t available when I was in that chair.”

Kent also made sure to make the following point — “I’m not moving to New York.” And Kent will be Zucker’s boss.

“It’s not spin. It’s a non-issue as far as I’m concerned,” Kent said of where Zucker will live. “We employ 6,000 people in Georgia, and they are high-income jobs.”

What was most important, in Kent’s mind, was to find the right leader for the CNN for the future. 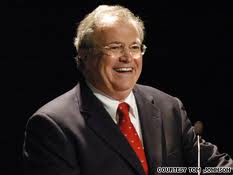 “From day one, I really knew Jeff Zucker was at the top of the list,” Kent said. “Very early on, I determined that he was the best person for the job.”

Still, Kent waited until after the election to make the final decision — one that he did in concert with Jeff Bewkes, CEO of Time Warner, which is the parent company of Turner Broadcasting as well as CNN.

One reason Zucker was the final choice was because he shared a similar vision of what CNN should be. As Kent said, the vision is to have CNN live up to the promise of its brand since the beginning — accuracy, immediacy, not taking sides — while making it “more engaging and enticing for people to watch it longer.” It is no secret that CNN has been losing market share to some of its competitors like Fox News and MSNBC.

From Kent’s point of view, the target audience will be the “intellectually serious viewer who wants to know more about the news stories of the day — what are they really about and what it means to them, and to hear about the news from various perspectives.”

Johnson was delighted with both the selection of Zucker and with the direction of where CNN appears to be going.

Also Johnson welcomed the neutral tone that he believes Zucker will bring.

“I don’t think he has any ideological view, and he won’t permit any ideological bias,” Johnson said. “That’s the way to position CNN. Plus he understands the complexities of today’s internet world, and he will drive the networks in the use of every current and future distribution platforms.”

Interestingly enough, Johnson first got to know Zucker in the early to mid 1990s when the NBC executive, along with Tim Russert, Tom Brokaw and Bob Wright, tried unsuccessfully to get him to leave CNN to become the head of NBC News.

Also, Kent said he barely knew Zucker before starting on the search right after Labor Day. The two had cross paths a couple of times — once when they were both bidding on the Atlanta-based Weather Channel (NBC won) and another time when Kent was seeking some advice on an issue.

“We have been friendly competitors,” Kent explained.

For Johnson, Zucker holds great promise to re-emphasize CNN as a journalistically-driven organization.

“I hope he’ll position CNN to be the New York Times of television,” Johnson said. “I think CNN needs to go back to reporting the news whenever and wherever it occurs, especially breaking news. News will trump programming every time.”

Previous Article
Atlanta Streetcar: Opening date in 2013 may be slipping away
Next Article
High-speed rail not a consideration in Atlanta airport’s master plan