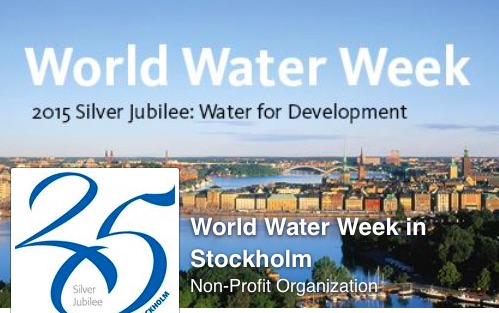 The soft drink company is announcing on Tuesday at the World Water Week in Stockholm that it expects to meet that ambitious goal by the end of the year.

Its combined efforts have put Coca-Cola on track to be the first global food and beverage company to replenish all the water it uses back to communities and nature.

Based on Coca-Cola system’s global water replenishment projects to date, the system is balancing the equivalent of an estimated 94 percent of the water it used in its finished beverages based on 2014 sales volume. 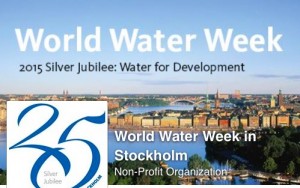 World Water Week 2015 in Stockholm (From its Facebook page)

Since 2004, Coca-Cola has replenished an estimated 153.6 billion liters of water back to communities and nature through 209 community water projects in 61 countries.

The Coca-Cola system returned approximately 126.7 billion liters of water used in its manufacturing processes back to communities and nature through treated wastewater in 2014.

“There is no resource more precious to human life and the health of our global ecosystems and economies than water,” Coca-Cola’s Chairman and CEO Muhtar Kent said in Stockholm. “As a consumer of water, the Coca-Cola system has a special responsibility to protect this shared resource. This is why we set an aspirational goal of being water neutral by 2020.”

Kent said the company has made “significant progress toward making that a reality,” and he added that the company is “more intent than ever to give back the equivalent of all the water” it uses to communities and nature.

The company will continue its efforts to remain water neutral – even after it meets its 100 percent goal, Kent added.

Coca-Cola is able to give back the amount of water equivalent to what it uses in its finished beverages and their production through replenishment projects, increasing water use efficiency in its plants, and returning water to watersheds and municipalities through wastewater treatment. 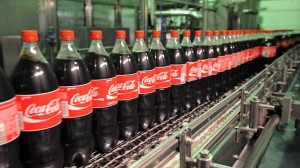 The Nature Conservancy has been an instrumental partner in designing the methodology to quantify Coca-Cola’s water replenishment efforts to balance the water used in finished beverages. The methodology for calculating water replenishment benefits also was the subject of scientific technical peer review to verify the use of generally accepted methods and accuracy for the foregoing purpose.

“More and more companies now recognize that factoring nature into their decision-making is a smart business strategy,” said Mark Tercek, president and CEO of the Nature Conservancy. “Coca-Cola’s commitment to water underscores that investing in nature can produce very positive returns for businesses and local communities.”

Tereck went on to congratulate the company and its bottlers for this “very significant achievement.”

The replenish projects are the result of partnerships with governments, civil society and other members of the private sector. Coca-Cola only calculates replenishment credit for the portions of the project that are directly funded or instituted by the Coca-Cola system.