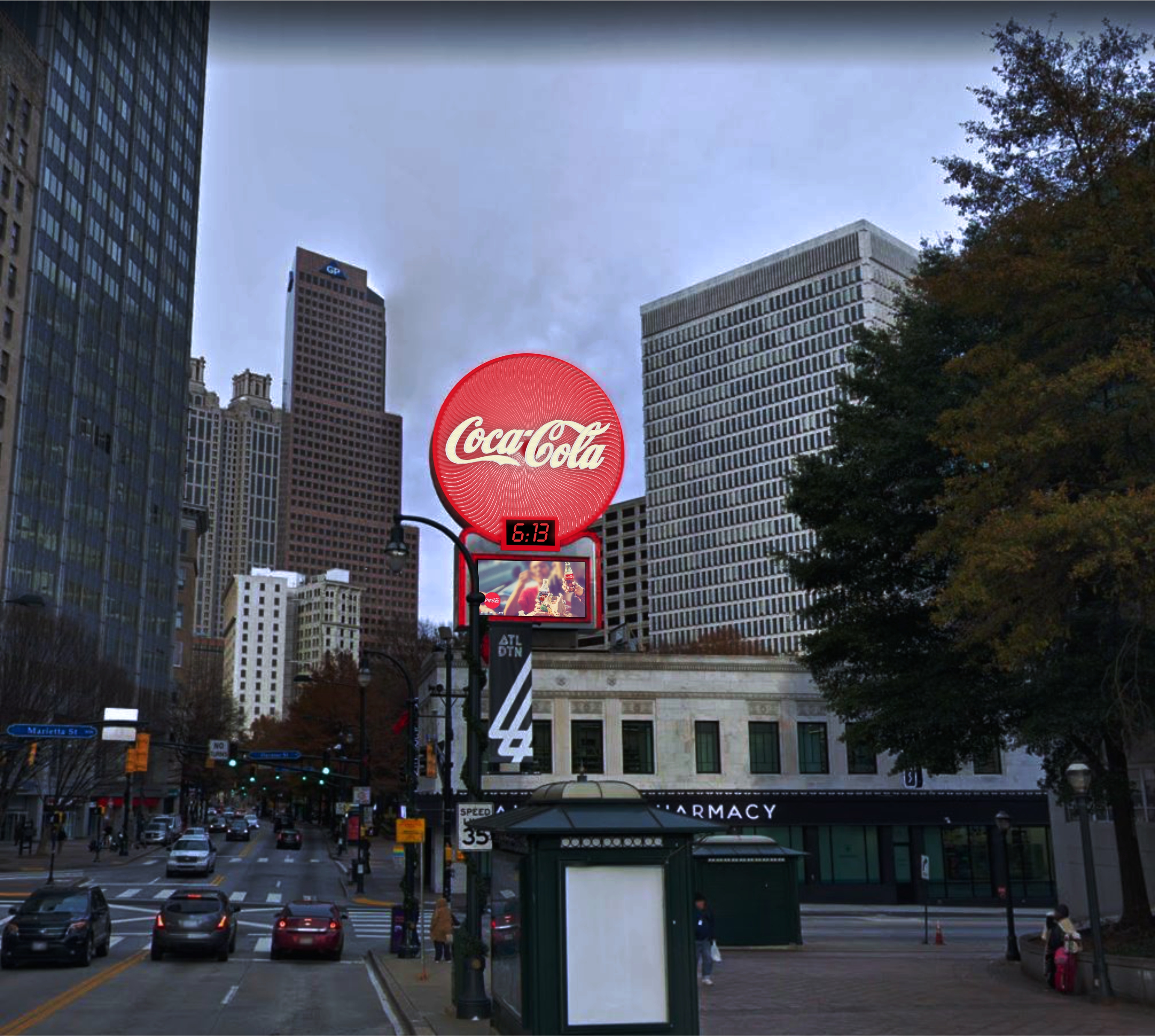 The Coca-Cola sign at downtown’s Five Points will shine brightly for years to come.

In the next couple of weeks, The Coca-Cola Co. will begin to completely refurbish and update what it refers to as the “Coca-Cola spectacular” sign. Parts of the sign will be removed, refurbished and replaced in the coming months with plans to unveil the updated sign by Jan. 1, 2020.

“Fear not, the iconic sign is not going anywhere!” said Justine Fletcher, Coca-Cola’s archivist. “Coca-Cola advertising has been a part of Atlanta since 1886, and in an effort to continue this important legacy, we are providing the spectacular Five Points sign with a much-needed refresh that will update the technology and make it far more energy efficient.” 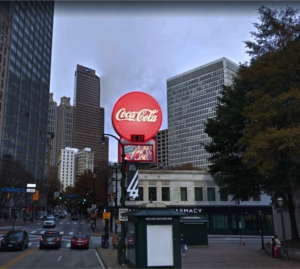 Symbolically, the sign is only a few feet away from where Coca-Cola was invented in 1886 at Jacobs’ Pharmacy at Five Points, and it is next to Woodruff Park, named after famed Coca-Cola leader Robert W. Woodruff.

Coca-Cola selected Douglasville-based DeNyse Signs to update the sign to include a full-color, interactive digital display in place of the current lighted board beneath the Coca-Cola logo. The new design will also be more durable, reliable and energy efficient. It will be lighter than the current version and will use LED bulbs rather than neon.

A camera will monitor the bulbs on the new sign and dispatch repair teams within 24 hours of an outage. Currently, a team literally drives by the sign each week to spot outages.

“We plan to have all updates done by the New Year and are proud to continue investing in the neighborhood where Coca-Cola was born 133 years ago,” Fletcher said in a statement.

The downtown Coca-Cola sign has had an on-again, off-again history, but this renewed investment signals the company is committed to keeping the sign a colorful part of the Atlanta’s cityscape for the foreseeable future.

The sign has been in its current location on top of the historic Olympia building (now the site of a Walgreens) since May 6, 2003, when several hundred people witnessed the return of a Coca-Cola neon sign to downtown Atlanta. The new Atlanta sign was the only “retro-style” structure Coca-Cola has designed anywhere in the world. The circular 33-foot diameter sign features nine-foot tall, 28-feet wide Coca-Cola lettering.

The unveiling of the sign occurred just two days before Coca-Cola’s 117th birthday. Then-company CEO Doug Daft was joined by Gov. Sonny Perdue and Mayor Shirley Franklin to light the retro version of a neon sign that had been removed from its original perch in front of the Candler building from 1932 to 1981.

The 22-year absence of a neon Coca-Cola sign came about when Georgia-Pacific Corp. had decided to move its corporate headquarters to downtown Atlanta. The company had said it did not want to have the Coca-Cola sign in its front yard, so the decision was made to take down the sign to guarantee Georgia-Pacific’s move to Atlanta.

But local residents missed having a Coca-Cola neon spectacular downtown, a spot that had become Atlanta’s version of New York’s Times Square, where crowds gathered to welcome the new year.

When Daft became aware of the historic significance of the sign as a gathering spot, he ordered his team to bring back a replica of the sign to downtown Atlanta.In announcing its renewed investment in the sign, the company pledged to mirror the original design with the red Coca-Cola disc that adorned the intersection of what is now Margaret Mitchell Square.

According to Coca-Cola’s historical records, the original sign (circa 1932-1938) was a three-part design featuring a nine-foot-high neon trademark, a billboard that changed out monthly and a motograph – an electric sign using light bulbs to create letters in order to relay news of current events.

The original sign was replaced in 1938 with one that displayed snowflakes, raindrops, clouds or sun rays to forecast the next day’s weather. This sign was dismantled in 1941 to make way for a new building on site.

In 1948 work was completed on the Coca-Cola “Neon Spectacular” sign, as it was called. The sign was 48-feet tall and 33-feet wide, featuring a 28-foot-wide trademark as well as a 44-foot-tall thermometer (the first of its kind featured on a neon spectacular).

In 1965, the thermometer was replaced by a digital temperature display; at the same time, the horizontal neon background was changed to a pinwheel design.