The Coca-Cola Co. unveils its new IT division offices in downtown Atlanta

A transformed open and airy office environment has welcomed nearly 2,000 Coca-Cola employees to SunTrust Plaza’s “Garden Offices” in the heart of downtown.

The Coca-Cola Co. (NYSE: KO) invited members of the board of Central Atlanta Progress to visit the company’s new home for its information technology division. The move came as Coca-Cola consolidated seven offices into five, The move of about 2,000 workers to downtown is viewed as a major boost to downtown.

But Andrew Currie, director of change implementation and communication for Coca-Cola’s Global IT and Global Business Services, said there was quite a bit of skepticism on the part of some employees to move to the downtown office building. “The fear factor was pretty high about going downtown,” he said.

About half of the employees had been working out the company’s Wildwood offices in Cobb County.

“We had to create a space that really welcomed people,” Currie said. “It certainly is working out really well. Now looking back, people love this space. It is such a light and open space.”

The space was built out so that it could fit 2,177 employees, and Currie said that there are usually about 1,800 people working out of the building. A Coca-Cola shuttle bus is available to transport employees from the SunTrust building to the North Avenue Coca-Cola headquarters building.

As to whether Coca-Cola could consider moving other employees downtown, Currie said: “We are always going to look at how we are going to best locate our people. 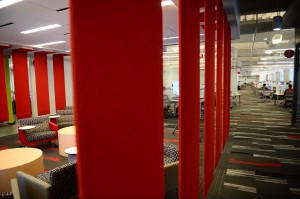 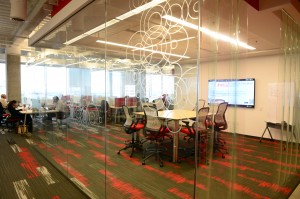 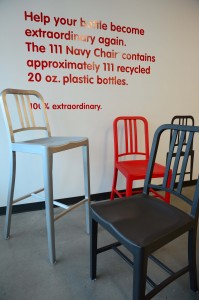