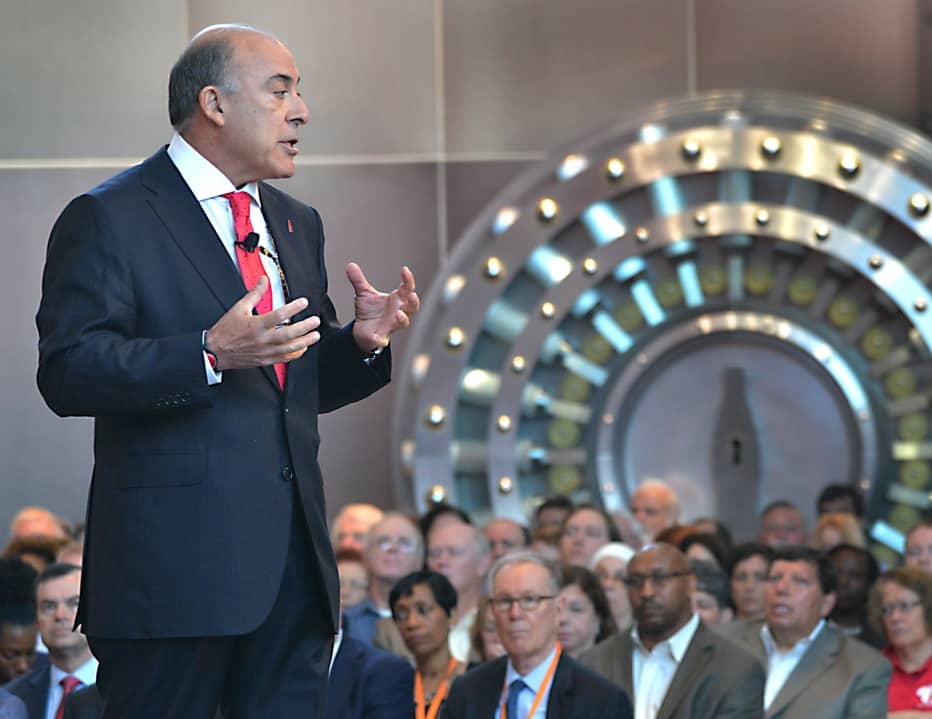 For the first year ever, the Coca-Cola Co. invited its shareowners to its own turf for its 2016 annual meeting – the World of Coca-Cola at Pemberton Place across from Centennial Olympic Park.

The new location had a strange impact on shareowners. Even the company’s harshest critics seemed subdued in the environment. It didn’t hurt that the company was opening up the attraction for a special first-ever Coca-Cola Shareowner Day so the owners of the company could get their fill of the house that soda built.

“Congratulations,” Ray Rogers, director of the Campaign to Stop Killer Coke, told Coca-Cola CEO Muhtar Kent. “Shareowner Day is a a brilliant idea. I can’t think of a better venue to hold this annual meeting rather than right here.” 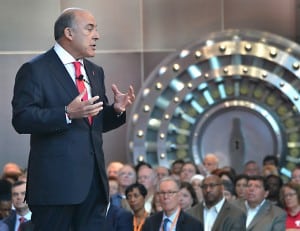 Coca-Cola CEO Muhtar Kent speaks to shareowners at 2016 annual meeting at the World of Coca-Cola in Atlanta (Photo by Michael Pugh for the Coca-Cola Co.)

Rogers, who has been so confrontational in past meetings that he has almost been thrown out, asked in a much milder tone why Coca-Cola didn’t address the hazardous use of child labor for the harvesting of sugar cane.

Kent, who seemed a little surprised by Rogers’ more agreeable tone, explained that Coca-Cola has some of the most progressive human rights policies of any global company – even requiring its supplier to comply with child labor laws.

“We feel we are making an impact down the supply chain,” Kent said. “We can’t be completely responsible for changing the way, but we can lead the way.”

It used to be that Coca-Cola always held its annual meetings in Wilmington, Del. A couple of times – on special occasions – the company did hold its meeting in Atlanta. But it wasn’t until Neville Isdell became the CEO that the company began holding the annual meetings in metro Atlanta – first in Gwinnett and for the last several years at the Cobb Galleria Center.

But the company decided the World of Coca-Cola would be able to handle the 400 or so shareowners who regularly attend the annual meeting.

Another shareowner thanked Kent for the free-attendance day at the attraction and then suggested that Coca-Cola should include coupons for free Coke products in the proxy. That shareholder said he was headed to Pepsico’s annual meeting next week in New Bern, N.C to make the same suggestion.

Jesse Jackson, head of the Rainbow Push Coalition, also attended the 2016 annual meeting. In contrast to when he led a major demonstration against Coca-Cola when it held its annual meeting in Wilmington in 2000, Jackson complimented Kent for his leadership at the company and his work with diversity as well as the company’s efforts in Africa.

That gave Kent an opportunity to talk about the company-sponsored EKOCENTERs that allow rural communities to clean their own water supply. To date, Coca0Cola has 100 of the centers, and the plan is to have 177 by year-end in Vietnam, Rwanda, Ethiopia, Tanzania, Kenya, Ghana and South Africa. 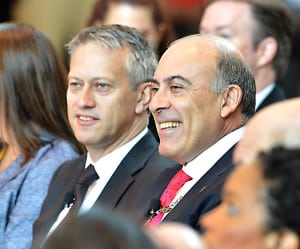 The 2016 annual meeting also was an opportunity to introduce James Quincey, who was named the company’s president and chief operating officer in August 2015, to Atlanta and shareowners. Quincey, who still resides in London with his family, said it was an honor to be in Coca-Cola’s historic home and its future home.

There is speculation within the company’s ranks that Quincey could be named as the company’s CEO later this year – succeeding Kent, 63, who is expected to remain as chairman. Kent gave Quincey credit for many of the company’s recent initiatives including the new marketing campaign – “Taste the Feeling” – and helping negotiate the merger of the European bottlers.

For Kent, having the annual meeting at the World of Coca-Cola was an opportunity for him to reinforce the relationship between Atlanta and the company.

“We will be celebrating in just a couple of weeks our 130th birthday a couple of blocks from here at Pemberton Place,” Kent said.

On May 16, the company is expected to mark the anniversary at the site of where the first Coke was poured. The now-defunct Jacob’s Pharmacy was located right at Five Points. Plans exist to erect a historic marker on the site of that Jacob’s Pharmacy. Just across the street, there is the Olympia building, which is being turned into a Walgreens, where Coca-Cola’s signature neon sign beams over Woodruff Park.

Asked if the World of Coca-Cola likely would become the regular home for the company’s annual meeting, a spokesman said yes.