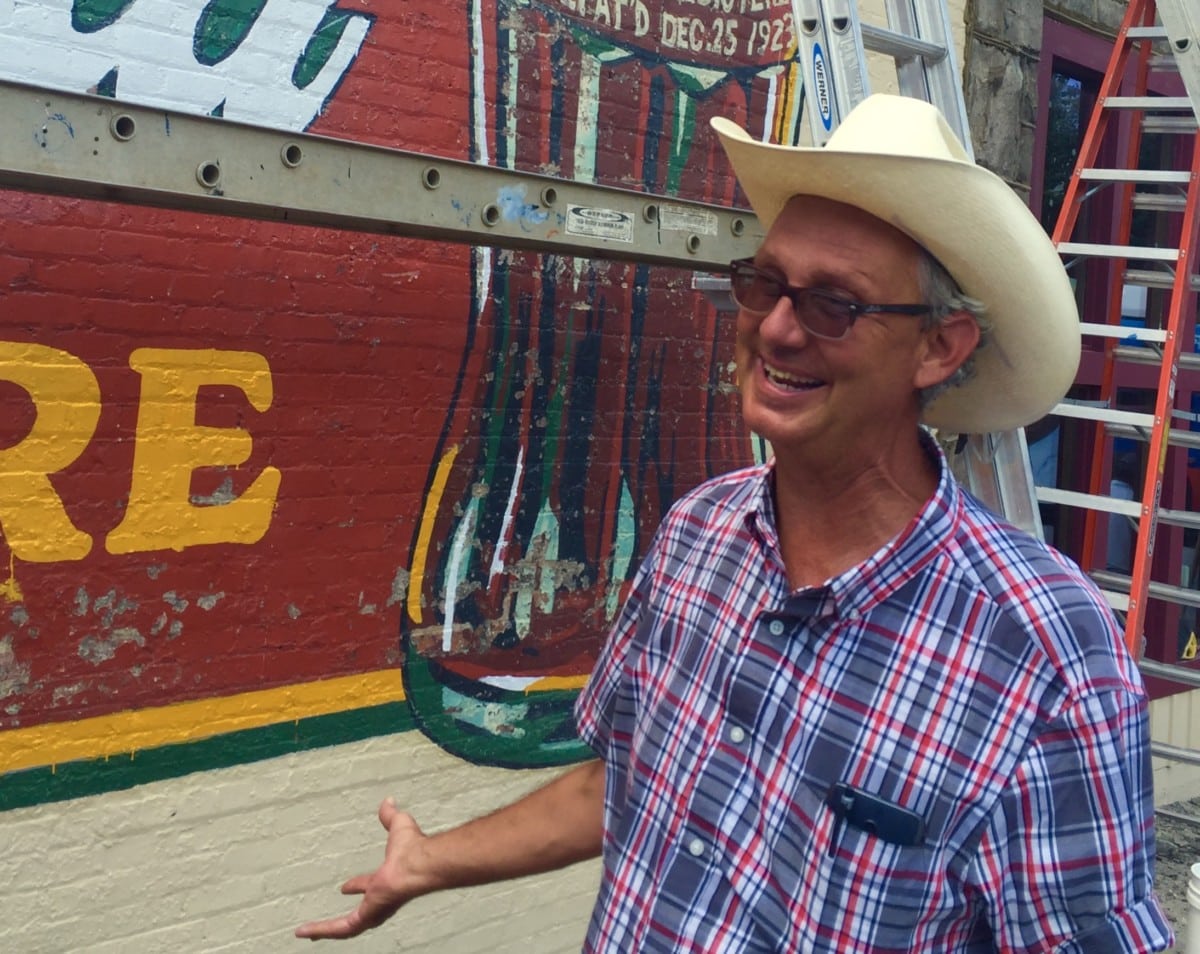 Jack Fralin began painting signs when he was only 15 – becoming a jack of all trades while working  for his father.

“I wasn’t any good,” Fralin said. “I slowly developed skills and eventually got good at it. You have to learn how to do letters. It’s a neat craft, and to be a part of that community is pretty cool.” 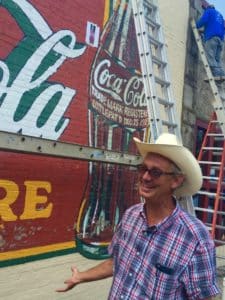 Fralin was the Coca-Cola Co.’s painter of choice to refurbish the two Coke wall paintings on the sides of Manuel’s Tavern. Painting the Coca-Cola trademark just right is a skill he has learned while restoring ghost Coke signs on the side of buildings all over the Southeast.

“There’s been a resurgence recently,” said Fralin, who is working on the Manuel’s project with a second generation wall painter Bill Johnson. “A lot of young people are rediscovering this art.”

In some ways, the Coca-Cola Co. also is rediscovering this advertising medium that hit its peak more than 100 years ago.

Ted Ryan, Coca-Cola’s archivist, said that in 1910, 25 percent of the company’s advertising budget was being spent on painted wall signs.

When Robert W. Woodruff began running the company in the early 1920s, he sought to standardize the sign – providing technical “how to” books to bottlers and retailers who wanted to paint a Coke sign on buildings. There even were paint swatches showing the color of Coca-Cola red, Coca-Cola yellow and Coca-Cola green.

“From an historical standpoint, these wall signs have always returned value to the company,” Ryan said. “Bottlers have discovered they’re a good investments.” 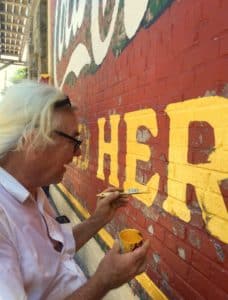 It was the Coca-Cola Consolidated Bottling Co. that first reached out to Fralin to restore several signs in key Southeastern cities. Standing in the shade on a 95-degree Atlanta day, Fralin showed a photo book of some of his painting projects showing how he turned faded signs into colorful display of Coke bottles, logos and slogans.

“I’ve painted a lot of signs for Coke,” Fralin said. “They made sure I stayed in it. I’ve had such success with Coke because I appreciate the old signs. We respect the standards that were established.”

Being asked to paint a Coke sign in Atlanta – the company’s corporate headquarters – was especially meaningful for him.

“I’m in the belly of the beast,” Fralin said while laughing. “Coca-Cola is an incredible family. Just to be part of it is an honor.”

The two signs on the sides of Manuel’s were painted more than 20 years ago, and they were still in relatively good shape. The painters were able to scrape areas that were chipping away and then seal over the areas where the paint was holding on.

The work started on July 18, and by Wednesday afternoon, they had started applying fresh paint on the signs. When the signs are done, they will be sealed with several top coats. Fralin said the signs will last longer when a seal is reapplied every three years. 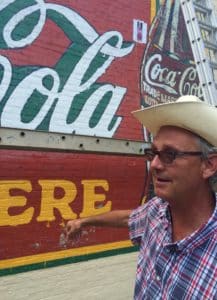 Ryan said Coca-Cola gets dozens of requests to restore signs, and many of those requests are sent to the local bottlers. But in Atlanta, the company is the bottler. And the fact that Atlanta is Coca-Cola’s home, played an important role.

Then Tom Houck, a longtime Atlantan who worked for Martin Luther King Jr. and was a radio personality before now takes people on his Civil Rights bus tour, contacted Coca-Cola executive Serena Levy to solicit her help in getting the signs repainted. Ryan said her inquiry from Houck helped revive the request.

“It was one more voice from Atlanta’s community telling me how important the sign was,” said Ryan, who visited Manuel’s Wednesday afternoon to see the work in progress and to meet Fralin in person. Ryan said he had been frequenting Manuel’s ever since he was a student at Emory University.

The restoration should be completed by Saturday. “It’s going to look bright, shiny and new,” Ryan said.

While looking over the work underway, Fralin beamed with pride.

“I do love lettering and sign painting,” Fralin said. “I stayed in it when other people were dropping out.” 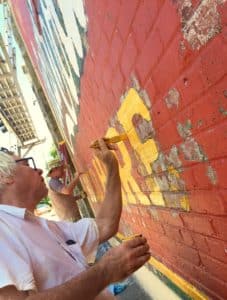 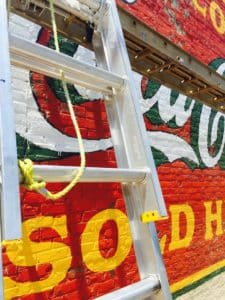 Previous Article
Central Library to be saved; $50 million renovation would allow floors to be leased
Next Article
BeltLine Partnership transitions from Chuck Meadows to Rob Brawner