Coleman Barks, Rumi, and the South 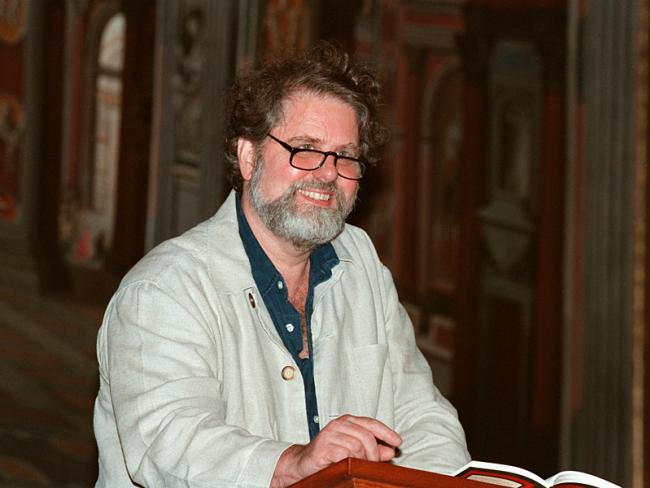 We read today — with heartbreak — of ISIL’s destruction of some of the world’s most important cultural sites in civilization’s “Fertile Crescent,” a few of which date back to the beginnings of known civilization. 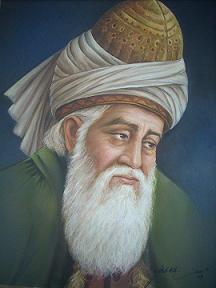 Our connections with places and their names around the world are reminders that the past is always present, and the distant is always nearby. Nothing is more revealing of these ancient truths than the poetry of the Persian mystic Rumi, the most widely read poet in the United States.

Born in 1207 in present-day Tajikistan, Jelal ad-Din Muhammad Rumi, otherwise known as “Rumi,” was a Persian who in his lifetime produced a massive body of poetry that incorporated elements of the world’s major faiths: Islam, Judaism, Christianity, and Buddhism.

A Sufi mystic, Rumi met with popularity and even fame in his own lifetime, his reputation approaching literary sainthood in a Persian Empire that extended from Libya in the West to Indonesia in the East. After his death in 1273, his final resting place in Konya, Turkey, became a site of pilgrimage.

And what does the work of a man who lived 800 years ago have to do with Georgia? That story begins with Georgia Writers Hall of Fame inductee Coleman Barks. Born in Chattanooga, Tennessee, Barks earned his bachelor’s and Ph.D. degrees and set off to teach literature, first in California and then for almost three decades at the University of Georgia. Early in his career he encountered a book of poems about the wintry Minnesota landscape that deeply moved him. The book’s author was the well-known writer (and Vietnam War peace activist) Robert Bly.

Establishing contact with Bly, Barks went for a visit. He found himself powerfully drawn to Bly’s unique ability to evoke the mystical. In their conversations, Bly happened to mention the influence on him of a 13th-century Persian mystical poet named Rumi, some of whose poetry was available in English translation. “These poems need to be released from their cages,” said Bly.

Responding to what can only be described as a call (Barks would even suggest it was pre-ordained), he took Bly up on his challenge and embarked on a journey to know and translate the poet’s work for posterity. He succeeded beyond his wildest dream.

In his best-selling set of interpretive translations of Rumi, The Essential Rumi (1995), Barks turns away from a highly formal verbatim translation that marked scholars’ previous efforts, and instead adopted a free-style interpretation into “American English” that would help make the excitement, vitality, and essence of Rumi’s poetry accessible. “He wants us to be more alive, to wake up,” writes Barks. “He wants us to see our beauty, in the mirror and in each other.” Using playful wisdom, Rumi opens doors into the divine.

The Essential Rumi sold more than a million copies in the United States alone. Invited in for a sip, the people gulped. “Out beyond ideas of wrongdoing and rightdoing there is a field. I’ll meet you there,” reads a popular bumper sticker — a quote from Rumi.

In a world accustomed to “hard power,” we easily overlook the “soft power” of the poetic divine. That’s the message I take from Barks’s creative translations of Rumi’s verse. That’s the power of poetry.

I ask myself if it is any surprise that a person of the South, a Georgia educator and poet immersed in landscape, light, and place since his earliest childhood recollections of the Tennessee Valley, would be the one, THE one, to open the door and let Rumi in?

And I think not — no surprise at all. For it is the nature of the place that we call Georgia and the South to be peculiarly sensitive to atmosphere and environment, temperature and light, water and earth, and colors and sky, the things that grow (and crawl and slither), tragedy, victory, and God, the Divine.

It is commonplace to see “globalization” described as a modern phenomenon of technology, one that shrinks the world into a neighborhood. But perhaps that is all just illusion. Perhaps what is truly global, Rumi seems to say, is the mystery, the Spirit, that we all share in our common humanity.

Previous Article
Georgia ports seek to expand rail service as cargo traffic keeps rising
Next Article
Food is medicine, yet very few doctors report feeling properly trained to give diet and nutrition advice, despite the increase in obesity related illness. This is changing, though slowly.