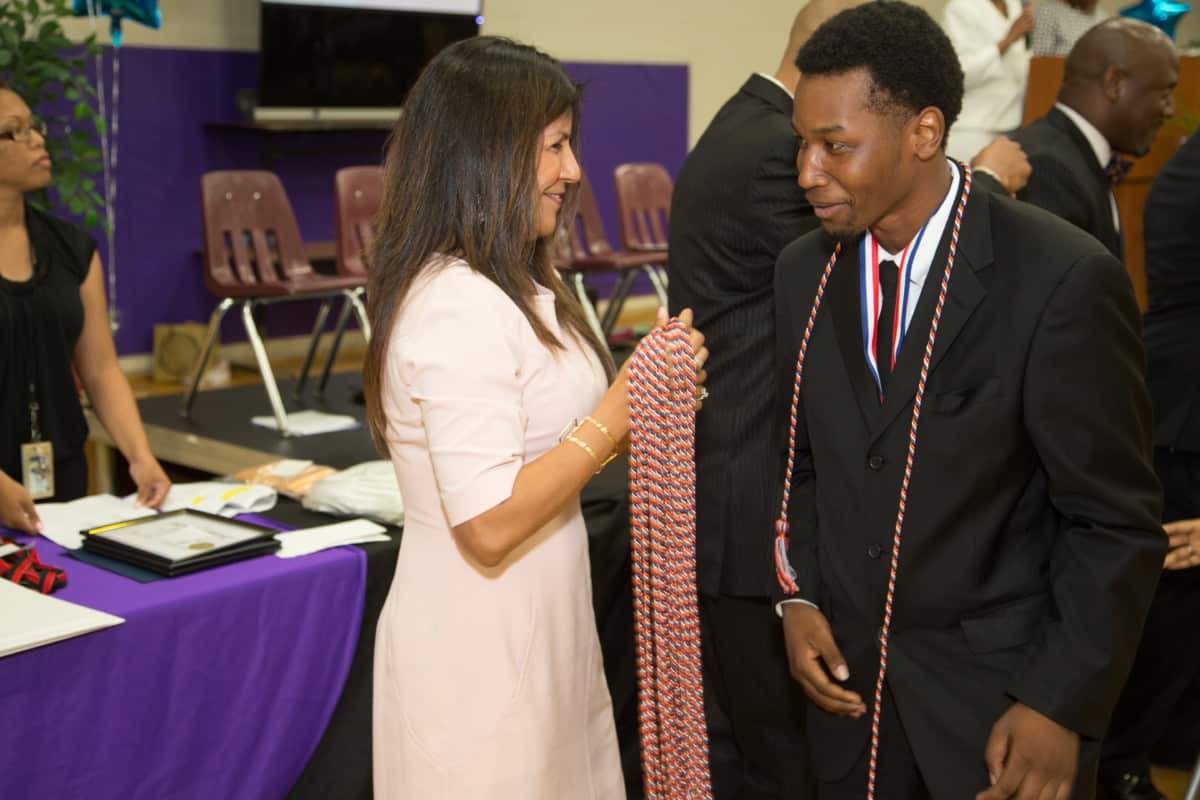 Achieve Atlanta, a nonprofit helping graduating high school seniors attend and stay in college, has received an unsolicited three-year grant of $600,000 from Kaiser Permanente of Georgia.

The grant will enable Achieve Atlanta to add a college counselor in four high schools in distressed areas of Atlanta to help students apply and pay for college.

“We really wanted to focus on areas where there were poor health outcomes,” said Madelyn Adams, director of community benefit for Kaiser Permanente of Georgia. “Better education leads to better health outcomes. Achieve Atlanta was the right place for us to be. I really admire how transparent they are and how they know where they want to go. It really appealed to us.” 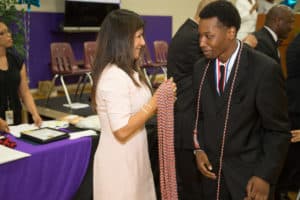 Achieve Atlanta was launched in 2015 as a partnership between the Community Foundation for Greater Atlanta and the Atlanta Public Schools – made possible by a $20 million grant from the Joseph B. Whitehead Foundation, one of the Robert W. Woodruff family of foundations.

The Whitehead gift meant the organization could focus on launching the initiative without having to focus on fundraising.

“The fact that we didn’t have to do fundraising was incredibly helpful in being able to get so far so fast,” said Tina Fernandez, executive director of Achieve Atlanta. “There was an urgency behind it. My board really encouraged me to do the work and show results. If we make some fast gains, then the feeling is that support will follow.”

Adams said she was impressed when she attended a program where Fernandez discussed the nonprofit’s first year in business. Kaiser reached out to Achieve Atlanta to see how they could support the initiative.

“The money is amazing and it will help us do more,” Fernandez said. “But we see it more as a show of support for what we are doing. It gives us momentum as well.”

As a result of the gift, the Principal Tuba Chair, held by Michael Moore, will be endowed and named the Delta Air Lines Chair. Moore is celebrating his 49th year with the ASO.

“Congratulations to the Atlanta Symphony Orchestra on completing their campaign, which will help ensure that this important cultural institution continues its work for many years to come,” Ed Bastian, CEO of Delta Air Lines and trustee of the Delta Air Lines Foundation, said in a statement. “Reaching this goal demonstrates the momentum of the arts community in Atlanta, and Delta is proud to be part of that effort.”

Jennifer Barlament, ASO’s executive director, said she was “profoundly grateful” to Delta for its gift, which will “help lift the Orchestra into a new era of artistic vitality and service to the community.”

The Musicians’ Endowment Fund was launched in December 2014, as a key component of the Woodruff Arts Center’s $100 million Transformation Campaign.

“Restoring 11 critical positions to the Orchestra is the first milestone in guaranteeing that this great Orchestra will continue to provide the city of Atlanta and our state an internationally renowned level of musical artistry,” said Danny Laufer, president of the Atlanta Symphony Orchestra Players Association.

Previous Article
Pogo on ATL affordable housing: ‘We have met the enemy and he is us’
Next Article
Fulton County plans to nearly triple capacity of its sewage plant in Woodstock