By Maria Saporta
As published in the Atlanta Business Chronicle on November 22, 2019

Another key leader of the Community Foundation for Greater Atlanta will be leaving the organization.

Lesley Grady, one of the Foundation’s two senior vice presidents, will be stepping down on Jan. 17. Grady has been at the Foundation for 20 years. 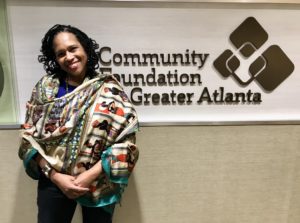 That follows the recent news that Alicia Philipp, president and CEO, will be leaving after 42 years with the Foundation; and that Lisa Cremin, head of the Metropolitan Atlanta Arts Fund, is retiring after 25 years.

The board of the Community Foundation has established a search committee, and it has selected Atlanta-based BoardWalk Consulting to assist in the search for a new president.

“Our mandate to the search committee is to conduct a deliberate, comprehensive and creative process, one designed to surface the very best prospects to become what will be the fourth CEO the Community Foundation has ever had,” John Reid, who chairs the Foundation Board.

Bert Clark, CEO of the search committee and an advisor with Estate Strategies Group, said BoardWalk was selected for its “deep experience with community foundations across the country, its nuanced understanding of iconic transitions, and its demonstrated commitment to metro Atlanta’s nonprofit sector.”

In an interview Nov. 19, Grady said she has loved her two decades with the Foundation, where she has been a key player in creating several new initiatives and programs to help the most vulnerable communities in metro Atlanta.

They include Achieve Atlanta, the Metropolitan Atlanta Youth Opportunities Initiative, Champions for Children as well as the One Region Initiative: Creating a Welcoming Metro Atlanta.

“We are an incredibly generous region,” Grady said. “To have been able to have had some say and influence on how philanthropy in Atlanta moves and makes change has been a real privilege.”

But Grady said she realized she was not inclined to sit in a corner office.

“Partnering with Alicia has been absolutely incredible. It’s given me a nuanced perspective of the community,” Grady said. “Instead of moving further into the institution, I want to go back to where I thrive…. My heart sings when I’m engaging with civic and nonprofit leaders to make a difference.”

Grady said many of metro Atlanta’s problems are systemic, so she is interested in disrupting the system.

“I want to be part of healing in our most vulnerable communities,” said Grady, who has been encouraged by strategic initiatives championed by the region’s top foundations and philanthropists.

“There’s a new vision and belief in what philanthropy can do and mean for this community,” said Grady, who believes her strength is in taking intellectual concepts and driving them through to strategy and implementation.

“There’s more for me to do,” said Grady, who knows she wants to work in the field of social justice but is not interested in running a nonprofit.

She also is a big believer that Atlanta needs to behave more as a region rather than divided areas and that it needs to better engage the civic sector.

“Our most anemic voice is the regional voice,” she said. “I do believe our civic voice is isolated, and we don’t historically have a strong sense of civic power.”

Lita Pardi, the Foundation’s director of Resource Development, will take over Grady’s position in an interim role until next fall to ensure a transition with the selection of a future president. 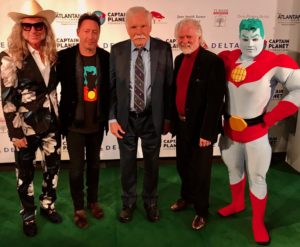 But the event was as much of a rock-n-roll concert as an environmental fundraiser.

Chuck Leavell, a co-founder of Mother Nature Network, received the 2019 Superhero for Earth Award. A Georgia tree farmer, Leavell has played keyboards with the Allman Brothers, the Rolling Stones, Eric Clapton and the Black Crowes among others.

But Leavell had to sing for his supper. He was joined by Julian Lennon, the son of the late John Lennon, as well as the local band Collective Soul. They performed several tunes, including “Georgia on my Mind.”

The crowd also honored Turner by singing “For he’s a Jolly Good Fellow.” Turner thanked the attendees, and he urged everyone to continue fighting for the environment.

The gala raised more than $750,000, mostly through the sale of silent and live auction items, that included a three-night stay at Turner’s Vermejo Park Ranch at Casa Grande in New Mexico as well as a 14-day expedition to Antarctica.

At its annual dinner Nov. 13, OnBoard awarded Michelle Jarrard its prestigious Lettie Pate Whitehead Evans Award, named after the first woman director of the Coca-Cola Co. 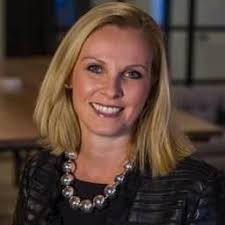 She joined BioCircuit’s parent company as a board member while serving as the managing director of the GRA Venture Fund, a venture capital fund focused on early-stage companies commercializing intellectual property developed on university campuses. She served as the fund’s managing director from 2016-2018.

Prior to her role in venture capital, Jarrard was a senior partner of McKinsey & Co., holding multiple leadership roles during her 25-year career at the firm. Jarrard also serves on the board of two publicly traded companies, Lazard Ltd. and Crawford & Co.