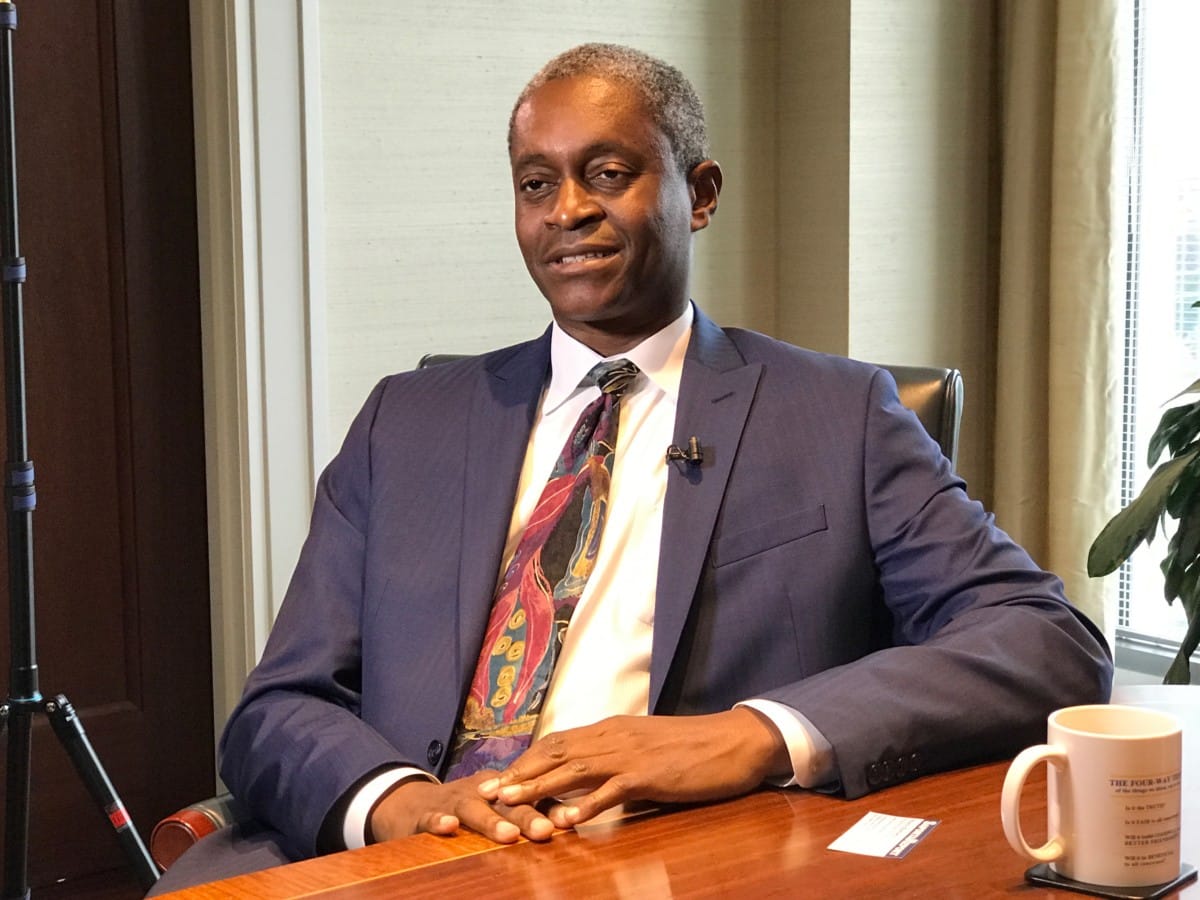 It’s been two years and five months since Raphael Bostic became president and CEO of the Federal Reserve Bank of Atlanta – a district that covers Alabama, Florida and Georgia as well as parts of Tennessee, Louisiana and Mississippi.

Bostic calls it one region with many different economies given the spectrum of economic vibrancy and prospects for the future.

The Atlanta Fed, however, is unwilling to accept the status quo. 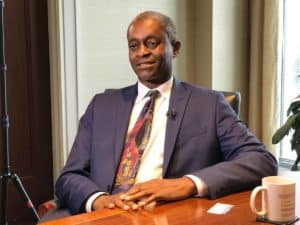 Bostic said the Fed is trying to figure out “how do we get more inclusive economic vitality and growth.”

The Atlanta Fed actually houses the national Center for Workforce and Economic Opportunity, and that center has just unveiled a tool that could help create a more equitable economy.

The tool is the Opportunity Occupations Monitor, Bostic said. “An opportunity occupation is a job class where you don’t need a four-year degree, but it pays reasonable wages.”

The tool breaks down each state and each metro area by listing the greatest job opportunities across the country.

Stuart Andreason is director of the Center for Workforce and Economic Opportunity, which was established a couple of years ago.

“The tool uses online job data to identify middle skill jobs that pay relatively well,” Andreason said, adding that it gives communities an opportunity to target and train people for careers with the greatest job potential.

In metro Atlanta, registered nurses are at the top of the list followed by heavy and tractor-trailer truck drivers.

Andreason said the biggest response has come from people involved with economic education, especially at the high school level. One group is looking to design its curriculum and teacher training to match the information it gathered from the Opportunities Occupations Monitor.

“We are trying to talk to local skills providers in technical schools and high schools to see to what extent training is available to get people into those positions,” Bostic said.

When asked how he saw Atlanta after more than two years living in the city, Bostic called it a tale of two cities.

“You have a vibrant business environment with lots of investment in technology – what you see around us here in Midtown,” Bostic said. “There’s a lot of positive energy. At the same time, there are lots of folks in the metro area and the city who are not tapped into that at all. We’ve got to find ways to bring those two communities together to create more inclusive economic development.” 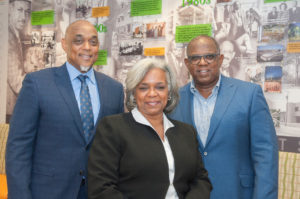 The company kicked off the day of celebration with a luncheon at Paschal’s Restaurant followed by a bus tour of some of Russell’s most significant projects in Atlanta.

Another special part of the day’s celebration was the “green with legacy” tribute. Two iconic buildings that H.J. Russell & Co. helped build – the 191 Peachtree Tower and the Mercedes-Benz Stadium – were lit in green at sundown in the memory of the company’s founder.

Thirty years ago, ECO-Action was founded to advance equity and environmental justice in Atlanta and beyond. 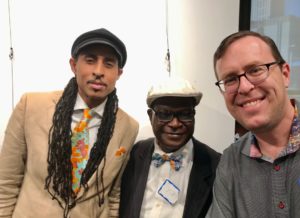 Ever since, founder and executive director Yomi Noibi has been providing organizing and technical assistance to low income neighborhoods and communities of color to helped eliminate air, land and water pollution.

ECO-Action held a couple of events on Oct. 27 and Oct. 28 to spotlight its work and rededicate its efforts by collaborating with several other nonprofits – the Partnership for Southern Equity, the Conservation Fund, Park Pride and West Atlanta Watershed Alliance.

The keynote speaker at both events was Dr. Mustafa Ali, vice president for equity, climate and community revitalization at the National Wildlife Federation. Ali also spent 24 years as a senior adviser on equity issues at the Environmental Protection Agency.

The pedestrian advocacy organization – PEDS – will hold a reception to mark a leadership transition of the nonprofit on the evening of Nov. 12 at the Margaret Mitchell House in Midtown. 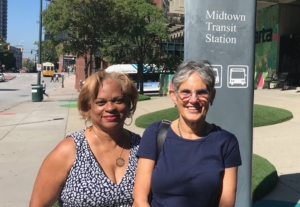 It will be an opportunity to meet the organization’s new president and CEO – Cathy Tyler; and a chance to congratulate the nonprofit’s founder – Sally Flocks for her decades of service of making sure the needs of pedestrians were considered in transportation plans across the Atlanta region and the state.

That evening they held a private reception at the company’s legacy headquarters at 504 Fair Street SW, a building that now houses the Russell Center for Innovation & Entrepreneurship that previewed a trailer of the upcoming PBA documentary about the Russell family.