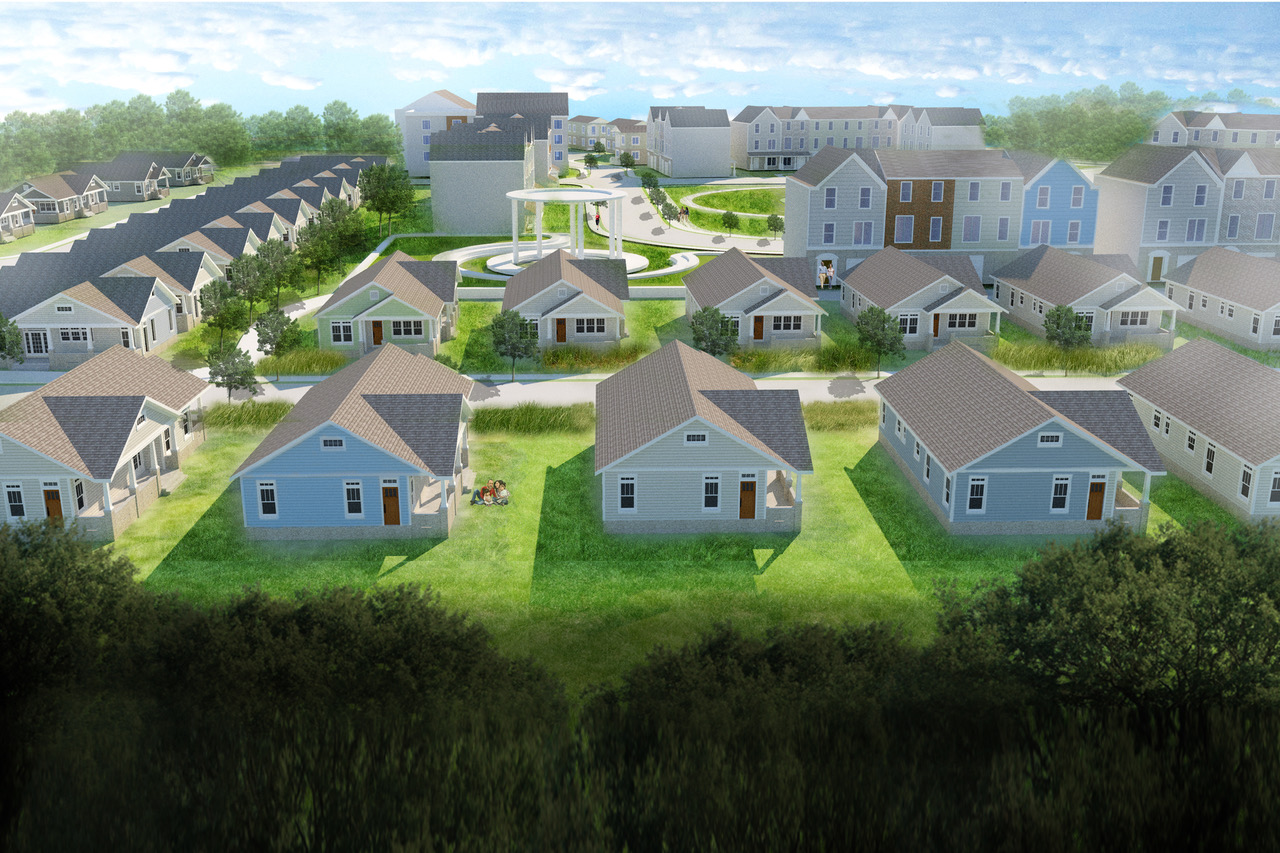 By Maria Saporta
As published in the Atlanta Business Chronicle on Oct. 4, 2019

Atlanta Habitat for Humanity will break ground on its new Browns Mill Village on Oct. 9 – a new and innovative venture in affordable home ownership.

Beginning in 2020, the development of the 30-acre community southeast of downtown Atlanta will have single and two-story homes, greenspace, a community garden, recreation areas, modern infrastructure and wrap-around services to ensure homeowner success. 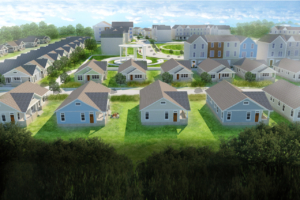 For the last three years, Atlanta Habitat has experienced record-breaking success in serving more new families each year — going from serving 50 new families a year in 2016 to tripling that number in 2018. The organization is on track to help 191 families by the end of December 2019, one example how the nonprofit is expanding its efforts to help families in need of quality, affordable housing.

That expansion is possible thanks to Atlanta Habitat’s Community Capital campaign with a goal of $15.5 million.

Lisa Gordon, president and CEO of Atlanta Habitat, said the organization will announce that it has raised $13.4 million – nearly 87 percent of its goal.

“The campaign is allowing us to serve more families,” Gordon said. “We still need to raise $2.1 million, and we’d love to finish our fundraising by the end of the year.”

Atlanta Habitat has begun several relatively new initiatives beyond building new, one-story homes for deserving families. It now has a Brush with Kindness program where it does minor improvements on the homes of people in need. It also has a “Repair with Kindness” program where it spends an average of $20,000 per home for more major maintenance.

“That’s an anti-displacement and anti-gentrification program,” Gordon said. “It is really helping keep seniors and veterans living in their homes.”

The Joseph B. Whitehead Foundation, part of the Robert W. Woodruff family of foundations, gave $5 million – the lead and largest gift of the campaign.

Habitat also is planning to use New Market Tax Credits as part of the financing for Browns Mill Village.

Brantley Barrow and Sloane Drake are co-chairing the capital campaign.

A delegation of more than a dozen representatives of Atlanta attended the World Summit of Nobel Peace Laureates in Merida, Mexico. 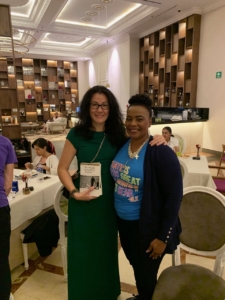 Ekaterina Zagladina, president of the Permanent Secretariat of the World Summit of Nobel Peace Laureates, with Bernice King in Merida Mexico in September (Photo by Bob Hope)

Atlanta is planning to host the next World Summit of Peace Laureates in April of 2021 – part of an initiative to have Atlanta become the “City of Peace.”

The delegation included Bernice A. King, CEO of the King Center, as well as local government and civic representatives. In all, there were about 10,000 delegates at the Summit including several Nobel Peace Laureates.

“Bernice was a rock star,” said Bob Hope, who is coordinating the City of Peace efforts. “She has some of her dad genes when it comes to public speaking.”

Because Martin Luther King Jr. is the most famous and popular Nobel Peace Prize winner by far, Hope said having a relationship with the Nobel organization is a continuation of Atlanta’s heritage as a center for civil and human rights.

Hope said the greater Nobel family is excited about the Summit being hosted in Atlanta and about the potential to build an ongoing relationship with the Nobel organization.

“They do see Atlanta as a unique place for peace in the world,” Hope said. “The reception we got was tremendous.”

Hope said the Atlanta community is looking to raise a total of $10 million to host the Summit, to launch the Peace University, a Peace district and to provide a permanent Atlanta office of the Nobel Peace Laureates organization.