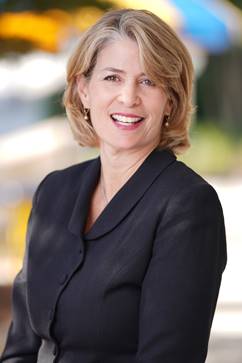 The Cristo Rey Atlanta Jesuit High School has announced that its founding president, Bill Garrett, will be stepping down from his role on July 1, 2020.

Camille Naughton, vice president of advancement and corporate partnerships, will succeed Garrett as the school’s second president. Naughton has been with Atlanta’s Cristo Rey since its inception in 2013. 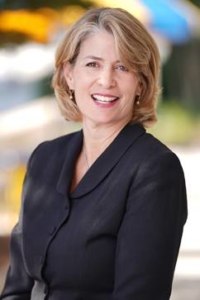 “Due to the strong leadership of Bill Garrett, Cristo Rey Atlanta Jesuit has enjoyed an unprecedented level of success in its first five years,” Naughton said in a statement. “I am honored that the board has selected me to continue Bill’s legacy and lead the school into maturity.”

Naughton was selected as president after a national search to fill the post.

Cristo Rey started in 2014 with a freshman class of 164 student. It now has become a four year college prep high school with 515 students. The first two graduating classes had a college acceptance rate of 100 percent.

It was quite the birthday bash for Bernie Marcus, the co-founder of The Home Depot Inc. (NYSE: HD) who has become a top philanthropist in Atlanta and beyond.

The 90th birthday party called “In Bernie’s Honor” was held on June 9 at the Georgia Aquarium. It was an opportunity for leaders in Atlanta and Georgia to thank Marcus for all his contributions to the community.

In all, $117.7 million was raised to invest in philanthropic causes that Marcus has supported over the years.

There were four major beneficiaries of the event: the Georgia Aquarium, the Share Military Initiative at the Shepherd Center, the Marcus Stroke and Neuroscience Center at Grady Health System, and the Marcus Autism Center at Children’s Healthcare of Atlanta.

“I’m happy to say that each of them received more than $20 million from the dinner,” said Doug Hertz, CEO and chair of United Distributors who was one of the main organizers of the event.

During the dinner, Marcus shared a story of how his own birth was a miracle.

“I was never meant to be,” Marcus said, sharing a story about his mother who suffered from severe rheumatoid arthritis. She already had three children, and she decided to not have any more. Then a doctor told her that the only thing that may help her arthritis would be to have another child. She got pregnant, but lost that child. Then she got pregnant again. Bernie Marcus was born on Mother’s Day, May 12, 1929.

At the dinner, Marcus said that he and Home Depot co-founder Arthur Blank would play a game. “What if Home Depot had not succeeded? What would the world look like today?”

He then listed the various endeavors of Blank and fellow co-founder Ken Langone as well as his multiple philanthropic ventures.

“Without the Home Depot, we are nothing,” Marcus said.

During the dinner, Marcus said he had to go to the bathroom and wave in the mirror to make sure he was still alive.

“Yes, I am alive. I can’t tell you how thankful I am that I’m here tonight,” Marcus said. “I’ve decided tonight I’m staying around. It’s up to the good Lord and my doctors, who are here tonight. It’s up to you to keep me alive.”