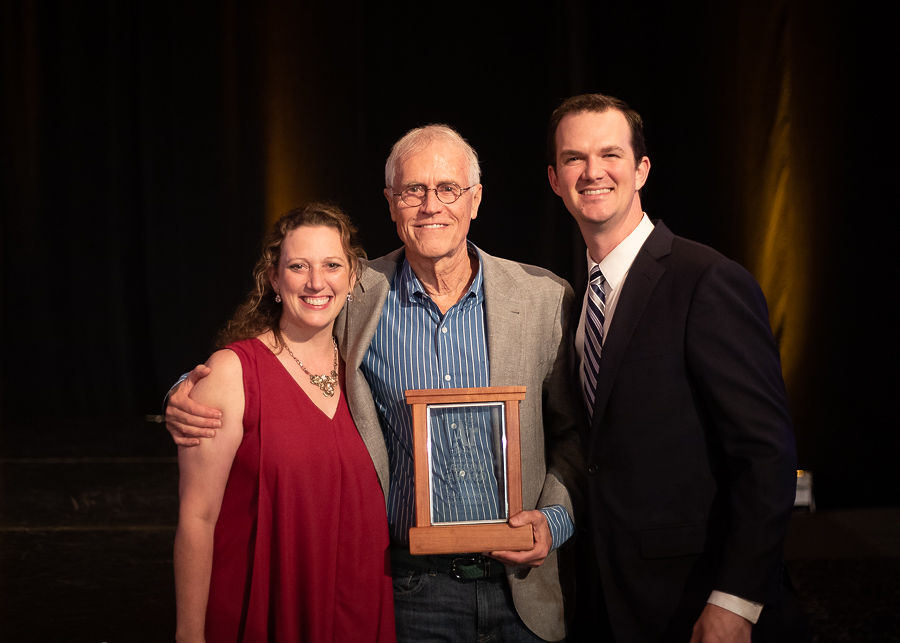 By Maria Saporta
As published in the Atlanta Business Chronicle on Sept. 27, 2019

Southface, an Atlanta-based nonprofit that promotes green building and sustainability practices, had reason to celebrate at its Visionary Dinner on Sept. 19. 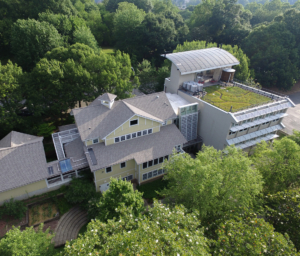 The Southface campus sits on .7 of an acre, which the nonprofit just purchased from Atlanta Housing for $1.17 million (Special: Southface)

“As of 2:50 p.m., we are proud owners of our home,” Andrea Pinabell, president of Southface, told the 320 people attending the Visionary Dinner at Flourish in Buckhead. “I feel so happy and thrilled that Southface and our future is secured.”

Southface closed on its $1.17 million purchase of .7 of an acre on Pine Street near Piedmont, in a transaction with the Atlanta Housing authority. It is where Southface has had its campus since 1995, property it had held in a long-term lease from the city of Atlanta.

The recent purchase is the first phase of a $3 million agreement approved last November to buy a total of 1.8 acres on land adjacent to the Civic Center. The city of Atlanta sold the Civic Center property to the housing authority in 2017.

Pinabell said Southface, founded 40 years ago, now will have a home in Midtown Atlanta for the next 40 years. The Southface campus includes the 6,400-square-foot Resource Center and the Eco Office, which showcases more than 100 off-the-shelf technologies and design techniques.

“It is a really big milestone for us,” she said. By remaining in its current space, Southface will be able to continue its work promoting sustainable homes, workplaces and communities. “There is a tremendous amount of work to be done together, beginning with efficient and healthy, affordable housing solutions.” 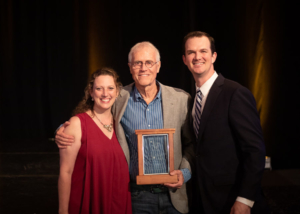 Joy Fitzgerald, interim CEO of Atlanta Housing, heralded Southface’s work. “We are grateful to contribute to Southface having a permanent home to continue carrying out the great work they do,” she said. “We look forward to a long and fruitful partnership with Southface.”

The Visionary Dinner also provided a symbolic coming together for Atlanta’s environmental community.

The keynote speaker at the dinner was Paul Hawken, author of “The Ecology of Commerce,” who is now leading the Project Drawdown movement to combat climate change.

It just so happened that Hawken was the keynote speaker at the first Visionary dinner in 1999, when Interface CEO Ray C. Anderson received the organization’s first Argon Award.

Anderson became an environmental convert leading corporate America on issues of sustainability community after reading Hawken’s book, which was published in 1993. Anderson, who died of cancer in 2011, founded the Ray C. Anderson Foundation, which his family continues to run as a way of furthering his legacy.

Case in point, Anderson’s grandson – John Lanier – is the CEO of the foundation, which has been a major contributor to Project Drawdown. Lanier is also Southface’s current board chair, and he was able to give the 2019 Argon award to Hawken.

As Lanier said at the Visionary dinner, “I would not be here if were not for Paul Hawken.”

When Gov. Brian Kemp attended the Sept. 19 board meeting of the influential Georgia Research Alliance, it was the first time a governor had attended a GRA meeting since 2013, when Gov. Nathan Deal was in office. 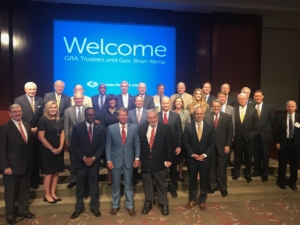 The alliance was started during the tenure of Gov. Zell Miller, who made sure to attend at least one meeting every year when the upcoming budget of the public-private entity was discussed. The practice continued for the most part until the election of Gov. Sonny Perdue.

While he made no promises to GRA, Kemp’s presence definitely signaled the possibility of a renewed partnership between Georgia’s research universities, its corporate sector and the state.

“I do believe the Georgia Research Alliance is an unrecognized asset,” Kemp told board members. “I think people over the years lost sight of that. You have a governor now who is willing to work with you.”

Missy Dugan, president and CEO of the Boys & Girls Clubs of Metro Atlanta, sent an email Sept. 23 to stakeholders saying she will be joining the national nonprofit, which is based in Atlanta, as its senior vice president of government relations. 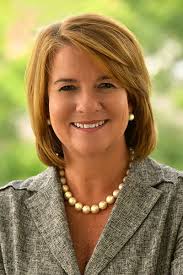 In her new role at Boys & Girls Clubs of America, Dugan will work to increase public funding and support for the “critical work” of the organization.

“The change will not come immediately,” Dugan wrote. “I will continue in my current role until the end of the year and possibly until the beginning of the new year” to make sure there is a smooth transition.

The board has hired a search firm to find the best leader for the organization, and it will look at both internal and external candidates.

“I’m confident they will choose a successor that will take us to the next level,” Dugan wrote in the email. She also added that during her tenure, the whole team “changed the lives of tens of thousands of kids and teens– and helped them reach their full potential.”

Beauchamp Carr and the Fox Theatre

The Fox Theatre paid tribute to one of its own heroes on Sept. 19 when it held an appreciation event for Beauchamp Carr, one of the early leaders of the “Save the Fox” movement.

Carr is ending his tenure on the Fox Theatre board (officially known as Atlanta Landmarks Inc.) after for 45 years of service.

“It’s an acre of seats and a garden of dreams – that’s my description of the Fox Theatre,” Carr said during the Sept. 23 meeting of the Rotary Club of Atlanta. “It’s been a great source of joy in Atlanta. “It’s astonishing that it almost got torn down.”

In the mid 1970s, Carr quit his job at C&S Bank so he could volunteer full time to save the Fox Theatre. After the successful “Save the Fox” campaign, Carr joined the Woodruff Arts Center (then the Atlanta Arts Alliance) as its head of fundraising and development.

Carr worked at the Woodruff Arts Center for 35 years – retiring in July 2012. At the time, it was estimated he had helped raise $177 million for the cultural institution.