Column: How an Atlanta nonprofit has helped 10,000 students 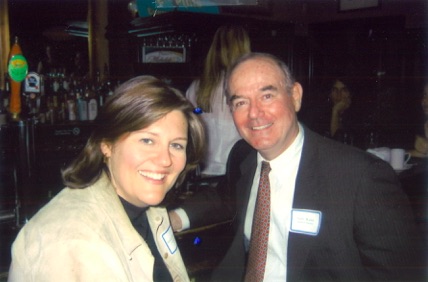 By Maria Saporta
As published in the Atlanta Business Chronicle on July 28,, 2017

The Truancy Intervention Project was “hatched” by Alston & Bird attorney Terry Walsh and Juvenile Court Judge Glenda Hatchett back in the early 1990s.

After being named to the bench, one of the first people Hatchett heard from was Walsh, then president-elect of the Atlanta Bar Assocation, who sent her a letter asking how he could help.

Together they designed a program to help curb truancy in Fulton County and Atlanta Public Schools.

The Truancy Intervention Project celebrated its 25th anniversary earlier this year. The nonprofit has witnessed a complete turnaround in how to work with children that have missed many days of school.

“We have served 10,233 students over our 25-year history,” said Walsh, who is now chairman-emeritus of the Truancy Intervention Project (TIP). 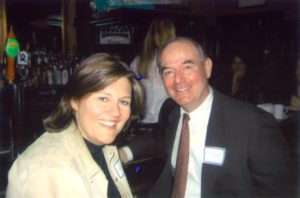 In 1992, when the first cases were assigned to TIP, most of the cases that had been assigned to Juvenile Court were 13- to 15-year-olds. The Atlanta Bar Association assembled an army of volunteer attorneys to take each case and try to address the underlying causes for a child’s truancy. The goal was to find a way to keep those students from becoming dropouts.

“The schools had given up,” Walsh said. “And the juvenile law really didn’t have answers for these kids. It didn’t have any rehabilitative resources.”

Walsh credited the new Juvenile Court Law, which passed in 2015 with the support of Gov. Nathan Deal, for creating a much more constructive environment to handle students who have quit showing up to school.

Instead of it becoming a criminal act, the law described them as “children in need of services.” And the goal is to exhaust the possibilities of social services to try to keep them out of the criminal justice system.

For years, TIP has been working with younger children because it has realized that if the issues can be addressed earlier in a child’s academic career, the greater the opportunity for success.

Walsh said that of the 10,000-plus cases handled by the TIP, “an impressive” 85.8 percent of the children did not return to the Juvenile Court since their involvement with the project.

The Department of Corrections did an analysis of its prison population, and found out that 82 percent of its prisoners admitted to being high-school dropouts.

In its 25-year history, Walsh said 2,600 attorneys and related professionals have been trained to take on cases. Often they end up working on issues such as getting the electricity turned back on in someone’s home or even helping arrange a suitable living environment that makes it more likely children can attend school.

The program, which has received support from the legal community, local foundations, the United Way and the Community Foundation, also has saved Fulton County $5.3 million in court-appointed lawyer fees. It also has received some government funding as a “diversionary” program to prevent children from entering the judicial system.

For Jessica Pennington, who has been TIP’s executive director since 1995, it has been rewarding to work “at the intersection” between large and small entities to address the needs in children’s lives.

“A lot has changed for the better,” Pennington said. “There really is a lot of collaboration and a lot more awareness. It has had an impact in decreasing the involvement of children in Juvenile Court.”

As for Walsh, Pennington described him as a “truly humble” man who had a vision from day one.

The Truancy Intervention Project has become a model, not only in Georgia, but across the country. A relationship with the Georgia Bar Association helped establish similar programs in towns across the state.

Asked to reflect over the past 25 years, Walsh credited many for the organization’s work.

“We certainly didn’t realize that the Atlanta legal community would support the effort to the extent that it has,” Walsh said. “We never envisioned serving 10,000 kids. That’s a whole lot of children’s lives we have been able to impact.”

The 2017 Environmental Heroes Celebration hosted by GreenLaw could take on the name of the rock band Earth, Wind and Fire. Well not exactly.

Three environmental leaders will be honored for their roles in protecting the air, the earth and water at its celebration on Thursday, Oct. 5 at the Nelson Mullins law firm.

The Special Media Recognition for Environmental Championship Award will be presented to the Jesup Press-Sentinel and William “Dink” Nesmith, who has fought for environmental justice through investigative reporting.

The aborted plan could have seen the transport of up to 100 railroad cars, carrying 10,000 tons of ash, to Broadhurst each day. Over the course of a year, the paper published more than 75 stories on the landfill, including three ad-free special sections about the dangers of coal ash.

Dr. Jacqueline Echols, board president of South River Watershed Alliance, will be recognized with the “Environmental Hero” Award.

Echols is a tireless advocate for Georgia’s watersheds and works for their protection through both policy change and community engagement. As board president of the alliance, Echols has implemented changes in the state’s sewer overflow permitting and achieved Georgia State Senate support for the South River Water Trail.

In 2009, Howard became president and CEO of the Georgia Conservancy, where he targeted land conservation and access at a local level. Howard founded the organization’s Land Conservation Initiative, which uses conservation easements and tax benefits to encourage environmental ethics in private landowners.

During his tenure as president, the Georgia Conservancy took more than 1,000 people a year on stewardship trips to hike, camp, and paddle Georgia’s forests,

ULI–Atlanta will recognize the outstanding real estate developments of the year on Sept. 14 at The Fox Theatre.

The Urban Land Institute has been holding its Awards Dinner since 1994, honoring projects and leaders from throughout the Southeast region, including Georgia, Alabama and eastern Tennessee.

The project finalists for this year’s awards are: