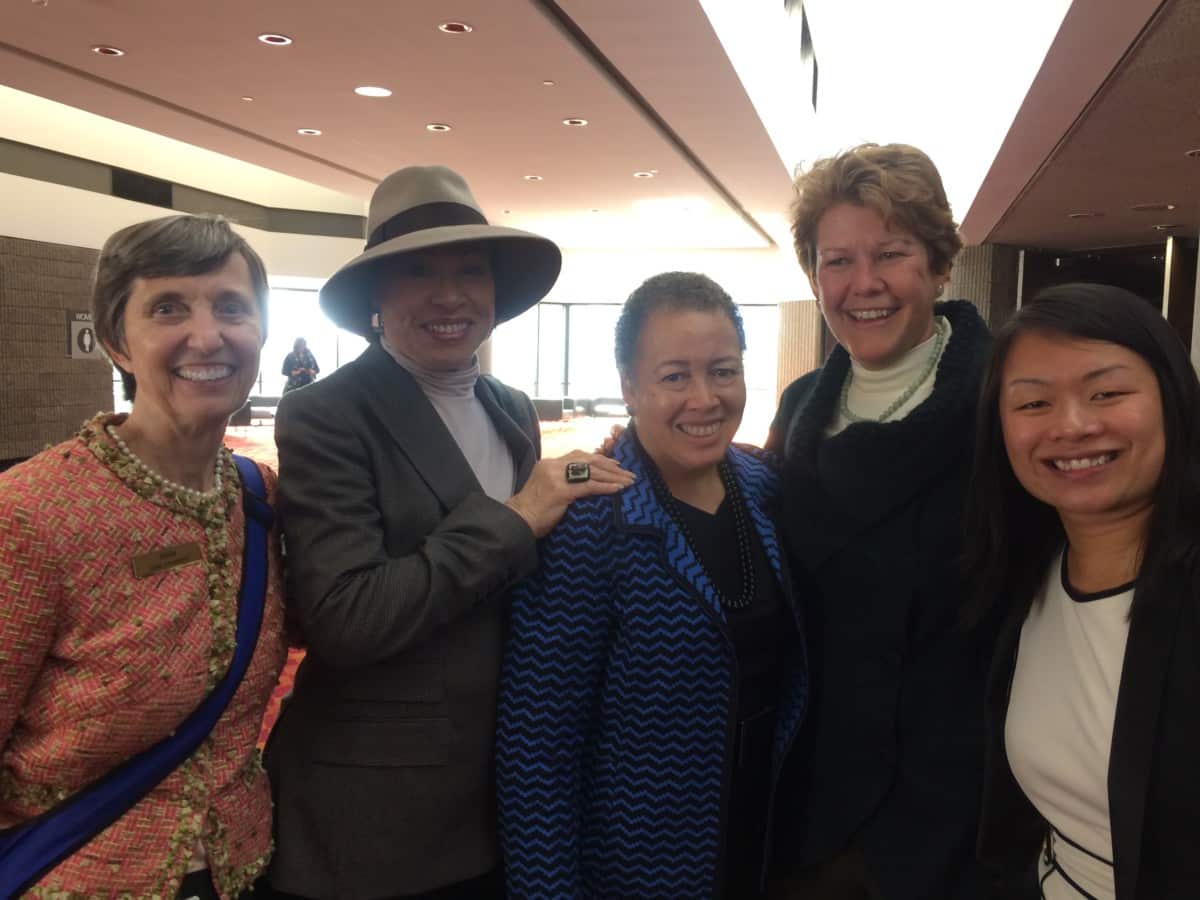 A change in volunteer leadership is in the works for the Westside Future Fund, the civic organization that is coordinating the revitalization of the communities west of Mercedes-Benz Stadium.

Richard Dugas, retired CEO of Pulte Homes, has chaired WFF since its beginning four years ago when the venture was birthed by the Atlanta Committee for Progress. Dugas will be stepping down as chair at the end of 2019.

Beverly Tatum, the former president of Spelman College who has been serving as the WFF’s vice chair, has been selected by the board to succeed Dugas.

“Dr. Tatum is a proven leader,” Dugas said. “She has been our vice chair from the very beginning, so it is a very natural succession.” 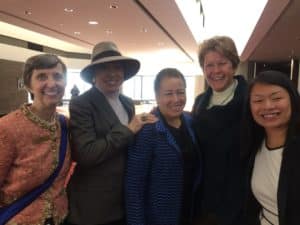 Dugas and Tatum said they want a smooth transition so the WFF can continue to gain traction in its four impact areas: quality mixed-use housing and income; safety and security; cradle-to-career education; and community health and wellness.

Over the past four years, Dugas said, the organization’s board has grown to reflect WFF’s expanded mission. In the early days, Dugas said. the community was “skeptical” about a business and civic group coming in their neighborhoods – primarily Vine City and English Avenue.

But Dugas said John Ahmann, the WFF’s executive director – and his entire team, have been working hard to build trust and include the community in the various initiatives.

A priority has been to make sure existing residents are not displaced as the area is revitalized. The WFF has established an anti-displacement tax fund to help pay increased property taxes for existing homeowners.

It also has been developing a “sophisticated real estate effort” to purchase property in the communities in an attempt to have long-term affordability for both homeowners and renters.

“So far we have acquired…130 homes,” Dugas said. “By this time next year, we anticipate that number will be over 300. Our goal is to have 800 affordable housing units under our control by the end of 2022.”

Tatum said her mantra is “development without displacement.”

She was willing to become chair of the WFF because she has long believed in the need for community revitalization on the Westside, from the time she became Spelman president in 2002 – serving in that role for 13 years. Now that she has retired, she is able to spend more time helping the WFF fulfill its goals.

“The vision is clear – to create a community that Dr. (Martin Luther) King would be proud of,” Tatum said. “The cultural fabric of the community is important to all of us.”

Although he will be stepping down from the board, Dugas said he and his wife would continue to contribute to efforts to lift the Westside.

“It’s been hard work, but can feel good at what we have accomplished in the first four years,” Dugas said. “But we have got many more mountains to climb before we fulfill our mission.”

When the Chick-fil-A Foundation emerged out of the S. Truett Cathy Foundation in 2013, a 20-member advisory board of civic leaders was formed to help the foundation be as impactful as possible.

Ted Blum, chair of Atlanta Corporate & Securities practice for Greenberg Traurig, described his tenure as chair of the Chick-fil-A Advisory Board as one of the “greatest honors” in his life.

“I would say our most significant accomplishment over the last five years has been our effort to bring together diverse community leaders, with their varied perspectives, to find and guide programs that generate the most impactful outcomes for our community, particularly in the areas of youth, education and more recently in restoring a culturally rich Westside,” Blum wrote in an email. “We formalized the ideals and wishes of a wonderfully altruistic family into the corporate structure for giving with a broader community focus.”

Blum is stepping down as chair of the advisory board at the end of the year.

“We want to make sure that the Chick-fil-A Foundation is having an impact on youth everywhere there is a Chick-fil-A,” Dean said. “Truett Cathy was an entrepreneur at heart. And the foundation allows us to identify entrepreneurial organizations that serve youth.”

The board provides guidance on the annual True Inspiration Awards, a signature giving program that works with the operators to give to grants to local nonprofits. Dean said this past year, the Foundation awarded $1.23 million in grants to 22 winners around the country.

The advisory board also is involved in the selection of people in the Chick-fil-A system who will receive $25,000 in academic scholarships.

And the advisory board also has been integral in the Foundation’s efforts to revitalize the Westside. It was one of the organizations that supported the At-Promise Youth Center in English Avenue where multiple nonprofits and government agencies work together to help support young people.

Dean credited Foundation President Rodney Bullard for bringing diverse members of the community to support the revitalization of the Westside.

“Rodney has helped the foundation become an extraordinary force for good,” Dean said. “It is providing community service with graciousness.”

The Foundation’s advisory board also is working on a signature event – the Beloved Benefit – which will be held on March 21 at the Mercedes-Benz Stadium.

A statewide consortium called the Georgia Climate Project has received a $650,000 grant from the Ray C. Anderson Foundation.

This foundational grant will support efforts to build a network of experts who can improve understanding of climate impacts and solutions, and better position Georgia to respond to a changing climate. The consortium recently released the Georgia Climate Research Roadmap, and it is planning a Georgia Climate Conference on Nov. 7 and 8, 2019.

“Our universities have tremendous expertise to examine and explore solutions for climate change in the State of Georgia,” says Dwight A. McBride, provost and executive vice president for academic affairs at Emory University. “This grant offers Georgia institutions an opportunity to leverage our shared research expertise to address one of this century’s defining challenges.”

The grant continues the legacy of the late Ray Anderson, who as CEO of Interface helped bring environmental awareness to corporate America.

“In the Georgia Climate Project we see a great opportunity to continue Ray Anderson’s legacy of Georgians leading by example to create a better world for future generations,” says John Lanier, executive director of the Foundation.