Column: Carlos, Vance to be honored for their philanthropic generosity

By Maria Saporta
As published in the Atlanta Business Chronicle on April 8, 2016

Two Atlanta leaders will be recognized for their generosity on Nov. 1 at the Georgia Aquarium during one of Atlanta’s most prestigious annual events, National Philanthropy Day.

Chris M. Carlos, a patron of the arts, will receive the Philanthropist of the Year award; and Lucy Carpenter Vance, a longtime Families First board member and campaign chair, will be awarded as the Volunteer Fundraiser of the Year. 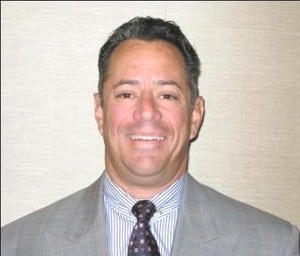 The awards are selected by the Greater Atlanta Chapter of the Association of Fundraising Professionals, and the annual National Philanthropy Day luncheon attracts about 1,000 business and civic leaders.

“Atlanta has a tradition of the philanthropic community leading major efforts in our region,” said Alicia Philipp, president of the Community Foundation for Greater

Atlanta, title sponsor of the event. “It is our pleasure to award these outstanding individuals for their remarkable efforts.”

Carlos was nominated by the Atlanta Ballet. He has been one of the dance company’s most generous supporters in its 87-year history. 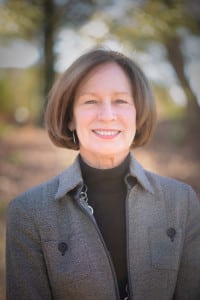 His cumulative personal and family foundation contributions to the organization totals about $7 million. Carlos also is a major supporter of several other non-profits, including the Atlanta Police Foundation, Chris Kids, Meals on Wheels Atlanta, Murphy Harpst, and Zoo Atlanta.

Vance has focused her volunteer efforts working for underserved children and families. In her current role as co-chair for Families First’s capital campaign, she has helped raise $12.9 million for the organization.

She helped recruit and manage a group of 25 volunteers to achieve that goal, and she personally donated $100,000 towards the campaign.

Every year, the Foundation of Wesley Woods honors three Atlanta leaders it considers to be heroes, saints and legends.

On March 31, it honored Dr. David Allen, a philanthropist and retired dentist; developer Egbert Perry; and Lillian Darden, who spent decades working with the organization. 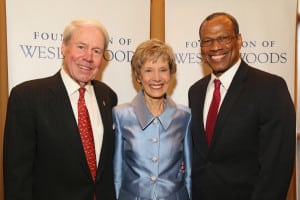 The Foundation helps support 1,800 seniors living in 10 communities across north Georgia, most receiving subsidies from the U.S. Department of Housing and Urban Development, according to Tracy Crump, executive director of the foundation.

“Very few have had the opportunity to do what I’ve done and do,” Allen told the dinner attendees at the St. Regis. “I can’t thank you enough for everything that you do for Wesley Woods.”

Perry was introduced by his daughter, Rian Perry Smith, who said she had learned from her father that “our communities are made better when we value everyone.”

When Perry took the stage, he said: “It really doesn’t get any better than that –
when your daughter actually says nice things about you.”

For Darden, the daughter of Wesley Woods’ legend Dr. Candler Budd, has made it her life mission to care for “the least, the lost and the lonely.”