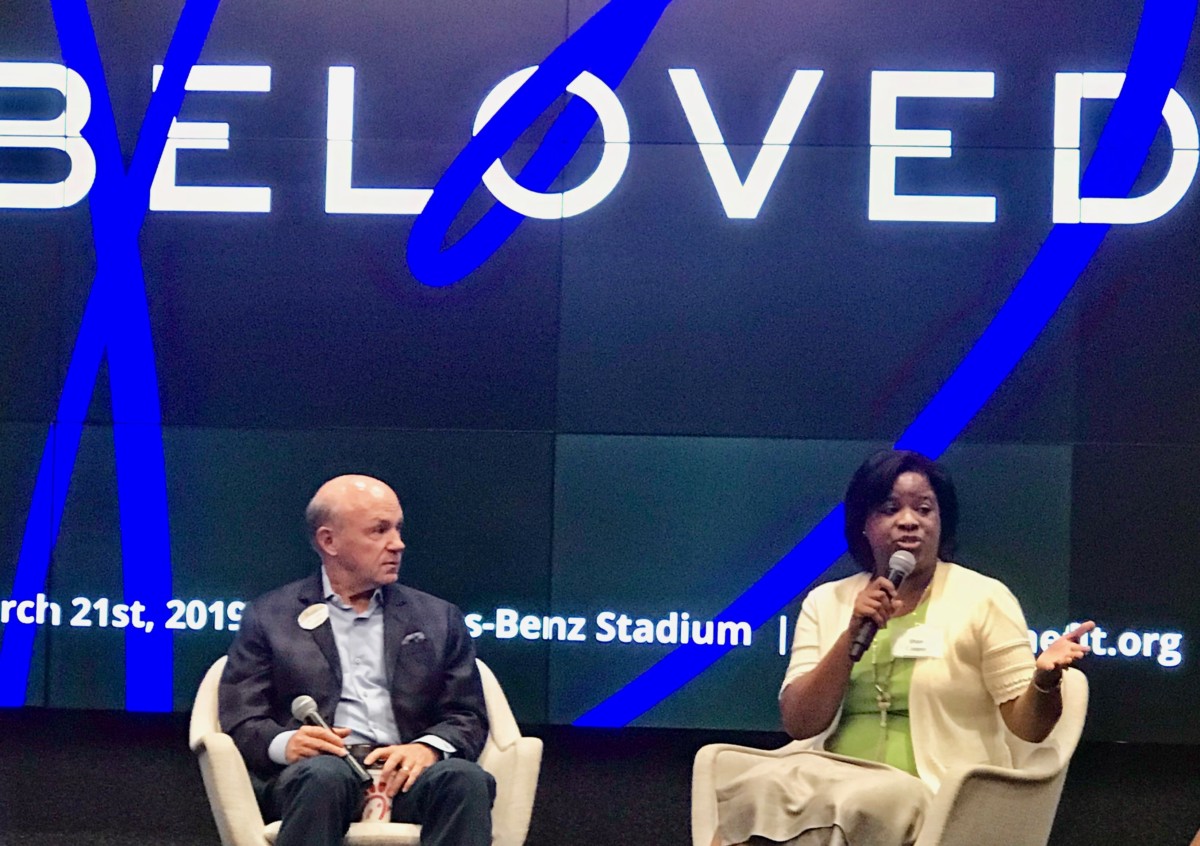 By Maria Saporta
As published in the Atlanta Business Chronicle on Oct. 5, 2018

Cathy said he got the idea for the “Beloved Benefit” while watching a 60 Minutes program on Robin Hood, which raises millions for anti-poverty initiatives in New York through the help of celebrities and high profile business and civic leaders. 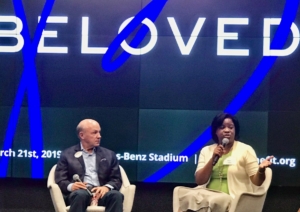 “The purpose of the benefit is to bring Atlanta together,” Cathy said. “There’s an incredible amount of effort to do an event like this.”

The Chick-fil-A Foundation and the AMB Group are underwriting all administrative and event costs to ensure 100 percent of funds raised help advance the work of beneficiary organizations in Atlanta’s Westside. They have made a three-year commitment to help launch the new event.

As planned, the Beloved Benefit will bring together both benefactors and beneficiaries to enjoy the evening’s festivities and to rally support for the Westside while increasing awareness of issues that impact the area.

The event will be represent the best of Atlanta – headlining entertainers, food and performance that highlight the city’s vibrancy and diversity.

“This is the beloved community that Martin Luther King Jr. envisioned it could be,” Cathy said. “We can be the agent of change.”

The Beloved Benefit will be a collaboration of local nonprofits that support sustainable growth and development in the historic Westside neighborhoods that include English Avenue, Grove Park, Vine City, Ashview Heights and the Atlanta University Center.

The inaugural beneficiaries of the 2019 Beloved Benefit will be the At-Promise Center Youth and Community Center, the City of Refuge, the Grove Park Foundation, the Westside Future Fund, and Westside Works.

The event also will honor 10 smaller nonprofit organizations with Beacon Awards for their resiliency and continued work in their community to advance the Westside.

Both Cathy and Blank have championed the rejuvenation of the Westside – both committing their business and philanthropic efforts to improve the lives of people living in the communities west of the Mercedes Benz Stadium.

Although much remains to be done, Cathy said he pleased to see progress.

“We have seen investment in the community,” Cathy said. “There has been a drop in crime. We see such a remarkable cooperative spirit. It’s amazing. My heart has been warmed to see how Atlanta does care about the community.”

Cathy also is not thinking small about how the Beloved Benefit could impact the community. “I expect we could clear $5 million that one night,” he said.

One of Atlanta’s great unsung heroes – Bob Hope – will be honored Oct. 11 as the HOI Education Champion, receiving the Archie Crenshaw Impact Award.

The event will be held at the Hellenic Center at 2500 Clairmont Rd. The keynote speaker will be legendary University of Georgia football coach Vince Dooley, and construction executive David Moody will be the evening’s emcee. 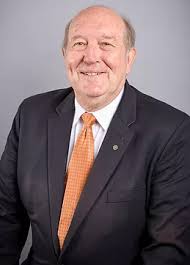 HOI, founded by Jerry Eickhoff, has spent nearly three decades working to improve the quality of life for thousands of people in the rural communities of Central America.

For 20 years Hope has led the “Wilderness Team,” a group that travels for a week each spring to the Agalta Valley in eastern Honduras. Hope was instrumental in founding the HAVE (Honduras Agalta Valley Education) Foundation, which raises funds to promote education in Honduras. Hope and his team work within the schools and assist in building village infrastructure to improve the quality of life. In addition to volunteering, the team also donates medicine to support the health clinics every year.

Hope’s love for the people of Honduras also led to the creation of the Bob and Susan Hope Scholarship awards for two students every year from the HOI schools as they move on to high school.

HOI provides health care to an average of 14,000 patients a year and has reduced the infant mortality rate. Additionally, 44 public kindergartens have been established, and more than 250 students benefit from education sponsorships annually.

“My first visit to rural Honduras opened my eyes to some very basic facts about humanity,” Hope said recently. “One was that there is a big difference in what we view as poverty and simply not having any material belongings. The people there were thoughtful, kind and appreciative. They didn’t have anything, but they didn’t need anything. It taught me that reaching out to help others is not only fun, but also fulfilling.”

Dooley, who was introduced to HOI by Hope, has been a regular volunteer on the Honduras trips.

“Bob is the coach and motivator behind everyone else’s involvement,” Dooley said. “He inspires everybody.”

Hope also is involved in several other philanthropic initiatives. He is co-chair of the Dancing with the Stars event for Covenant House of Georgia; he is the only public relations professional on the Georgia Global Health Alliance; and he is an advisory board member for the Georgia Special Olympics.

Hope also is deeply involved in Atlanta’s efforts to bring the Summit of Nobel Peace Laureates to the city in 2020.

Literacy Action was founded in 1968 by volunteers at Central Presbyterian Church in downtown Atlanta, Today, Literacy Action is the largest nonprofit provider of free adult basic education in Georgia, with a staff of 28 working out of 21 locations around the metro-Atlanta area.

The event, which had more than 200 guests, also honored Ann Cramer, one of its earliest volunteers and former president of the Junior League of Atlanta, which was instrumental in advancing the work of Literacy Action. Cramer, a senior consultant for Coxe Curry & Associates, spent most of her career with IBM, eventually serving as director of its corporate citizenship and corporate affairs for the Americas. She continues to serve on numerous nonprofit boards.