By Maria Saporta
As published in the Atlanta Business Chronicle on Sept. 2, 2016

What’s in a name? The nonprofit formerly known as CHRIS Kids would say the name should reflect the work of the organization.

That’s why it has changed its name to CHRIS 180 – to both let the community know it doesn’t just serve kids, but it also changes the direction of the lives of the people it serves.

“Our name was not representative of all the people we serve,” said Kathy Colbenson, president and CEO of CHRIS 180. “We work with every age. Over 33 percent of the 5,000 people we held last year were 18 and older.” 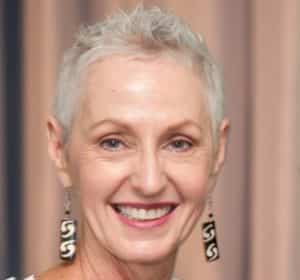 But the real significance in the change was adding 180 to the name. The nonprofit helps people make a 180-degree change in their lives by addressing the root of the issues.

“Part of the reason of our success is that we are getting to the root of the problems and not just providing housing,” said Colbenson, who added that most of the people they serve have experienced serious trauma in their lives. “We are helping them heal and recover.”

CHRIS 180 serves people who often fall between society’s cracks. Many of the children, young adults and mothers they serve are homeless. They also focus on providing housing for young adults who have aged out of the foster care system but have not yet found a solid footing in their lives.

At any one time, CHRIS 180 provides safe housing for up to 114 individuals – varying from younger children to teenagers to young adults and formerly homeless mothers.

“The need is far, far greater than CHRIS 180,” Colbenson said. “Most homeless people have experienced significant trauma in their lives. All our services are behavioral health.”

That’s why CHRIS 180, after going through a strategic planning process, decided to emphasize the CHRIS Training Institute, which helps train other nonprofits and government agencies on how to understand and treat people suffering from trauma.

“We can only touch so many people,” she said. “Through training we are able to impact other organizations. We are providing a training for the state as well as providers. That’s how we can increase our impact in helping people change the direction of their lives.”

Through various tools, including social media, CHRIS 180 has tracked its former residents and found that “two years after leaving us, 97 percent are safely housed, and 90 percent are working,” Colbenson said.

Interestingly, the name change is not new.

The nonprofit began in 1981 by the Atlanta Junior League, in collaboration with the Menninger Foundation, when it was called CHARLEE (Children Have All Rights – Legal, Educational, Emotional) and had three group homes for neglected children.

In 1992, it changed its name to CHRIS Homes. CHRIS is an acronym for the nonprofit’s core values (Creativity, Honor, Respect, Integrity and Safety). About 10 years later, it became CHRIS Kids. And now CHRIS 180.

“We thought, it was very important to have a name that reflected what we do,” Colbenson said. “We help people change the direction of their lives. It implies a change of direction and ending up in a different place from where they started.”

Speaking of names, on Sept. 8, Big Brothers Big Sister of Metro Atlanta will name its headquarters building at 1382 Peachtree Street in honor of the Arthur M. Blank Family Foundation.

A year ago, the Foundation announced a $1 million grant to Big Brothers Big Sisters – a gift that was a catalyst for the nonprofit to raise the money to claim two challenge grants of $1.25 million that completed its capital campaign and helped retire the mortgage on the building.

Big Brothers Big Sisters moved to “the House” in June 2012, quickly becoming a home for thousands of “Bigs” and “Littles” as well as their families.

It will be a big week for the nonprofit. On Sept. 10, it will hold its 22nd annual Legacy Awards Gala at the St. Regis Atlanta.

The event is being chaired by Mary A. Laschinger, chairman and CEO of Atlanta-based Veritiv Corp.

The three honorees that evening will be:

The Marist School has completed its historic $35 million campaign titled: “The Way. The Hope. The Promise.” In fact, the campaign exceeded its goal by $2.2 million.

Thanks to the campaign, Marist has been able to transform its campus, funding all of the projects in the first phase of the school’s Campus Master Plan. Also, Marist was able allocate $3.9 million of the campaign to its endowment.

The campaign was the largest in the school’s 115-year history and the first in more than a decade.

“It is due to the outstanding dedication and generosity of many people that we can celebrate this significant accomplishment,” said Cathy Belatti, a Marist School trustee who chaired the campaign with her husband, Frank Belatti. “We were humbled time and again by the outpouring of support for this institution which shapes the lives of all who enter its campus and whose positive influence can be seen within our greater community and beyond.”

She went on to say that the campaign will ensure that Marist remains a model for Catholic secondary education and a leader among college preparatory schools.

A unique feature of Cristo Rey is that all of its students work while they’re going to school. This year, 390 students were matched with 99 companies that are partners with the high school, now in its third year.

Companies such as Alston & Bird, Cushman & Wakefield, Emory Hospital, Southern Co., and UPS, Inc., along with many other top Atlanta businesses, “drafted” a team of four students to work an entry-level job at their company during the school year.

“We are in year 3 and thrilled at the ongoing support of the Atlanta business community,” said Bill Garrett, president of Cristo Rey Atlanta Jesuit High School. “We now have 99 partners, some new along with many returning, and all are impressed with the caliber of commitment and dedication our students show while at work. The lessons our students learn from working in a corporate setting simply can’t be replicated in the classroom. Our job partners and their employees are able to participate in an effort that truly changes the lives of our students. It is a win-win for everyone.”

Stevens & Wilkinson, an architectural, engineering and interior design firm based in Atlanta and Columbia, S.C., has named Janice Wittschiebe to its board, where she will serve as vice president.

Wittschiebe is a principal and vice president of Stevens & Wilkinson based in Atlanta. She is the second woman appointed to the board since its inception in 1969.

“Janice is one of the most well-respected architects in the state of Georgia. She has dedicated countless hours to the profession and the state, and she has been responsible for a number of award-winning design commissions,” says Bill Clark, president of Stevens & Wilkinson-Georgia. “As a female architect, she has blazed the trail for younger female architects.”