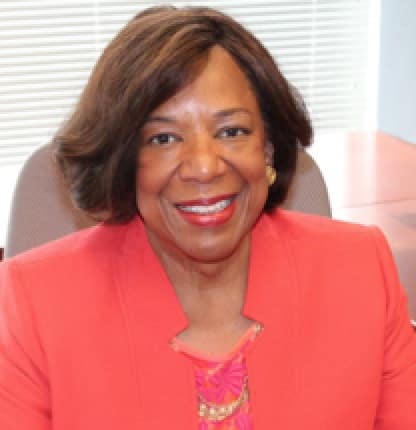 By Maria Saporta
As published in the Atlanta Business Chronicle on June 15, 2018

Combating human trafficking in metro Atlanta has become a top priority, especially with the anticipation of the city’s hosting of the 2019 Super Bowl.

The Metro Atlanta Anti-Human Trafficking Coalition is a three-year plan being implemented by the International Human Trafficking Institute, one of two institutes affiliated with the Center for Civil and Human Rights.

The coalition met at the Center on June 8, when the three-year plan was presented. That meeting was just two days after the Rotary Club of Atlanta held an Anti-Human Trafficking Summit at the Loudermilk Conference Center with major Atlanta companies looking at what they can do to help curb the problem. 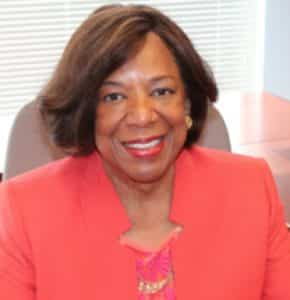 Richardson said the Institute’s research indicates that 200 to 350 adolescent girls are sold online per month. About 100 adolescent females are sexually exploited each night in Georgia.

In 2017, there were 276 cases of human trafficking in Georgia reported to the National Human Trafficking Hotline — 80 percent of which were for sex trafficking. And Atlanta has the highest number of trafficked Hispanic females in the nation.

“We are attempting a culture shift so it is no longer acceptable to exploit any person for labor or sexual purposes,” Richardson said.

Accenture, which has been providing pro-bono consulting services as well as a $30,000 cash grant to the effort, presented the strategy for the next three years at the June 8 meeting, which included about 300 community leaders.

The initiative includes raising $1 million to support the three-year plan, training 50,000 people in business, transportation, hospitality, educational institutions and civic groups on how to identify human trafficking and how to prevent demand.

The coalition already is working with five metro-area law enforcement agencies to incorporate anti-demand initiatives in their training and practices.

Richardson said the Super Bowl Host Committee wanted to work with the Institute to bring in the broader community.

“There is anecdotal evidence that the Super Bowl drives human trafficking,” Richardson said. “We see the Super Bowl as a way to bring attention to the issue. We see this as a three-year window to put some protocols in place.”

For example, companies can restrict the use of corporate credit cards being used at strip clubs and other adult entertainment venues. Also, United Parcel Service has trained all its drivers on human trafficking, as a way of creating greater awareness of the problem.

As Richardson explained that local organizations have done a “great” job rescuing girls who are victims of human trafficking. But the biggest challenge is to stem the demand for those services. The only way to ultimately stop human trafficking is to stop the buyers.

“The likelihood of arrest is a powerful deterrent,” Richardson said. A survey by YouthSpark showed that 85 percent of men who considered buying sex said the risk of arrest was a determinant to their behavior. Also, studies show that buyers are 70 percent less likely to re-offend after being arrested.

An affordable high-rise at Tenth and Juniper streets has reopened following a renovation of the property by Columbia Residential.

The grand-opening ceremony took place June 8 with Atlanta Mayor Keisha Lance Bottoms. Attendees celebrated the fact that 38 percent of the residents would be returning to their former home. 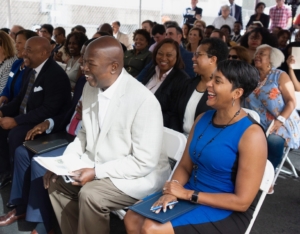 Tenth & Juniper was originally built in 1974. The Atlanta Housing Authority engaged Columbia Residential to develop and manage the high rise, which has 149 affordable housing units for low-income seniors and people with disabilities.

Due to the extensive renovation, all the building’s residents were relocated during the construction process. AHA and Columbia gave the right to all the residents to return to the building following the renovation.

The Atlanta-based Points of Light Foundation will bring more than 2,500 nonprofit, government, business and civic leaders from around the country for its annual “Service Unites” conference that will take place from June 18 to June 20, with most of the events taking place at the Omni Hotel in downtown Atlanta.

The conference highlights volunteerism and helps put a spotlight on the impact of their work locally, nationally and internationally.

The chairman of the Points of Light Foundation is Neil Bush, who will lead a discussion about the importance of service during the closing plenary on June 20th.

Points of Light is the world’s largest organization dedicated to volunteer service. It has affiliates in 250 cities and partners with thousands of nonprofits and corporations.