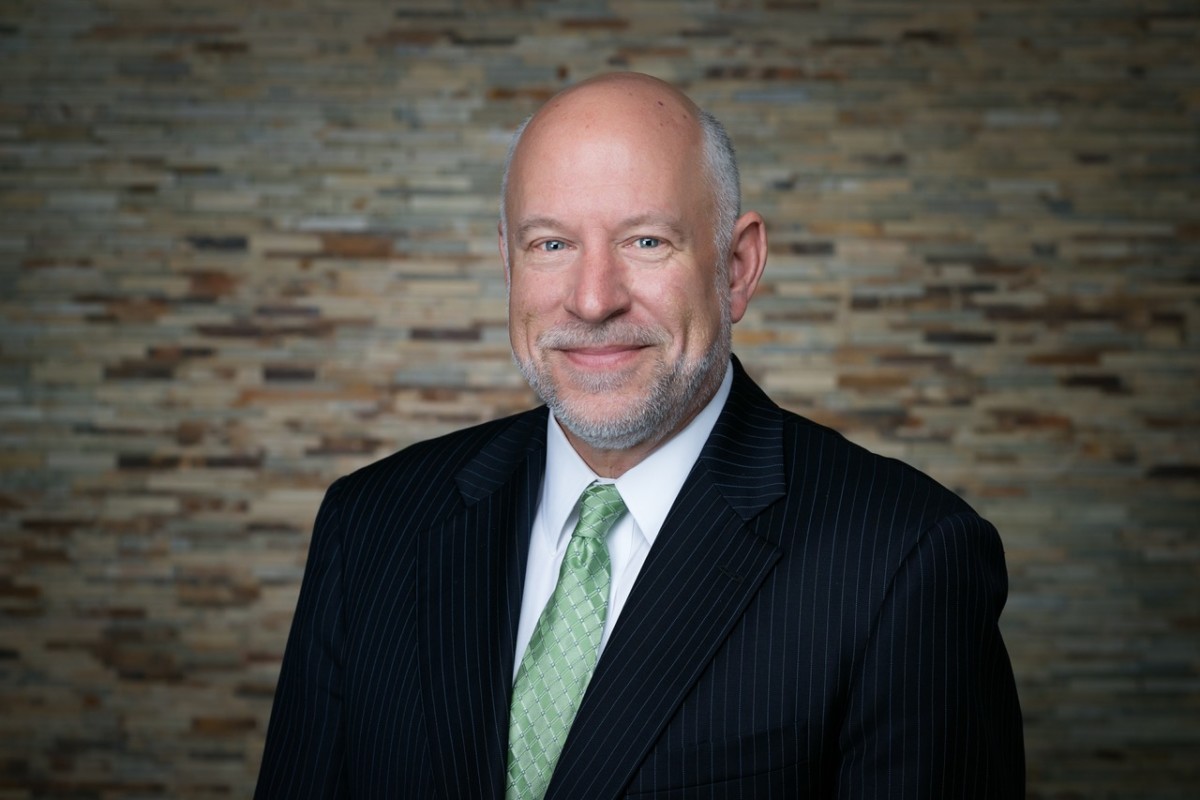 The Community Foundation for Greater Atlanta is awarding its 2018 Managing for Excellence awards to Synchronicity Theatre and YMCA of Metro Atlanta.

The highly competitive annual recognition is awarded annually to two well-run nonprofits – a small organization with a budget of less than $2 million and a large nonprofit.

With 4,300 nonprofits across Atlanta’s 23-county region, the Managing for Excellence awards, established in 1984, is given to successful nonprofits based on the community impact, including board and staff engagement, sound fiscal health, investment in the organization’s talent and infrastructure, thoughtful evaluation practices and commitment to continuous improvement. Managing for Excellence launched in 1984 to recognize and reward nonprofits that exemplify these strong characteristics.

“This award is a powerful recognition of our 20 years of service to metro Atlanta, and an affirming investment in our future,” said Rachel May, producing artistic director of Synchronicity Theatre. “We are deeply grateful for this recognition of both our impact and our methods and will work to honor this gift with renewed commitment to our mission to uplift the voices of women and girls and build community through smart, gutsy, bold theatre.

“Managing for Excellence takes a close look at operational superiority from a broad range of criteria that are highly scrutinized by the judging panel,” said Lesley Grady, senior vice president of the Community Foundation for Greater Atlanta. “We’re not over analyzing programming in this particular review, but rather looking at a higher level, at their big-picture operations and best practices.”

The YMCA of Metro Atlanta (YMCA) has served the Atlanta community for decades, promoting healthy lifestyles and equal opportunities to learn and grow. As Atlanta has grown, the YMCA has responded with new programs to meet the unique needs of children and adults, while demonstrating sound financial management, strong governance and a commitment to long-term strategy, the Community Foundation said.

“For 160 years, the Y has served the Atlanta community and has grown and evolved to meet the changing needs of our city,” YMCA Board Chair Scott Taylor said. “As we look to the future, the Y is committed to being a leading organization in advancing education, wellness and volunteerism to build stronger and healthier communities.”

Managing for Excellence judges emphasized how the YMCA has been making strides with summer programming that improves academic outcomes, building resources to provide financial assistance for access to facilities and activities, and all the while tracking and evaluating metrics identified in a 10-year strategic plan.

“Beyond strong, day-to-day operations, it’s critical that nonprofits look at the long game to identify and nurture talent so that they can continue to provide the programs that constituents need and respond to changes quickly,” said Karthik Valluru, partner and managing director for BCG in Atlanta, which helps judge the awards.

Managing for Excellence applicants were ranked against competitive criteria of more than 80 characteristics and best practices to win the award. Following a two-phase formal written application and in-person site visit process, the review committee selected this year’s winners. Each organization receives a robust award package, including a $75,000 grant from the Community Foundation, consulting services from the Boston Consulting Group and participation in a nonprofit management class at the Kellog School of Management at Northwestern University.

The Community Foundation also has hired Terry Mazany as its senior vice president for philanthropy.

Mazany most recently led the Chicago Community Trust, one of the nation’s top 10 community foundations, doubling its assets to more than $2.8 billion and increasing annual grantmaking to more than $300 million. 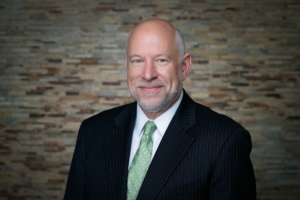 Mazany will guide the Foundation’s philanthropy team, partnering with the Foundation’s 1,000-plus donors. He will also develop new donor relationships, enhancing their impact on the region through grantmaking, and helping the Foundation increase the charitable resources available to tackle the greatest needs in our region and beyond.

“I’ve had the privilege to work alongside Terry on numerous partnerships and projects among community foundations over the years, and I have always admired his ability to bridge the unique role that community foundations play connecting philanthropists with the work of nonprofits that represent their passions,” said Alicia Philipp, president of the Community Foundation for Greater Atlanta.

“When he decided to retire from CCT and move closer to family in our region, I seized the opportunity to recruit him to our team and bring his skills and perspectives to the opportunities and challenges we face here,” Philipp added.

It just so happened that Mazany’s move coincided with the retirement plans of Mendal Bouknight, who had headed the Foundation’s philanthropy team.

Mazany has spent his career working in and with communities specializing in education for all children. He will continue to improve educational outcomes and to increase equity of opportunity through his service on the boards of the Independent Sector, the National Assessment of Governing Board, the Smithsonian Science Education Center Advisory Board as well as manage the Community Foundation Opportunity Network.

“What began as a decision to move closer to family and live in a milder climate has become a chance to continue to make a difference in one of the most dynamic regions of our country,” Mazany said.

Anthony Flynn has been appointed executive director and chief operating officer of the 100 Black Men of Atlanta, one of the city’s most influential African-American organizations.

Flynn will oversee the day to day operations, strategic planning, external relations, and fundraising initiatives for the organization. 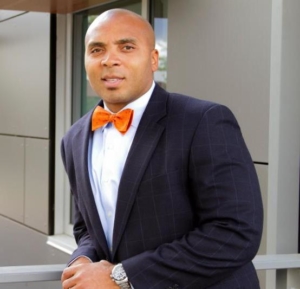 Prior to joining the 100 Black Men, Flynn served as an executive with numerous Fortune 100 companies, including Kraft Foods, RJ Reynolds and 3M.

Flynn also pioneered several nonprofit ventures, serving as the founder of the Gifted Education Foundation, which produces marketplace leaders from low-income communities across America. In its first three years of existence, the organization supported just over 100 students earning more than $18 million in scholarships.

Flynn holds a Bachelor of Business Administration from the University of Memphis and a Master of Arts in Religion degree from Memphis Theological Seminary. He also has authored two books: “The Execution Pipeline: A Step-by-Step Guide to Moving Your Business Idea From Dream to Reality” and “The Happiness Map: Finding Fulfillment in Work and Life”.

Larry Johnson, board chairman of 100 Black Men of Atlanta, said Flynn is a perfect fit for the organization.

“The 100 Black Men of Atlanta is fortunate to have found someone who has such a perfect combination of corporate and non-profit executive experience to lead our organization,” Johnson said. “Anthony Flynn is the right leader at the right time and we are confident that his innovative ideas, diverse management, and personal triumph will help to connect the organization with the people who we serve.

Johnson added Flynn will expand the solid foundation the organization has achieved over the past 30 years.

Flynn is delighted to be taking the role in Atlanta.

“I’ve never seen so many high-powered and prominent African-Americans in roles of leadership making a tremendous impact in business, nonprofit, government, community,” he said. “I’m very impressed with the levels of talent and business acumen in people of color in Atlanta.”

Juli Morgan Fields has been named executive director of the Technical College System of Georgia Foundation.

Fields also will serve as executive director of the System’s Office of Stewardship and Development.

“Juli’s considerable experience in postsecondary education and her commitment to students are two attributes that make her the right person to lead the Foundation,” said TCSG Commissioner, Matt Arthur. “We are excited to have her on board. Juli will make a tremendous addition to the TCSG family.”

Fields holds a bachelor’s degree in public relations and a master’s degree in agriculture leadership from the University of Georgia.

The TCSG Foundation exists to support the Technical College System of Georgia, a system of 22 colleges, through marketing, advocacy and fundraising to benefit college students, programs, and faculty.

Previous Article
Atlanta BeltLine at critical spot, seeks leader, debates transit
Next Article
Ed Bastian: Delta is back at the top of its game