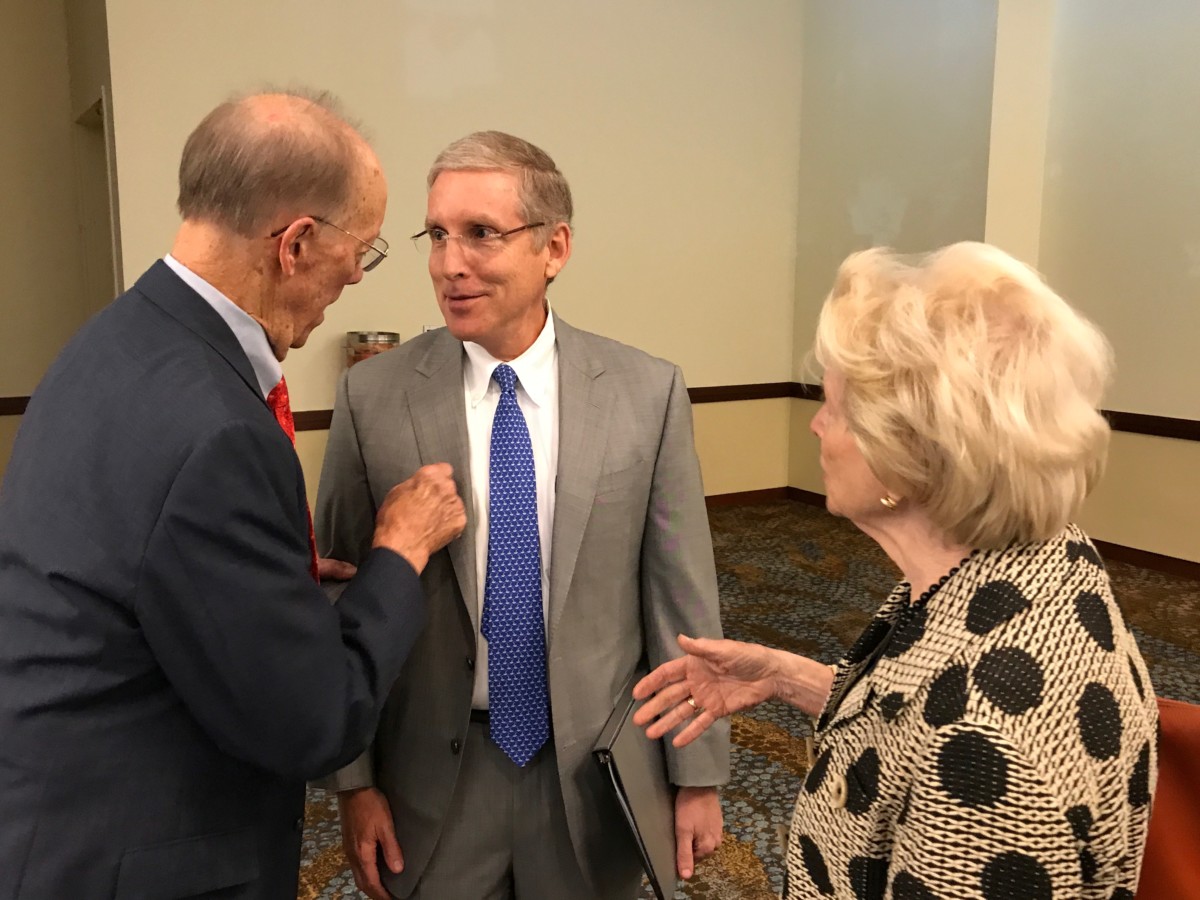 By Maria Saporta
As published in the Atlanta Business Chronicle on November 10, 2017

When Larry Gellerstedt, CEO of Cousins Properties Inc., received the American Jewish Committee’s National Human Relations Award on Oct. 30 at the Loew’s Atlanta Hotel, he sounded an alarm over the prejudice and hate in our society today.

Gellerstedt explained he is a lover of history – especially European history between World War I and World War II. 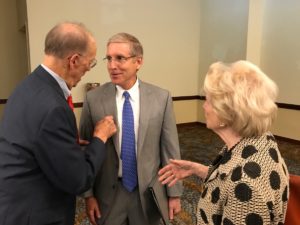 “When I reflect on my interest in that period of history, it really started and continues to be how a developed, relatively well-educated Western nation could allow a failed artist to take them and ultimately the world hostage,” Gellerstedt said of Adolf Hitler. “How could that happen?”

Gellerstedt believes two conditions have to exist for such a movement to happen.

“A significant portion of the population gives up hope. They don’t see a path to enjoy a stable or improving life,” he said. “That certainly was the case in post-World War I Germany. Hate and prejudice can be a quick answer to those feelings.”

When hate became part of the daily dialog, Gellerstedt said, there was a vacuum of hope.

“By the time those who could call it out got the courage to call it out, it was too late,” he said. “The world played a price, and the Jewish community paid a particularly painful price.”

While Gellerstedt was careful to say he was not comparing the United States today to Nazi Germany, he said similar conditions exist.

Gellersedt also thanked the American Jewish Committee for fighting prejudice for more than 100 years, saying “it continues to have a critical impact on our community and our world.” 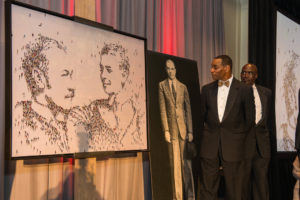 “When I was young my mother taught me black history from the kitchen table. Before I went out to play I had a chapter I had to go through in this book that she carried around,” Little said at the dinner. “Alonzo Herndon was one of those chapters and so at a very young age I learned about the power of his life and what he was able to do to overcome tremendous obstacles.”Herndon, an emancipated slave, started the Atlanta Life Insurance Co. and became the first African-American millionaire in Atlanta.

The inaugural event raised funds for the Herndon Game Changer Program, which provides high school students (many from Vine City) with intense year-round business instruction with hands-on training and mentorship from local business leaders. The Herndon Foundation’s mission is to advance Herndon’s legacy by educating, mentoring and equipping the next generation of entrepreneurs.

The evening was even more special because Little was accompanied by his wife, Traci Gibson Little, who had been fighting a re-occurrence of breast cancer. It was the last time she was able to go out to a social event. Mrs. Little died Nov. 4 after spending nearly a week at Piedmont Hospital’s intensive care unit. Her memorial service will be Nov. 10 at 11 a.m. at Impact Church in East Point.