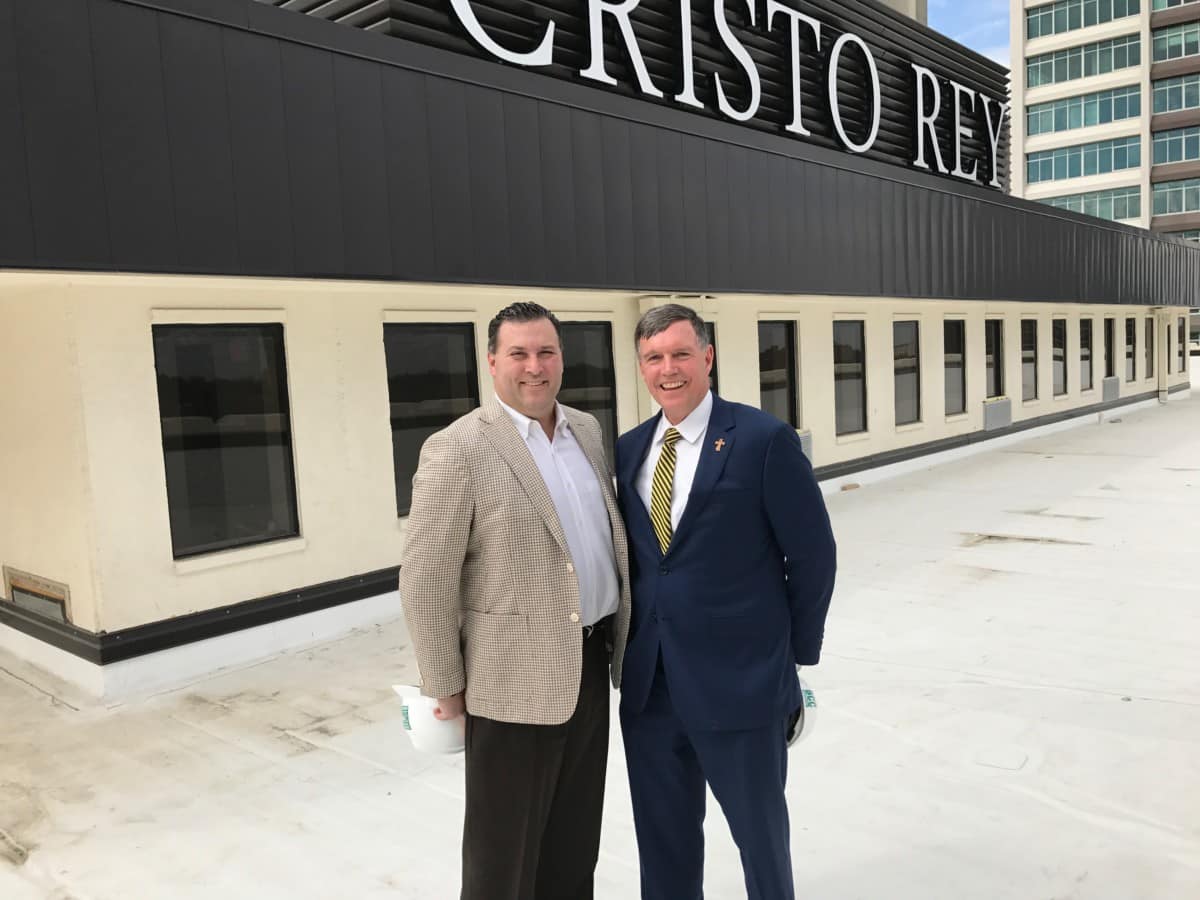 By Maria Saporta
As published in the Atlanta Business Chronicle on March 10, 2017

The Cristo Rey Atlanta Jesuit High School must be receiving help from above. The unique high school has been able to exceed its $25 million fundraising by more than $5 million.

It’s an amazing story considering that in December, Cristo Rey was $2 million shy of its $25 million goal. The final amount raised was more than $30.23 million. 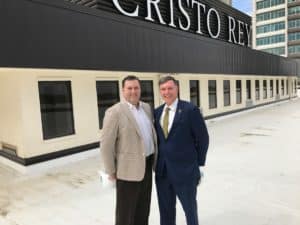 Now Cristo Rey will be able to move into its new downtown Atlanta location in July, and it will be able to fully build out its new parking garage, which will have a “gymatorium” on its roof that will have entrances to the building that was once home to Oxford Industries.

Of course, Cristo Rey’s President Bill Garrett had little doubt the campaign would be successful. The school tore down the old parking deck in December and began construction on the new deck before reaching its goal. And the new gymatorium and deck are under construction, and expected to be completed in October.

“We were building this plane while flying it,” Garrett said. “We really didn’t have any choice because we had to do both projects at the same time.”

It was on Jan. 9 when Bob and Mary Fink made a $1.3 million gift to Cristo Rey that got them to their goal. The gift was made by the Ridgeview Charitable Foundation after the recent sale of the nonprofit hospital Ridgeview Institute, which had been founded by Bob Fink.

“My wife and I feel very blessed and we were glad to be able to make this gift,” Fink said. “Cristo Rey provides an excellent education to those who ordinarily wouldn’t be able to afford it.”

On March 8, Cristo Rey had another blessing. It closed on a New Markets Tax Credit relationship with SunTrust Banks and Invest Atlanta — a deal that translates into $5.1 million in cash for the project.

Steve Ross, a SunTrust first vice president and a New Markets Tax Credit relationship manager, said a project must meet three criteria to qualify for the program — located in a geographically distressed area, evidence of strong community outcomes and one that has strong financial need. Cristo Rey met and exceeded each of those criteria.

“We are really excited to partner with Cristo Rey,” Ross said. “It’s going to have a great impact on kids throughout the metro area.”

In its new location, Cristo Rey will be able to serve up to 600 students, according to Dom Mazzone, a private equity executive who is the board chair of Cristo Rey. Fall enrollment for all four high school classes this fall is expected to be 525.

A unique aspect of Cristo Rey is that all the students work while they are in high school, and Cristo Rey partners with employers throughout the region. Students spend their Fridays working in a job, which prepares them for a career.

Kathy Cote, who chaired the campaign with the support of the school’s vice president of advancement, Camille Naughton, said Cristo Rey “is changing the trajectory of these kids’ lives by opening doors to the corporate world.”

With its expansion, Cristo Rey needs about 25 more companies and workplaces to participate in the program. 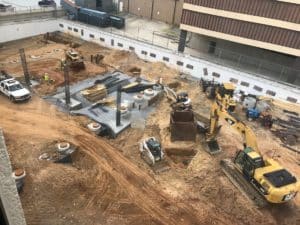 The successful camp;aign meant Cristo Rey was able to begin construction on the garage with the “gymatorium” on top (Photo by Maria Saporta)

“There are Atlanta companies missing out on a wonderful opportunity by not having their workforce enhanced by our students,” Cote added.

The additional $5.1 million from the New Market Tax Credits will allow Cristo Rey to install a mezzanine level in the gymatorium, which will be big enough for graduations and the all-important “Draft Day” when employers select the students who will work with them.