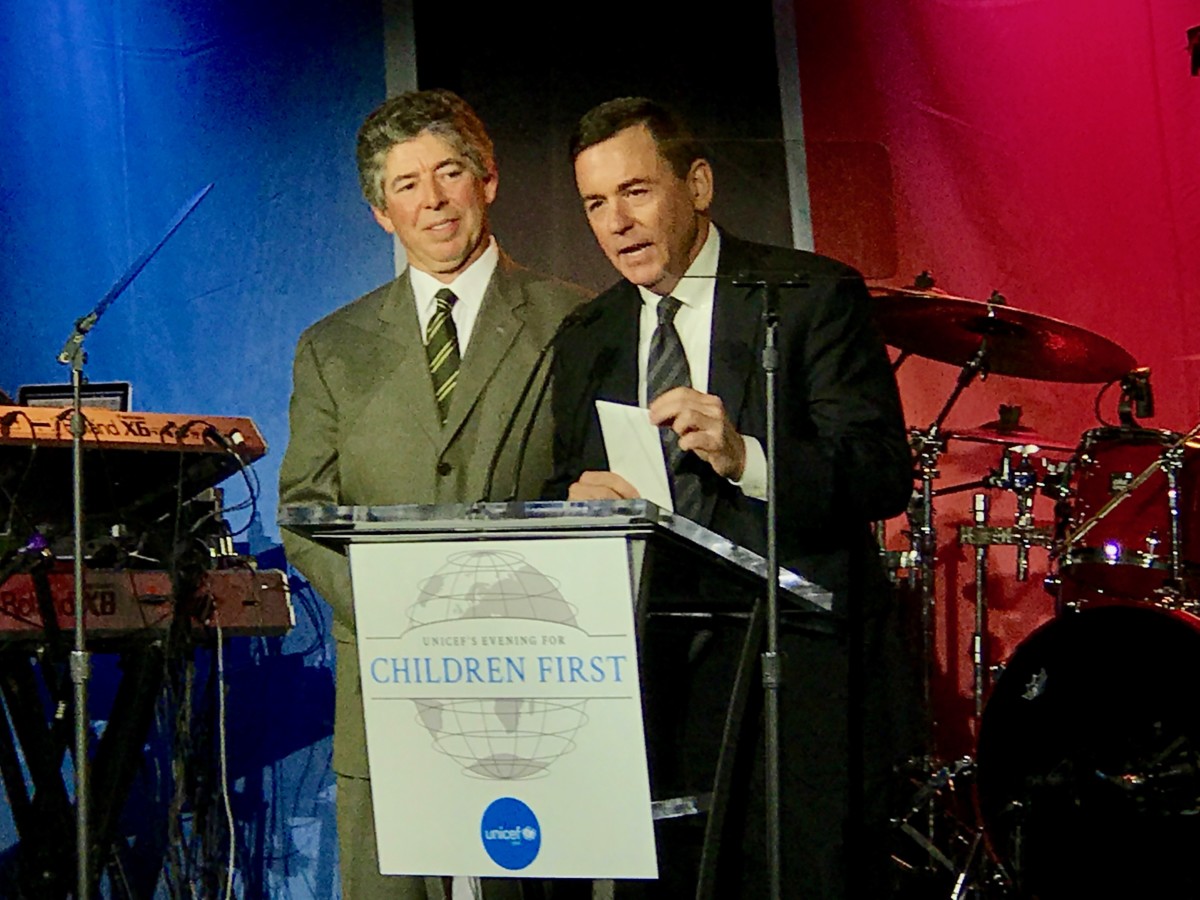 By Maria Saporta
As published in the Atlanta Business Chronicle on March 24, 2017

David Martin, executive director of the Georgia Council on Economic Education since 1982, will be retire on June 30. 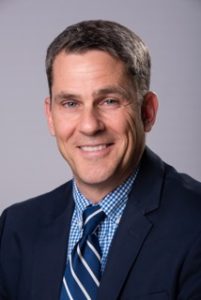 Mike Raymer, the associate director and chief program officer, has been tapped to succeed Martin starting July 1 – running the organization that has helped train tens of thousands of Georgia teachers by strengthening their ability to teach students economics since its founding in 1972.

The Georgia Council helps teachers at both public and independent schools across the state, and Martinhas been coordinating the efforts of 12 college and university-based Centers of Economic Education.

Raymer is a former economics teacher in Fayette County (who won the 2005 Georgia Economics Teacher of the year). 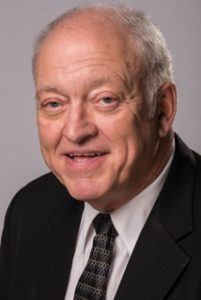 He joined the Council in  2008, and he has been conducting workshops throughout the state, developing curriculum for grades K-12 and producing the National Economics Challenge in Georgia.

The Council will hold its annual lunch meeting on May 16 at the Federal Reserve Bank of Atlanta. Kirby Thompson, SunTrust’s senior vice president for community and government affairs, will become board chairman, following Loren Starr, senior managing director and CFO at Invesco.

The William J. VanLandingham Commitment to Education Award will be presented to Alicia Philipp, president and CEO of the Community Foundation for Greater Atlanta.

Martin also is planning to reflect on his career in economic education. And on the day before he retires, Martin will be recognized as a “Father of the Year” by the American Diabetes Association.

The Foundation of Wesley Woods will be honoring four prominent Atlantans on Thursday, March 30th at its annual Heroes, Saints & Legends Gala.

Hank M. Huckaby, former chancellor of the University System of Georgia; Ann Q. Curry, chair of Coxe Curry & Associates; Bishop John H. Adams and Dr. Dolly Desselle Adams will be honored at the event, which will be held at the St. Regis Atlanta. The funds raised at the event will benefit Wesley Woods Senior Living’s independent communities, which serve more than 1,800 older adults annually. The funds also go towards Alzheimer’s and Parkinson’s disease research and education programs at Emory University.

“Heroes, Saints & Legends gives us all the opportunity to shine a spotlight on the tremendous work these wonderful people have done to improve the lives of so many others,” said Tracy Crump, president & CEO of the Foundation of Wesley Woods. “We look forward to having the public join us in honoring these individuals who help make possible the life-changing work of Wesley Woods.” 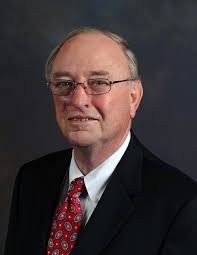 Rev. John H. Adams, retired senior bishop of the African Methodist Episcopal Church; and Dolly Desselle Adams, a retired educator and civic leader; are being honored for their commitment to civil rights and social justice as well as their efforts to increase the awareness of cognitive disorders in African American seniors.

Ann Curry is being honored for her commitment in helping nonprofit organizations realize their missions as well as strengthen their impact. Among the fundraising efforts she has been involved with during her 40-year career include the $325 million Greater Grady campaign, Spelman College’s $150 million campaign, the Trust for Public Land’s $150 million campaign to acquire land along the Chattahoochee River; and the Piedmont Park Conservancy’s $41.2 million expansion campaign.

Hank M. Huckaby, who recently retired as Georgia’s 12th chancellor, is being honored for his commitment to higher education as well as several other leadership positions in state government. He also has been active in the United Methodist Church, serving in numerous positions in the North Georgia Conference as well as at the national level.

At its annual UNICEF’s Evening for Children First event in Atlanta on March 17the Foundry at Puritan Mills, leaders seemed to feel the weight of the world.

“It’s with a heavy heart that I say our job has become a bit harder,” said Caryl Stern, president and CEO of the U.S. Fund for UNICEF, speaking of the 50 million refugee children around the world. “It is the worst humanitarian crisis since UNICEF was founded in World War II.” 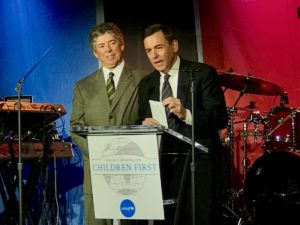 She brought up the haunting images of distressed children and bodies washing up on shores. “How could anyone let this happen to children?” she asked. And then she went to say: “I do believe there’s always light in the times of darkness. You are the light in that darkness.”

As if in response, former UPS executive Dan Brutto presented Barron Segar, UNICEF’s chief development officer (and former Atlantan), with a $1 million check from UPS. UPS has been a major donor to UNICEF over the years, giving a total of more than $8 million.

“We will put this to work immediately,” Segar said upon accepting the check.

That was not all. Tim Mapes, Delta’s chief marketing officer, donated two business class airline tickets to anywhere in the world. He wrote a note to Segar during the dinner to tell him about the donation.

Jeremy Cole, UNICEF’s managing director for the Southeast, spoke of the difference international relief organizations have made.

“It seems today there are forces that are seeking to divide us, but that’s not what UNICEF stands for,” Cole said, adding that in the last two decades, the number of children dying before the age of 5 has been cut in half.

UPS CEO Dave Abney, who was one of the Gala’s co-chairs, said the 2017 giving meant that the event has brought in a total of more than $9.3 million to the Grady Health Foundation. 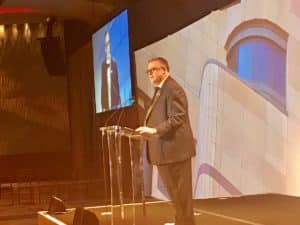 Henry Grady III, the great, great grandson of the hospital’s namesake, said the institution has become even better than his ancestor could have ever imagined.

A.D. “Pete” Correll, a retired executive with Georgia Pacific who chaired the hospital’s board during its recent renaissance and now chairs the foundation’s board, put it another way.

“It’s quickly becoming the hospital of choice,” Correll said. “We are becoming a victim of our success,” as  more and more people are seeking healthcare from Grady.

Correll also said their work is not done. The foundation is raising money for a new Center for Advanced Surgery. And it also is seeking to improve its HIV Center on Ponce de Leon Avenue. “Of course, if we are going to do this, we need your support,” Correll reminded the Atlanta business and civic community.

Previous Article
As tempting as an apparent orphan animal may appear, it’s best left alone: Ga. DNR
Next Article
Time has arrived for politicians to step up and fund transit, mobility