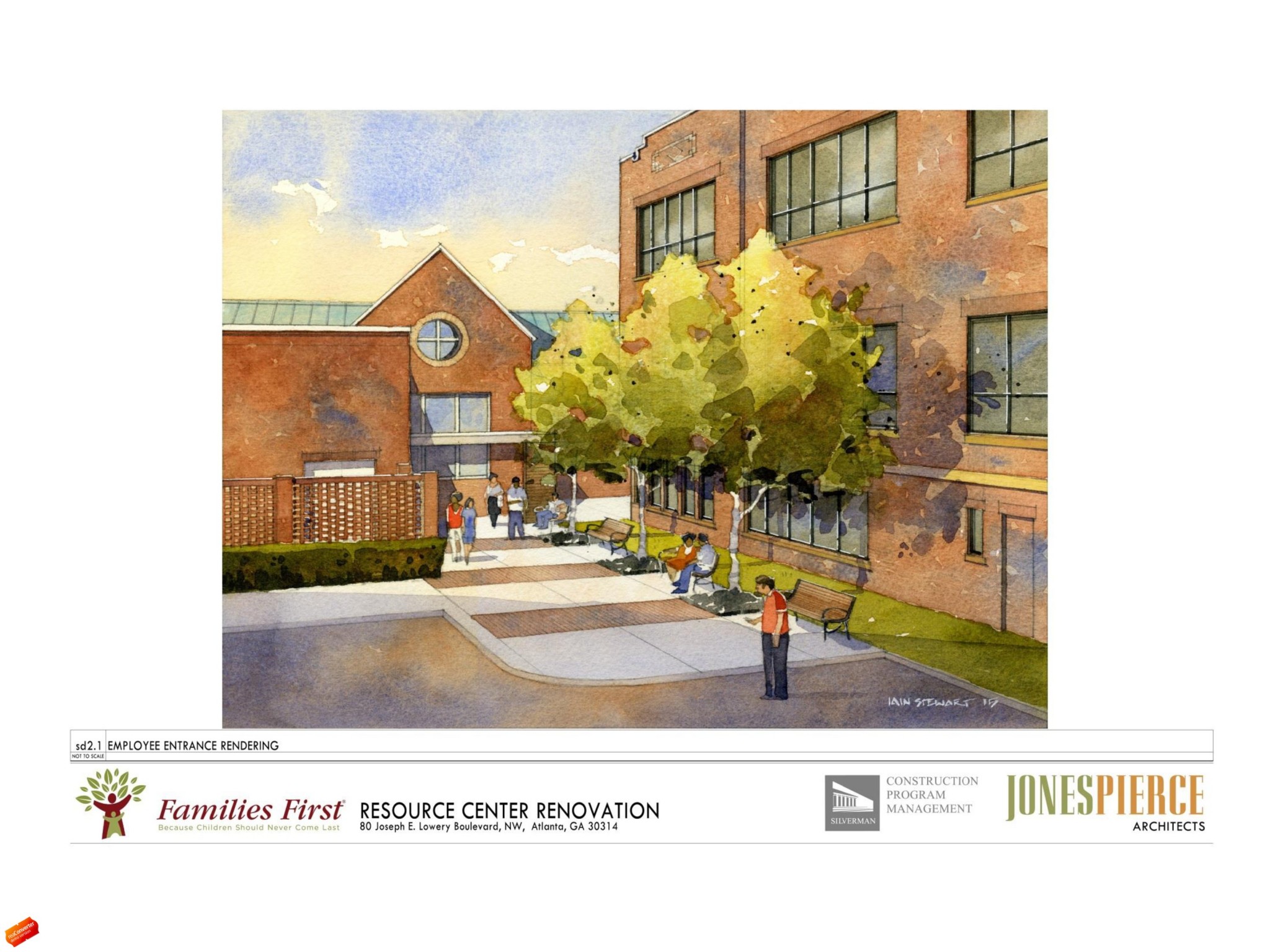 By Maria Saporta
As published in the Atlanta Business Chronicle on September 18, 2015.

How does one move forward by going back? Kim Anderson, CEO of Families First, has found a way.

Families First on Sept. 17 held a groundbreaking ceremony for what will become its new home — the historic E.R. Carter School on Joseph E. Lowery Boulevard — on Atlanta’s Westside. The E.R. Carter School was the first public African-American school in Atlanta. 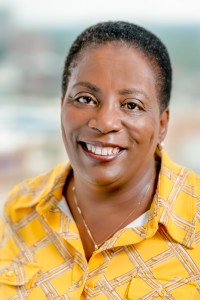 “It is two miles from where we were founded on the Spelman College campus 125 years ago,” Anderson said in a telephone interview a day before the groundbreaking. “Our future and our past are definitely coinciding at the right time and the right place and for definitely the right reasons.”

Families First has had its home in Midtown Atlanta since 1969. In the 1960s, Midtown was a transitional community in need of the services that the nonprofit provided.

“Now it’s a sea of condos and office buildings,” Anderson said — not exactly the population that Families First is serving. “At the root of Families First is how do we eradicate poverty by strengthening families.”

Families First impacts more than 37,000 children and families in Georgia through 11 core programs — offering solutions geared towards improving the well-being of children and the self-sufficiency of families. 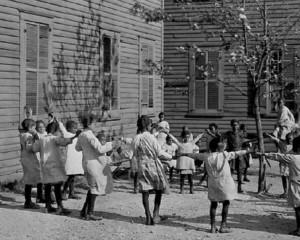 The origins of Families First in Atlanta – the Leonard Street Home for Girls on the campus of Spelman College (Special: Families First)

In order to buy the E.R. Carter School, Families First launched the public phase of a $13.2 million “Family Matters” capital campaign in August 2015.

The major donors include the Robert W. Woodruff Foundation, Cox Communications and the Cousins Foundation. The campaign is chaired by Lucy Vance and Frank Howard, with John and Sue Wieland serving as honorary chairs.

Families First created a strategic plan three years ago to galvanize the community around all children. After putting a contract on the E.R. Carter School in early 2014, the nonprofit purchased the building last September. 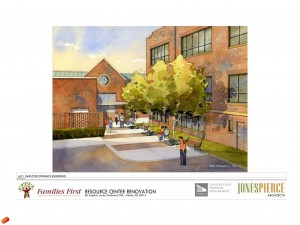 The organization’s history dates back to 1890 when the Leonard Street Orphans Home was established on the Spelman campus. Over the years, through five mergers, the organization was renamed “Families First” in 1987.

“Our mission remains the same,” Anderson said. “To ensure the success of children in jeopardy by empowering families.”

Although it was not headquartered on the Westside, Anderson said Families First has been working in the area for 125 years , and it has had an office in the community for 30 years. It is not a newcomer to all the focus now being given to the area as a result of the new Atlanta Falcons stadium being built across Northside Drive.

“This was not about being new to the scene. This is about how we live our mission and who we can bring to the table,” Anderson said. “The communities on the Westside have a lot to offer. We are just adding value to what already exists.”

The Blank Foundation gift means the nonprofit is close to reaching its campaign goal of nearly $7.3 million.

“We are so honored to receive this grant from the Arthur M. Blank Family Foundation,” said Janice McKenzie-Crayton, president and CEO of BBBSMA. “Mr. Blank and his family have been long-time supporters of our agency, and having this gift from such an amazing civic leader means the world to us. Our new building has made a tremendous difference for the children in our program, and we look forward to spending many years at 1382 Peachtree Street.”

The Blank gift was announced Sept. 11 at the BBBSMA Legacy Gala held at the St. Regis Hotel in Buckhead. The event also raised more than $570,000 in net proceeds to support ongoing operations of the nonprofit agency. Arthur Blank and his fiancée, Angie Macuga, chaired the prestigious black-tie event.

“The value of mentorship on a young person’s life is priceless,” Blank said. “Knowing firsthand the remarkable work being done by Big Brothers Big Sisters of Metro Atlanta, the gift from our family foundation is one of the best investments that we can make to change the lives of children for the better.”

The House at 1382 Peachtree increases the impact of the agency’s programs. Every facet of the building has been designed to enhance the experience of Bigs, Littles, parents and staff. Key improvements include increased opportunities for onsite training and education activities, including workshops on topics including healthy living, financial literacy, STEAM careers, college preparation and financial aid.

The House also is highly visible and accessible, and the no-show rate for program participants has decreased by 12 percent. It is also accessible by public transportation. The house was designed to put children and parents at ease, with a large, family-friendly waiting room and interview rooms.

Since moving into the house, BBBSMA has seen an increase in longer-term matches for its community-based program. The average match length increased from 33.7 months in 2012 to 43.3 months in 2014.

Please forgive Milton Little, president and CEO of United Way of Greater Atlanta, if he starts talking about world domination.

When he’s around Bill Rogers, the CEO of SunTrust Banks, he gets carried away.

On Sept. 15, SunTrust kicked off its 2015 United Way campaign at its Garden Plaza offices in downtown Atlanta. It was there where Little announced that SunTrust has 141 members in the de Tocqueville Society, which is for donors who give $10,000 a year to the charitable organization.

SunTrust has more de Tocqueville donors than any other one company in Atlanta.

Atlanta has a total of 1,020 members in its de Tocqueville Society. And Rogers urged his colleagues at SunTrust to continue their world domination, all in good fun of course.

Only five years ago, SunTrust only had 22 de Tocqueville members. That also reflects the growth in the bank’s overall campaign. In metro Atlanta, SunTrust employees and the company gave $3.5 million to United Way during last year’s campaign; and $6.6 million nationally.

“As goes the SunTrust campaign, so goes the United Way campaign,” Little told the gathering of SunTrust employees that Tuesday morning. “It is one of the bellwethers in our community.”

By the way, United Way was able to give away 29,000 meals this summer to metro Atlanta children who were out of school in its “Silence the Growl” campaign.